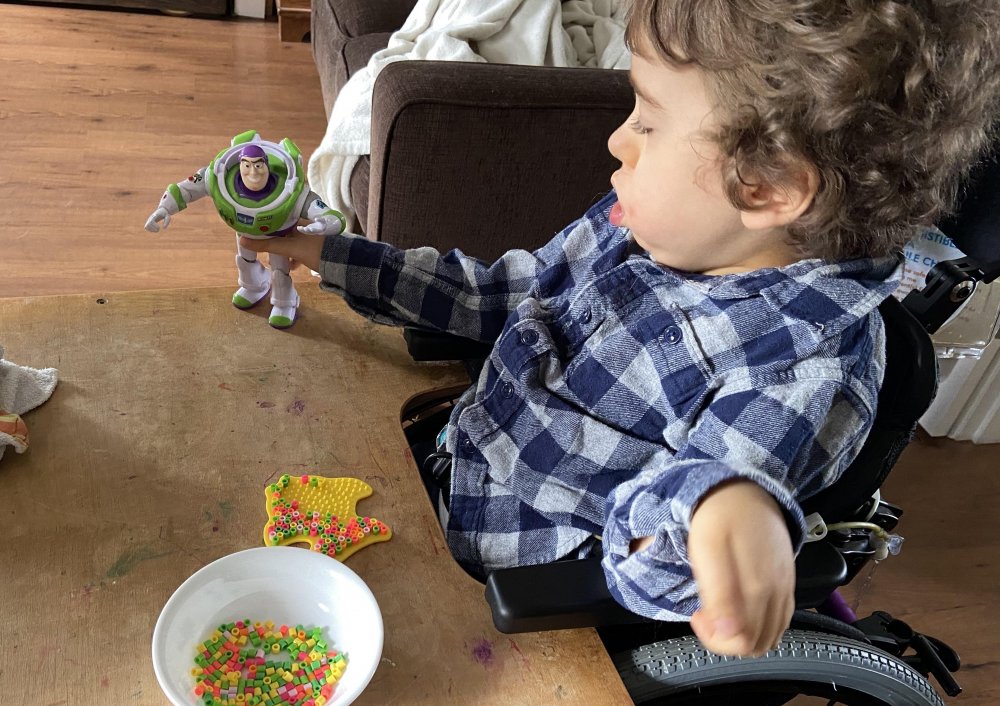 Also on March 3, 2021, Emmett's Aunt Katie and Uncle Josh had a baby boy who is named Elias Mark. Elias lives in Australia! Elias, mom and dad are now at home and all are doing well! 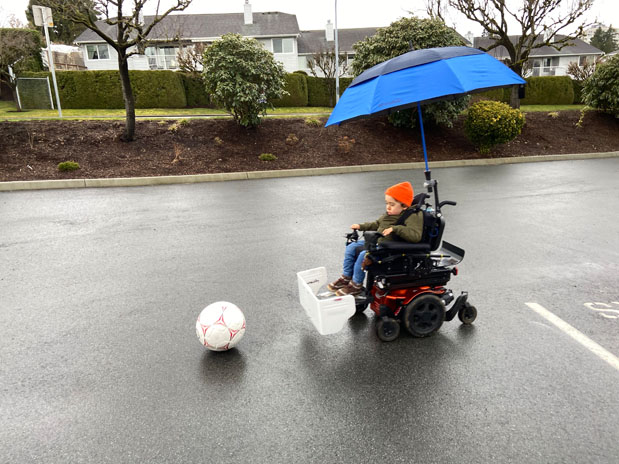 At BC Children's Hospital, everything went well. As you can appreciate, the POKE (as Emmett calls a lumbar puncture) not a highlight of Emmett's week, but he did enjoy seeing a lot of his favourite people at BC Children's Hospital. Plus, he got presents - a Woody the Cowboy and Buzz Lightyear figure set! He doesn't have a dozen of each yet, and he loves them! Seriously, the little kid who has been Woody the Cowboy for the last four Halloween's loves Toy Story toys and he will never have enough!

But enough of that. Did you know that Emmett is a soccer player. Did you know that 2 days after his lumbar puncture that Emmett was out playing soccer? Well, not on a team yet but maybe that will happen soon! You know how last blog we showed you a picture of Emmett playing soccer with a cardboard soccer bumper. Well, that proved to be a bit more dangerous than deemed safe. We were going to rethink our approach when we found out about Sportsablitly BC and we reached out to them. They have provided us with a loaner wheelchair soccer ball and a universal power soccer guard - one that won't allow the ball to go under the chair and risk causing a roll-over (that did not happen with the homemade cardboard one - but it was close!) 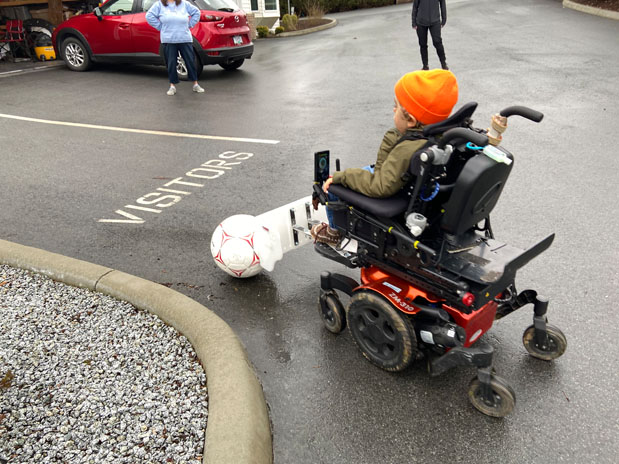 Huge thanks to Cheryl who introduced us to Jade at Sportsability BC, Emmett was very patient while Jade was hooking up the universal soccer guard to his power chair, but as it was almost bolted on Emmett said, "Let's Go! I want to play soccer!". And while it was a wet and windy day, we went out and had a lot of fun playing soccer. It was fantastic. Sportsability BC - thank you for making a little boy's day!

March 9th is Emmett's 6th Birthday. Stay tuned because you know that we will be celebrating - in a very pandemic responsible manner!