Since being in beautiful British Columbia last fall, Pamela and I have felt two earthquakes. Light tremors that made you sit/stand up and say "What was that!". Prior to that in Ontario, I can only recall feeling one tremor. But, feeling these tremors of the earth I am positive that it is what Luke, Yoda, et al were experiencing when they would exclaim that they could feel the force.

The Spinal Muscular Atrophy Community is currently abuzz with reactions to a tremor that has positively shaken all of us. A force that is very positive and worth noting. You see, this disease which medically had no options and which doctors' best advice (for Type 1) was to help make your little one comfortable and happy as there was not a medical option -- now has an option looming in the not too distant horizon. Medical hope. It isn't that there wasn't hope before - the human spirit is massive and there is always hope. However, little ones with SMA have had massive odds stacked against them. There was literally no medical cure. Indeed, when Emmett was diagnosed just over a year ago that is what his parents were told. But they were also told about an experimental drug trial that might be a possibility - and they latched on to it. I must tell you, I was not in favour of our little grandson being part of a medical experiment. The medical team at BC Childrens Hospital was so welcoming and caring that they convinced Alisha and Josh - who convinced the rest of us - that Emmett had to be in this trial. We are so happy that he is.

At the beginning there were so many questions about this blind study. Much heartache as we dealt with the effects of SMA on Emmett's tiny body. Much Joy as we saw a reversal of the decline. For those of you who have been following Emmett's Journey, you have seen the growth and development of Emmett's body as the messages from his brain started getting through to his muscles.

There were about 120 little ones, all no more than seven months of age, from around the world involved in this drug trial. One third of the participants got a placebo and not the drug. We do not know for certain if Emmett got the drug - because that was part of the blind study. The primary physicians did not know. We do know, however, that we all have seen the progress that Emmett has made throughout this past year. In this disease in which children do not improve, during this blind study we have been non-medical observers and noted that Emmett HAS improved. Our guess is that yes, he got it. We can tell you that Emmett is in an extension study (called SHINE) for patients involved in the previous study. There is no question, he is now getting Nusinersen.

Biogen and Ionis (two pharmaceutical companies) have completed the rolling submission of a New Drug Application to the U.S. Food and Drug Administration. Biogen is also planning to make submissions in other countries. This drug, Nusinersen, means that parents will no longer hear that there is no medical hope. Nusinersen is HOPE! That is the tremor that has been felt around the world. This drug cannot be made available fast enough. And this is where the entire SMA community has felt the tremor. Nusinersen means so much. The need to see this drug made available quickly is so necessary.

Link to CureSMA's Update on Nusinersen. 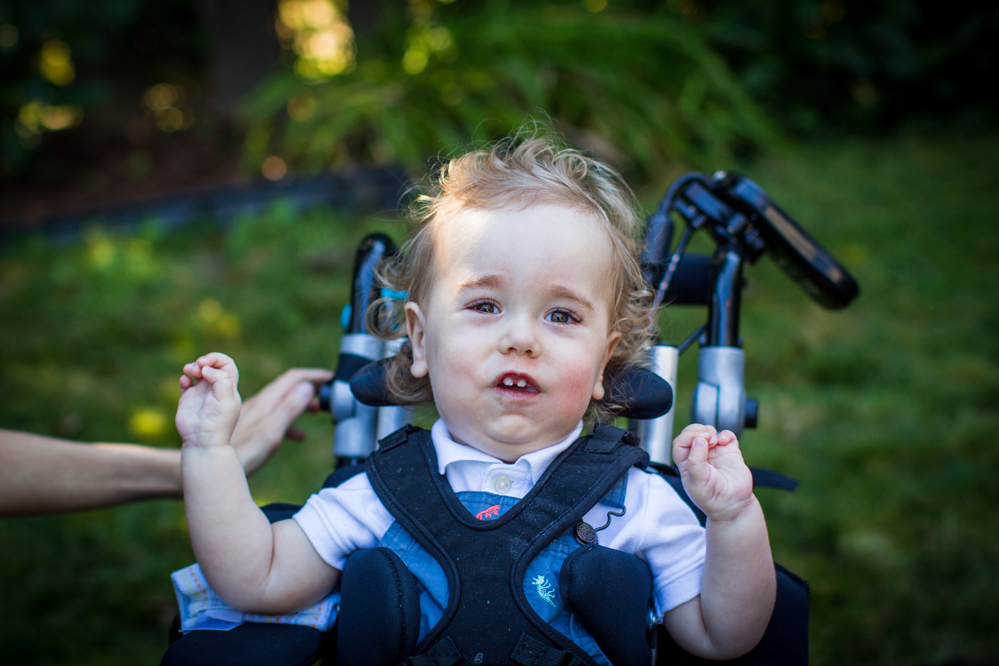 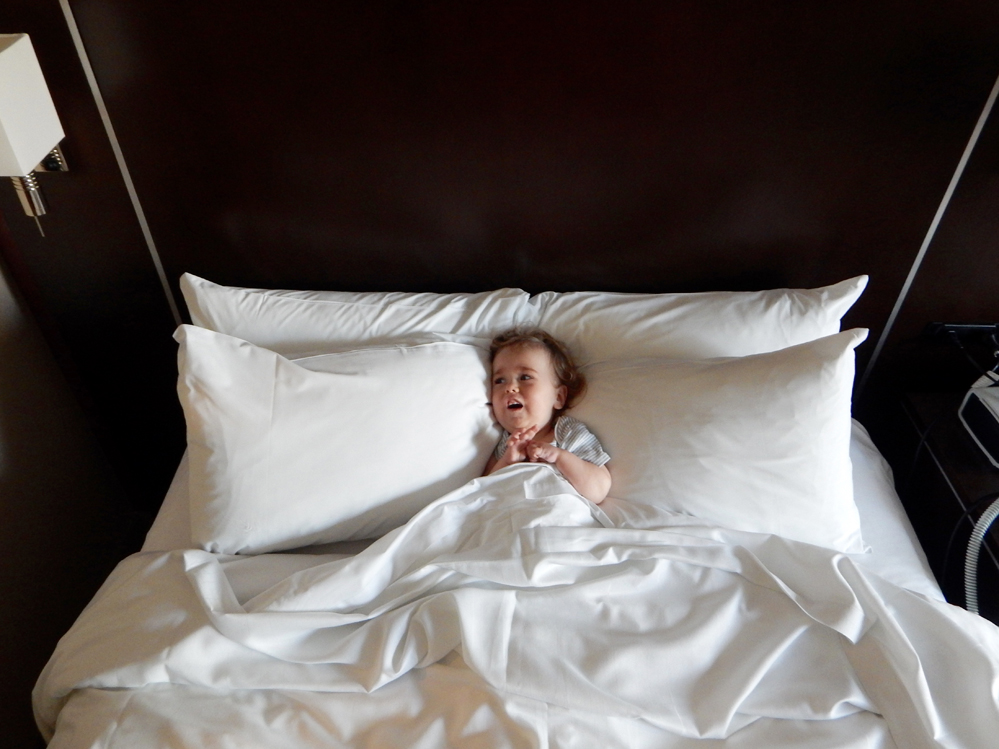 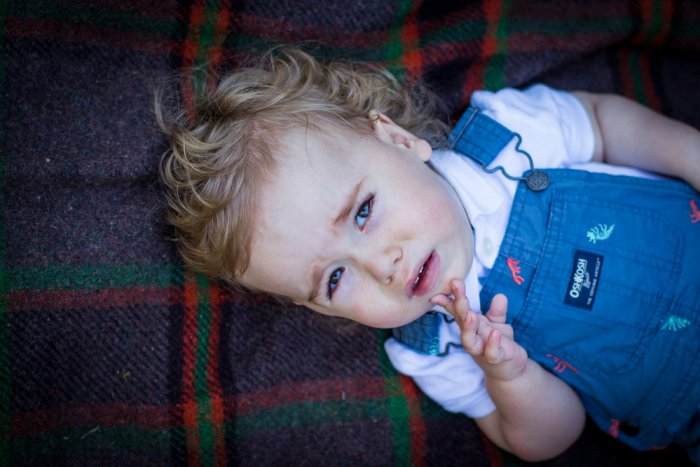 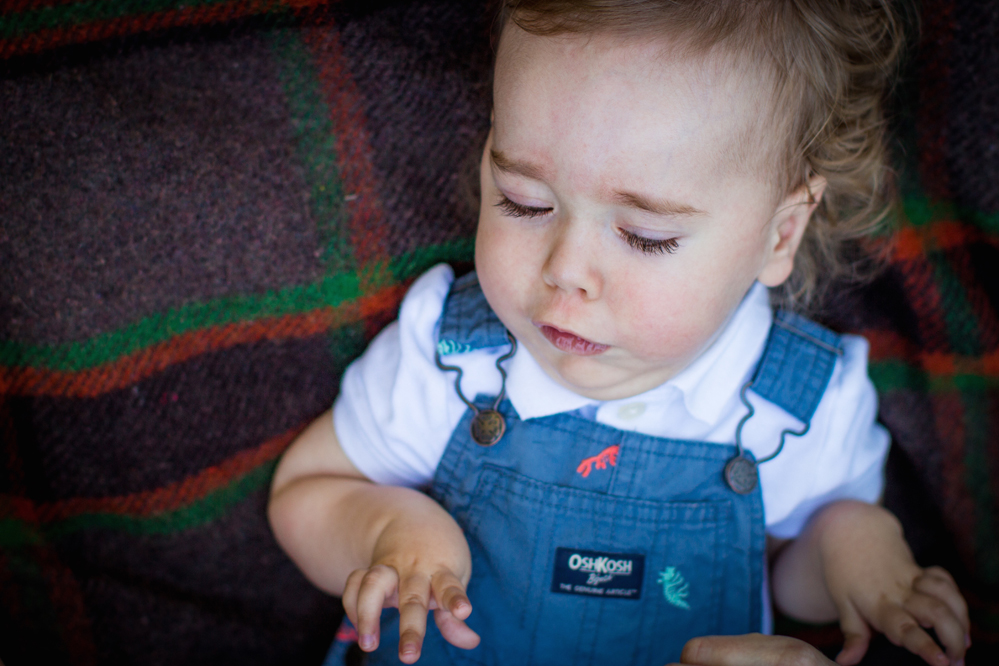 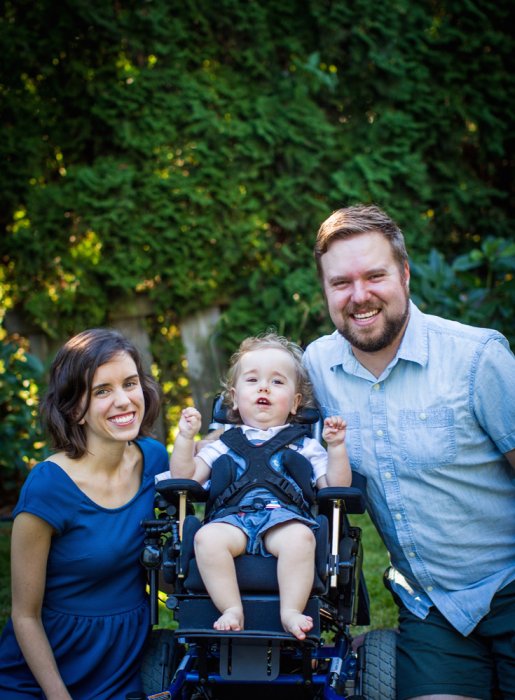 This Boy Can Drive!

Put Emmett in his Power Tiger chair and he's off. He has moved way beyond circles and he can manipulate the joystick to get exactly where he wants to be ... which may not be where the adult with him wants or expects! In fact, he even demonstrates street safety. Towards the end of the video he is on the driveway and heading towards the street - but he stops and turns back! Is it because the driveway is a bit bumpy and he doesn't like it? Or is it because he has heard 'stop' so many times as he has gotten to that point on the driveway? Either way, it is impressive.

Emmett has come so far and in this blog we have certainly focused upon that. Playing catch/soccer by using his chair to capture the ball! Wow. This is literally the first time he's played with the beach ball. Waving bye to his mommy and daddy as they head out - just so cute! Yes, Emmett has come so far. The reality is pretty evident, however, that Emmett faces huge struggles - even as a toddler. However, rather than focus upon these very obvious challenges we love highlighting the fantastic things that we see. Accentuating the positive!

But being positive is a challenge for Emmett today, because his Power Tiger chair is malfunctioning and there's no one to contact on Labour Day weekend.

Way to go Emmett...great driving skills and I particularly liked how you chased down your grandpa! Go big or go home...try an exercise ball next time and practice your soccer dribbling skills ;). You have an amazing team...love watching all your progress.. Love the Gooches.
Guest Comment 5 years ago
Site Visitor
+1

Hello there, I am currently exploring grade 6 with an 11 year old girl who has SMA type 1 and just wanted to say...bad days come, good days also arrive too...keep smiling and enjoying each and every minute!
Guest Comment 5 years ago
Site Visitor
+1

Wow! I love the implemented street safety skills Emmett! You make your parents and grandparents proud! Hope your chair gets repaired quickly so you can be motoring around again. Love
Categories
Archives
/dailyweekly-thoughts.php
Site proudly sponsored by OSM | Powered By SiteApex