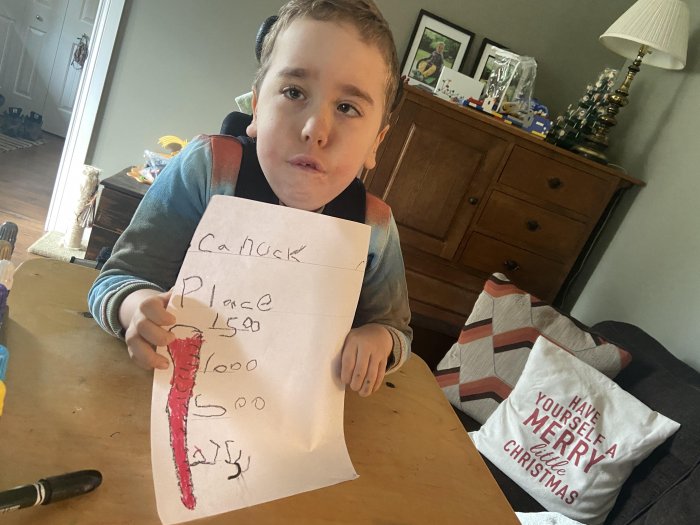 Emmett's Goal of $1000 has been met and surpassed in the first seven days - the current total is $1375.00. This Canuck Place Fundraiser held by the Orange Hippos is going on to December 10th; do you think that it is possible that we might break through the top of the thermometer! Maybe even exceed last year's total of $1900! When you donate today, your contribution will support kids and families at Canuck Place. And, if you donate before Nov. 30, your gift will be tripled thanks to Canuck Places' generous matching sponsors LMS Reinforcing Steel Group and friends, Nicola Wealth and friends and Coromandel Properties. 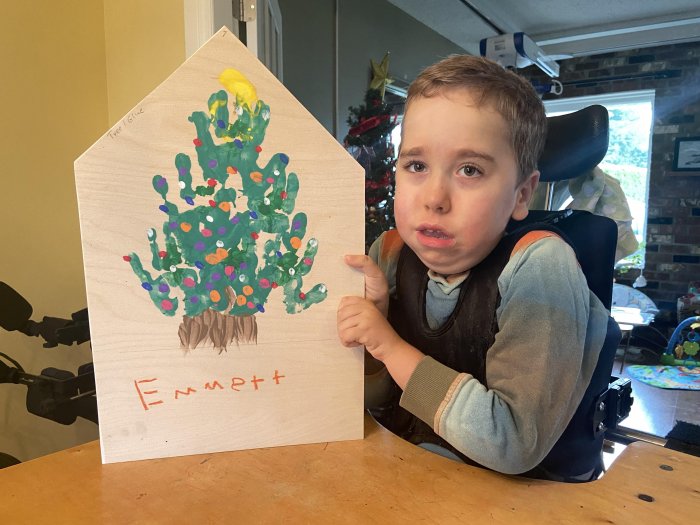 In our last post we shared some of the woodworking details that Emmett and I have been doing. Today, the next part of the reveal let's you see some of Emmett's art - you'll have to watch the video to see the Special Guest Artist that Emmett invited to help out! (Well, if you keep scrolling you'll see the special artist too!) 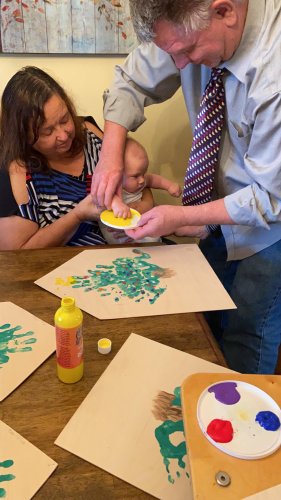 The Orange Hippos Are Fundraising for CANUCK PLACE!

Who are the Orange Hippos?

Well, Emmett is the Orange Hippo and everyone who supports him is part of his Orange Hippos' team!

2021 has been a year that western Canada, BC specifically, won't forget for years to come. Not only the second year of the pandemic with many restrictions, but summer saw an extreme heat wave hit which was followed by extreme forest fires. Then this November an extreme atmospheric river dropped over 150mm and more over our province which led to extreme flooding, mud slides, and the west coast being cut off by land (road and rail) from eastern Canada.  There is a lot of turmoil and concern - and there is no exaggeration in the multiple use of the word 'extreme'.

Want to join the Orange Hippos? Well, you're already an Orange Hippo because you're reading this. If you'd like to support the many children and families who are supported by Canuck Place Children's Hospice, you can click here to make a donation: https://my.canuckplace.org/orangehippos

Emmett and I are working on a special project that will be given to one person who makes a donation to Canuck Place. Stay tuned! Emmett has a lot of work ahead of him - in this video Emmett is supervising my work.