Off To See His 'People'!

Update from Alisha and Josh at 1 P.M. PST Wednesday. 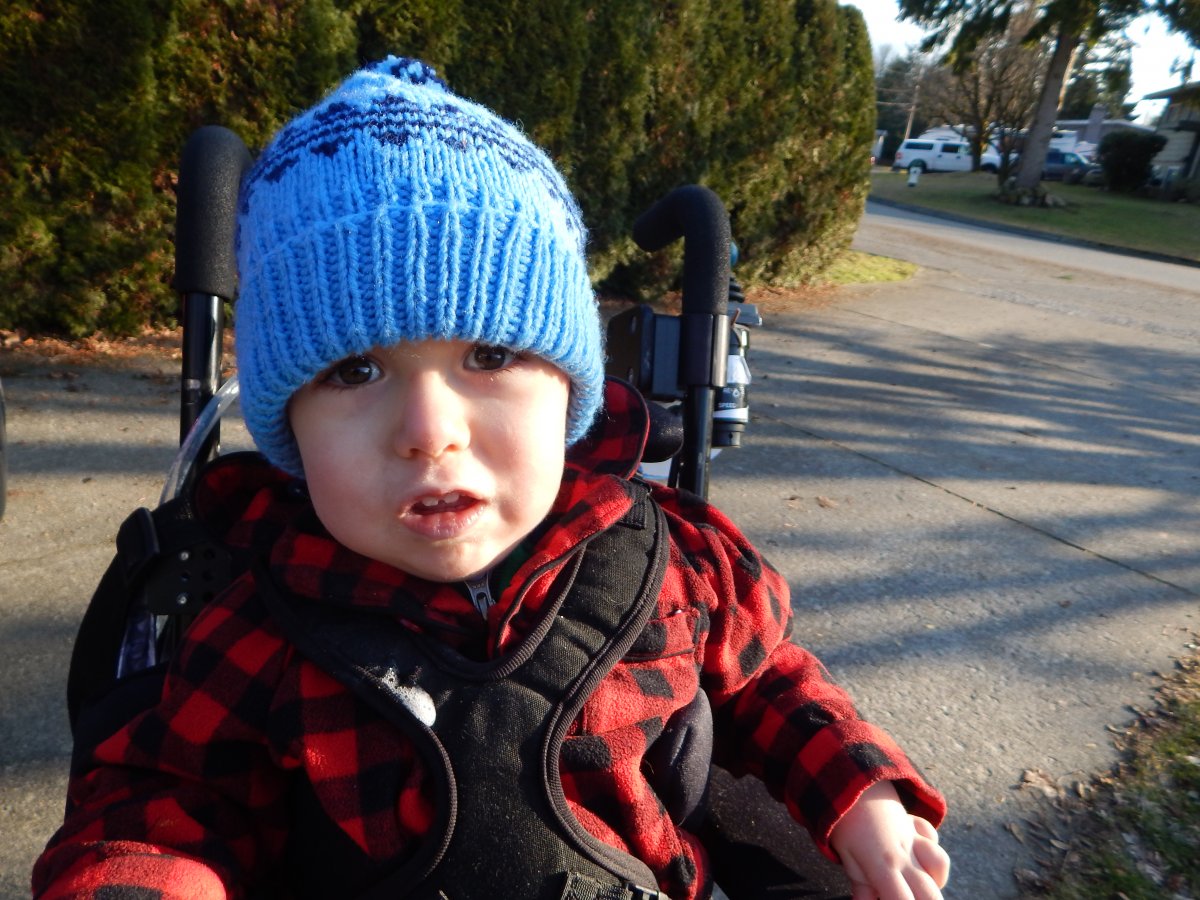 Emmett is heading to BC Children's Hospital where he will have a variety of appointments and, most important, another lumbar puncture and injection of Spinraza. We are praying and hoping that this goes smoothly for you, Emmett! And you too, Alisha and Josh.

Meanwhile, it's time for a short clip of Emmett doing his favourite things. Playing in the bathtub and driving his chair outside!

Have as much fun as you can at the Children's Hospital and Canuck Place. Enjoy visiting your friends! While we are cringing at the thought of the lumbar puncture, we are optimistic about what the results will be. 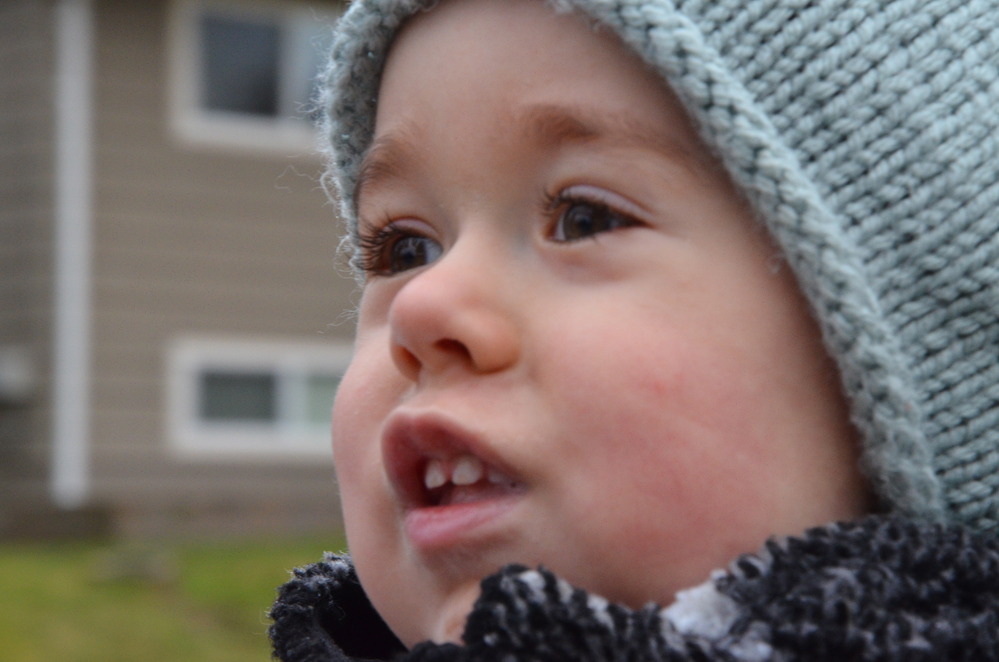 On March 9, 2017 Emmett will be two years old and the celebrations started last weekend. Here in beautiful British Columbia our trip to the Vancouver Zoo was altered due to the temperature hovering around zero with a mix of rain and snow falling. Terrible weather. An outdoor trip was absolutely not a good idea so we did the next best thing ... we went to a pet store! For Emmett this may have been even better. You see, Emmett really hasn't been in a store since he was about five months old so this was an exciting experience! The sensory stimulation entering the store was fantastic. Lights, colours, fish in aquariums, rodents (in cages), amazing little song birds, and ... giant ceiling fans! Plus huge aisles that, once Josh felt Emmett was beginning to pay attention to what was immediately around himself, Emmett got to cruise up and down in his chair. Some aisles more than once but pretty sure that Emmett got to all of them! Like many of our videos, this one is long and rambles about. You'll see Emmett selecting a fish to take home. There's some suctioning. And at the very end you'll see Emmett getting strapped into his car bed. He cannot stay in his chair while being transported. 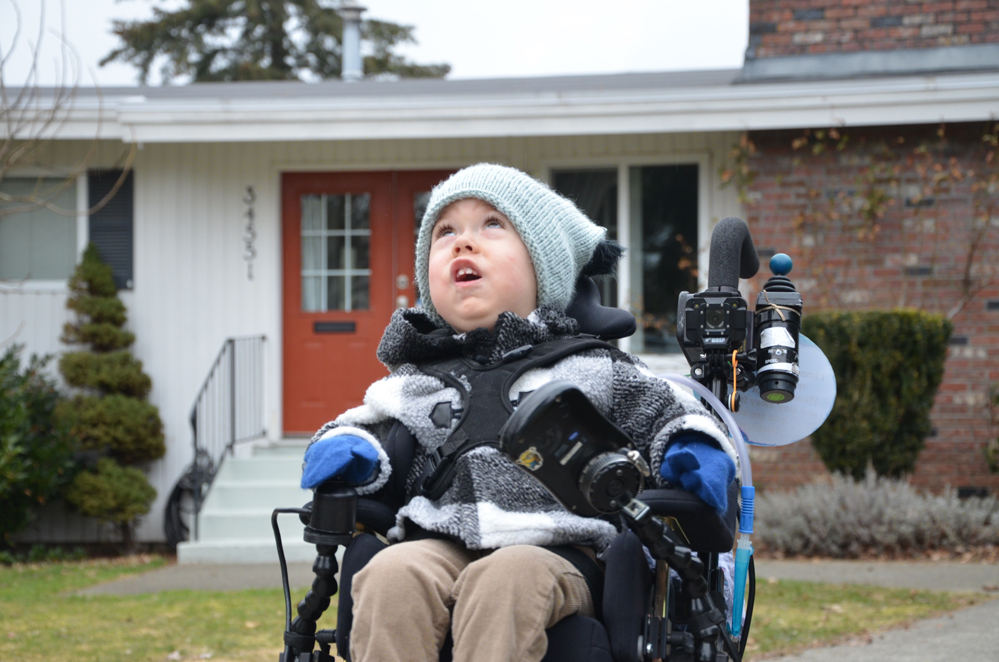 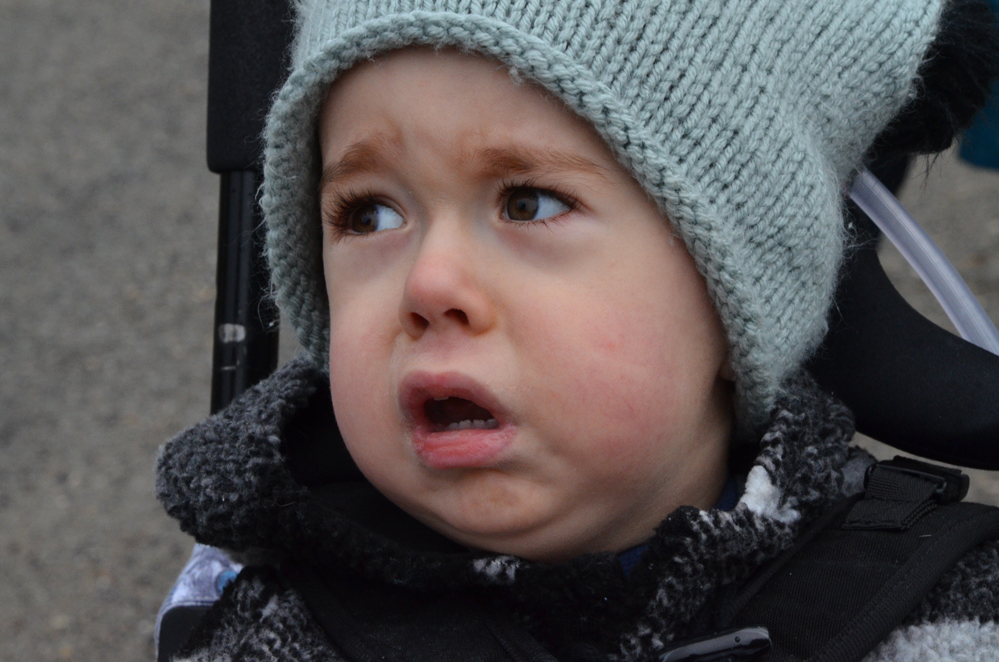 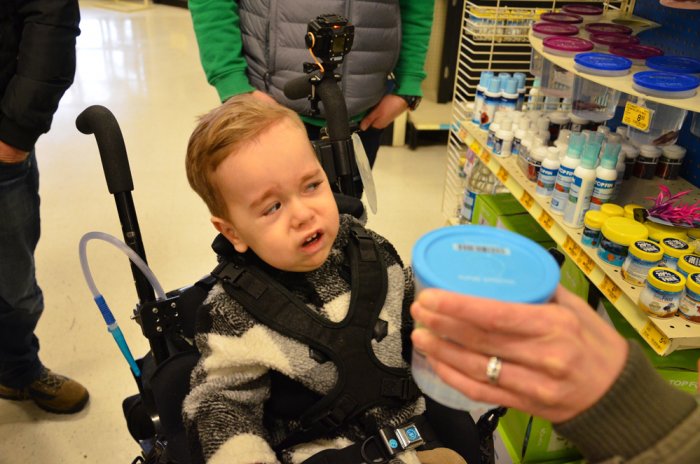 Lower left - wanting to forget the fish and continue driving! At home playing with cars and trucks - while the fish is watching.

We are winning this fight right now but the battle against Spinal Muscular Atrophy is a lifelong one. 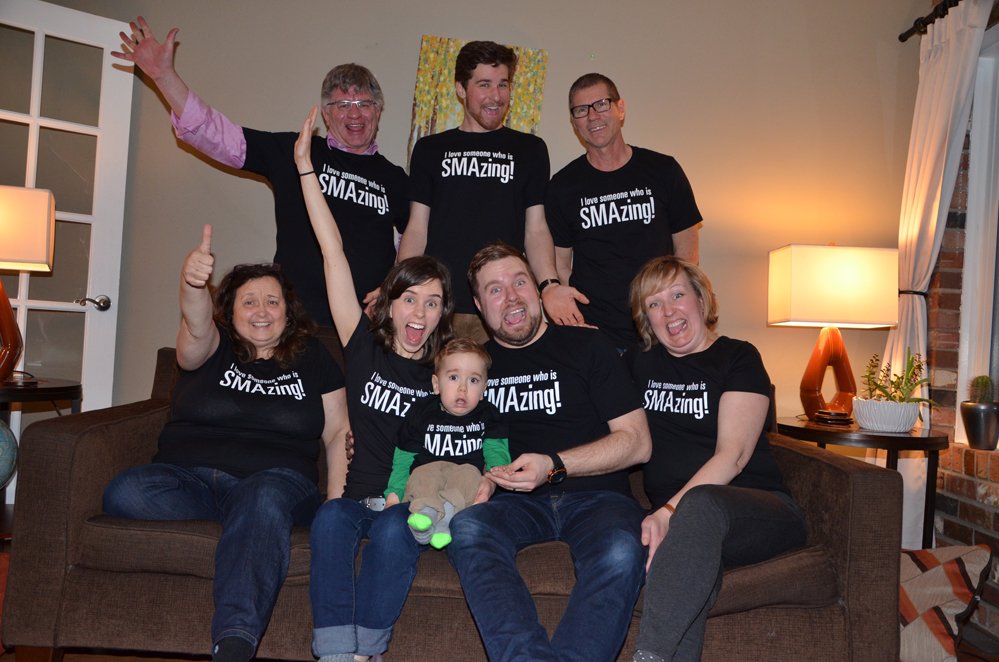 We all love someone who's SMAzing. Aunt Jennie, Uncle Ben, Aunt Katie, and Uncle Josh weren't able to join us for the birthday celebrations but we know they were celebrating with Emmett. Aunt Katie and Uncle Josh were planning on visiting the Melbourne Zoo on the same day we were at the Vancouver Zoo - but obviously that didn't happen. Emmett, meanwhile, was mesmerized by the camera which was using the auto-timer (flashing in advance) to snap the photos. 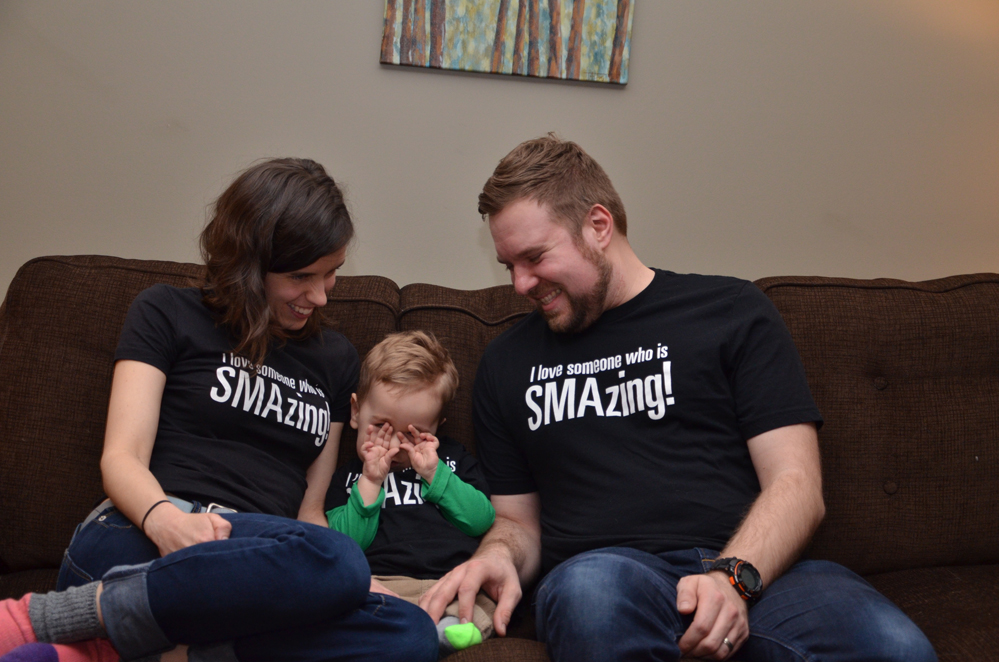 At the end of the day Emmett was getting tired of having his photo taken but then he's having fun playing hide and seek.

Emmett, you truly are SMAzing and we all love you!

To all of you who follow Emmett's Journey, we truly thank you for your prayers and support. Your kindness and thoughtful comments and emails truly are appreciated. Two years old! What is next for this SMAzing young man! 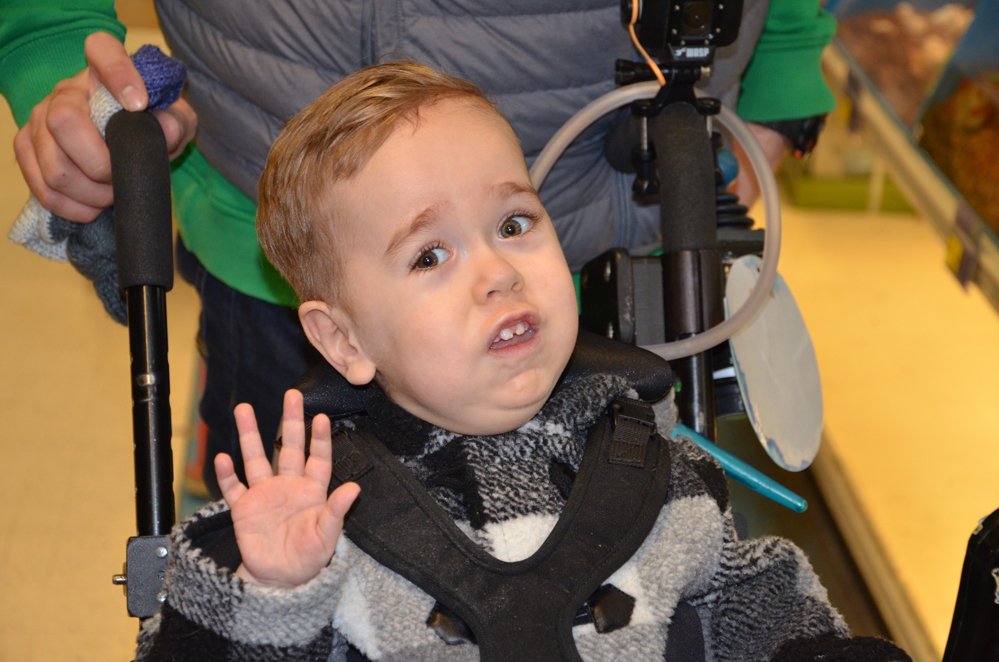 HAPPY BIRTHDAY, EMMETT!!! We hope you and your family have lots of fun celebrating this great occasion!!! Love to all, Uncle John, Aunt CarolAnn
Guest Comment 5 years ago
Site Visitor
+1

Happy Birthday Emmett! You are an amazing boy and you have an amazing family!
Guest Comment 5 years ago
Site Visitor
+1

Happy birthday sweet Emmett..... 2 years! Only God knew this journey that you and the family have been walking and what lies ahead..... we pray you will know how loved you are by SO MANY people around you!
Guest Comment 5 years ago
Site Visitor
+1

Our friend and mom in Japan writes (Google translation) Emmett, you are having your 2 year old birthday! The pleasure of your family and Emmett is also our pleasure. I will pray your future. From a mother in Japan.Dear Mom in Japan, Thank you so much. We pray for your little one, your family, and for yourself. Thank you for keeping in touch with us!親愛なるお母さん、ありがとうございました。あなたの小さな人、あなたの家族、そしてあなたのために祈っています。私たちと連絡を取り合ってくれてありがとう！
Guest Comment 5 years ago
Site Visitor
+1

I loved watching Emmett watching his hand! You all must have your phones with you always, ready to record such gems. Happy belated birthday to this precious boy! Blessings to all, Luella Meighe
Categories
Archives
/dailyweekly-thoughts.php
Site proudly sponsored by OSM | Powered By SiteApex