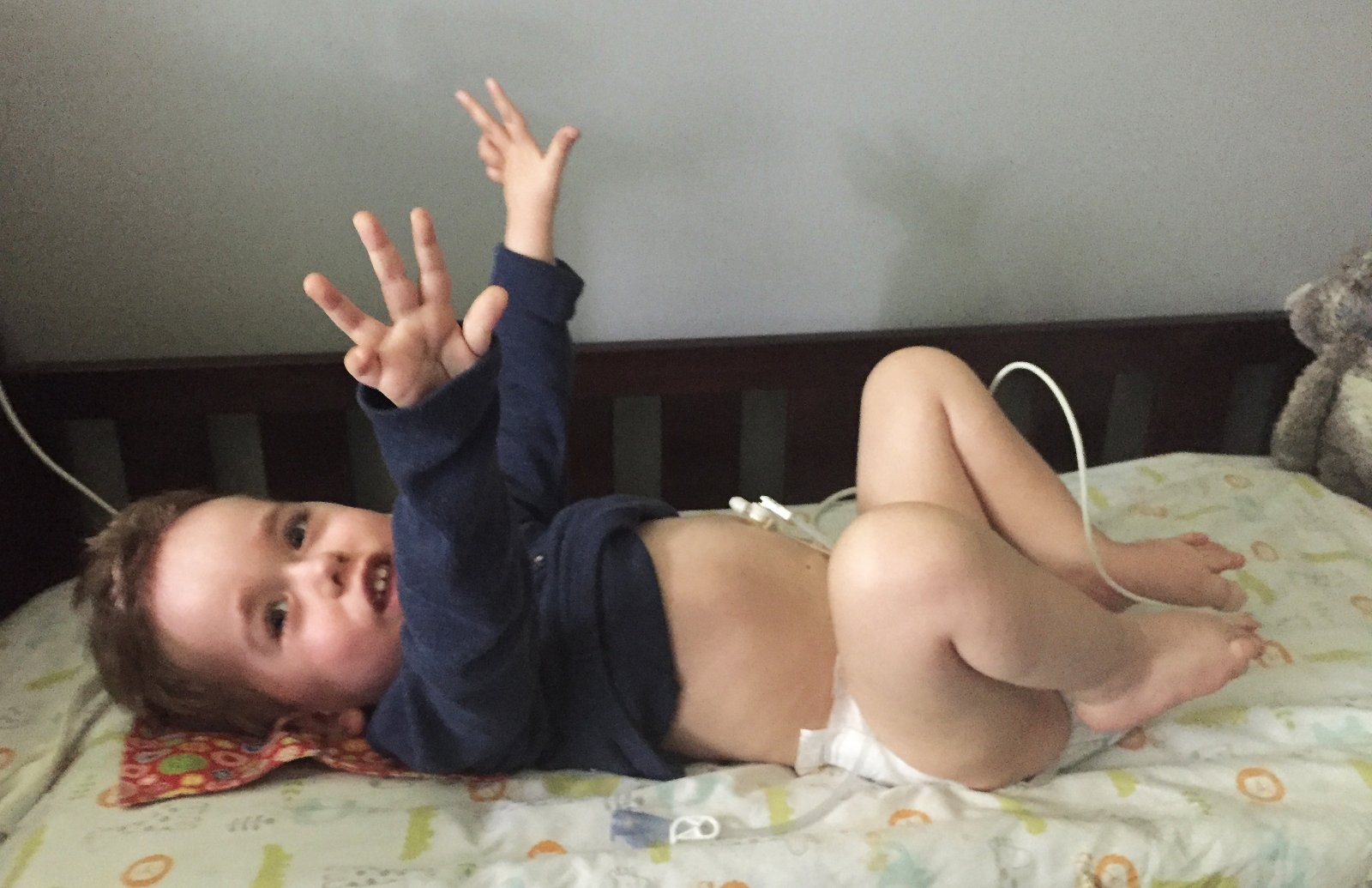 Up! What a common word for a little one around the age of two. It is used so often. To get mommy or daddy to pick them up. Perhaps to describe what needs to happen to a toy that has fallen. Maybe to express the feeling of making their way up the stairs ... or being carried up the stairs. After going down a slide it is very appropriate for Up! Up! Up! to describe the need to go back up and down the slide again. Emmett and I used to have the routine of reaching up to the ceiling (sort of like in the Lion King) so that Emmett could touch his ceiling airplane light in his bedroom. It was a must happen ritual when I had the opportunity to put him in bed for his afternoon nap or to sleep for the night. It was repeated for many days ... but Emmett has moved on from that. So when I heard this refrain as he was in bed and I was setting up his equipment for nap time, I wondered if he wanted to reclaim this ritual that has passed by the wayside. But then quickly 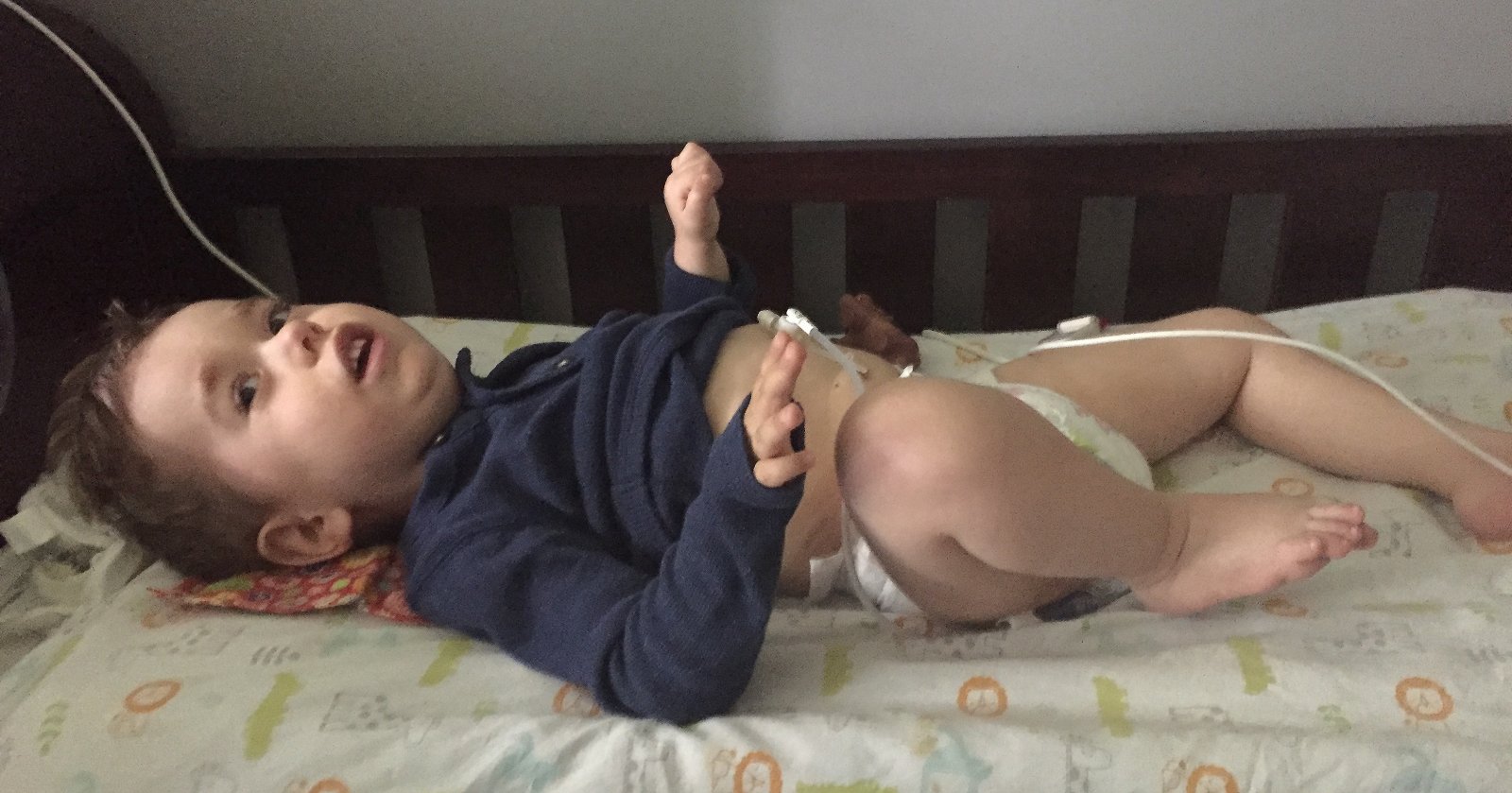 set that aside with the realization that this two year old simply wanted to get up out of bed to continue playing. Imagine my surprise to turn and see him smiling at me, repeating Up! Up! Up! and touching his knee, which was raised up towards his chest as he was lying on his back. Very proud of himself and wanting me to see it. Maintaining his raised knee, with his foot off of the mattress, he then followed suit with his left leg. He's done this before, of course, and his mom and dad have observed it many times. Pam and I have seen it in water, but not like this. It was pretty exciting. To top it off Emmett raised both hands up into the air in a form of celebration and pure enjoyment of life. [Normally we do not show diaper pics, but this was such an amazing moment that we hope you will pardon the additional exposure that we are sharing in these photos.] 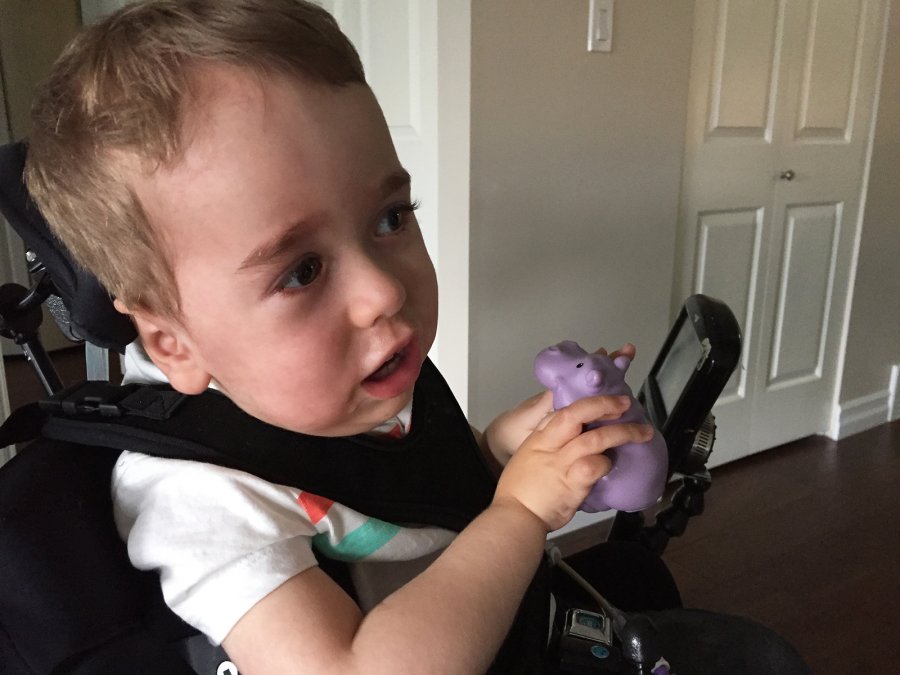 Enjoyment of life ... Emmett truly enjoys life. The drug that provides Emmett with these new pathways for the messages to traverse the nerves in his spinal column is still experimental in Canada. We hope that it is passed soon. That is a major hurdle. It may pale beside the next hurdle which is finding out how this extremely expensive drug, the only one that works on this rare genetic disease, will be funded to allow Emmett to continue to receive it. The trial he is a part of continues through to 2018. What happens after that? Will the drug be approved in Canada? Will there be funding for it? We don't know. There are no answers to those questions yet.

What we do know is that this drug, Spinraza, is life changing for those afflicted with Spinal Muscular Atrophy. Emmett was diagnosed with this genetic disease at five months of age. Between four and six months Emmett had lost a huge amount of muscle control with only minimal ability to turn his head while lying down or raise one arm. Before his diagnosis Emmett was a 'floppy' baby with weak muscle tone. He was a tummy breather and had a bell shaped body - his abdomen was much larger looking than his chest. The seriousness of this disease was evident when Emmett began having issues with choking on his own saliva. You see, it isn't just limbs that this disease affects. The muscles that enable swallowing.  The ability of the lungs to function so breathing can take place. If a child gets this far, the formation of words and speech. Spinal Muscular Atrophy is the number one genetic killer of children. Period. 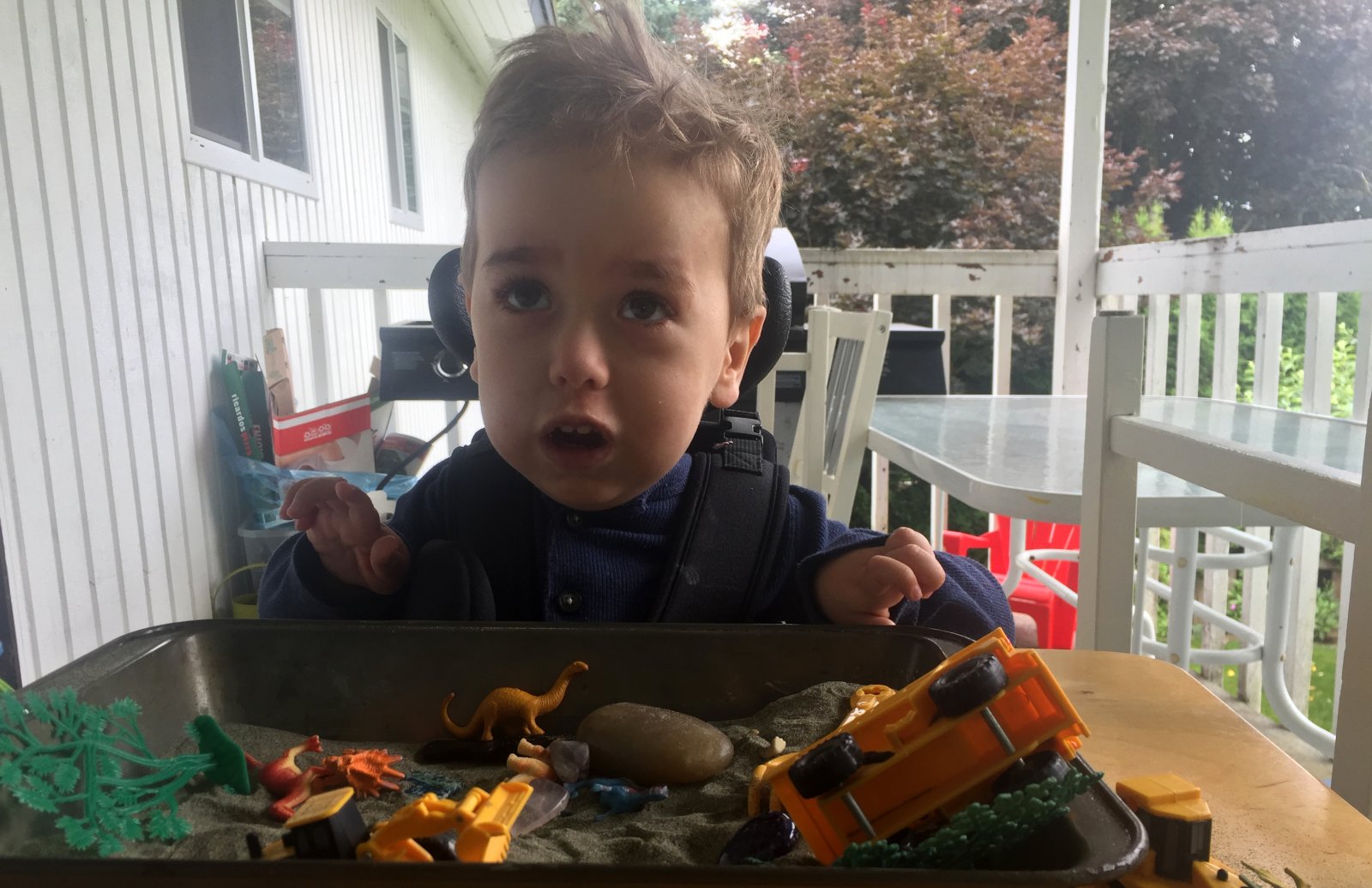 Spinraza is the first drug proven to affect positive change in those afflicted by SMA. Emmett has been enrolled in a trial program for this drug (which has had at least three names during this time) since the fall of 2015. Earlier this spring our assumptions that he was getting the real drug all along and not the placebo were confirmed (we were sort of in suspense for over 16 months waiting to hear). The changes have been small and have taken place slowly but cumulatively the changes are absolutely incredible. This drug has been approved in the United States. This drug has been approved in Europe. This drug currently has a special access program in Canada as Biogen, the drug company that owns this wonder drug,  seeks for Health Canada approval and that provides hope. Hope for a medical treatment that was not available when Emmett was born. Except, of course, this trial study in which he was one of 124 children worldwide participating. A study in which only 2 out of 3 of the participating children received the drug; 1 out of 3 got a placebo.

This is not an instant cure. Emmett is still a 'floppy' child. He cannot crawl, stand, or walk. He has trouble picking up heavy objects but he is picking up all kinds of things that at one time we never thought would happen!  As we've already said in previous blogs, he is sitting with limited support. He's going to be moving from his car bed to a car seat (well, not for long trips). And he can lift his knees up to his chest! Wonder what will be next? Believe me, so do we! What we do know is that as long as Emmett is able to continue treatments, then Up! Up! Up! is the long term view.

And yes, Emmett has watched the video "Up".

Visit Cure SMA Canada to stay up to date on the approval process of this amazing drug, Spinraza, here in Canada. 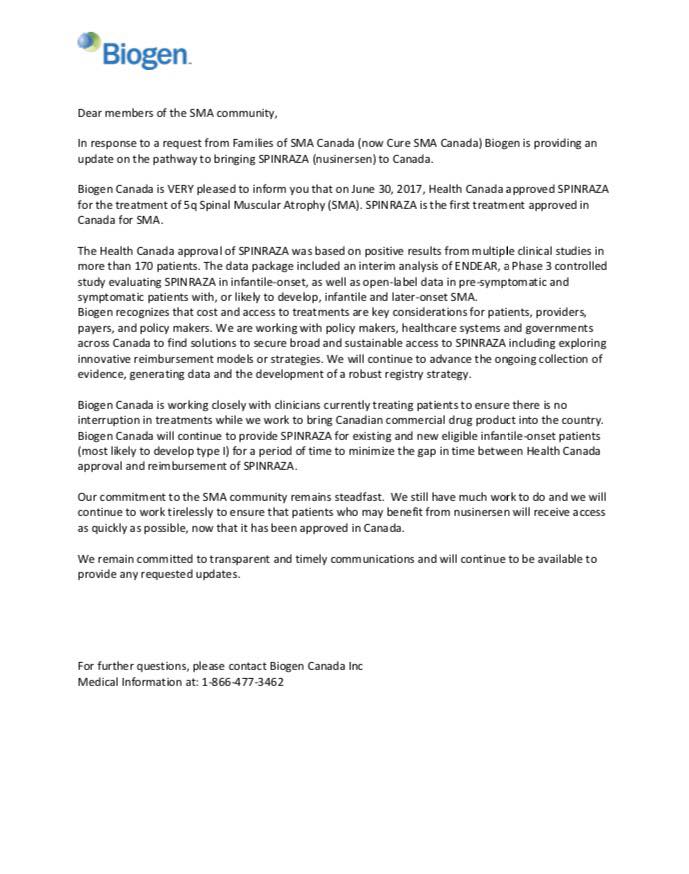