Every child is a priceless addition to a family and there is no question that Emmett is absolutely a treasure. He is our million dollar baby! January 9, 2016 he celebrates a huge milestone. He is officially 22 months old. In this past month he has come to adore his cat, Wendell. He loved Christmas and couldn't get enough Christmas presents - signing 'more', 'more', and 'more'. Then he played with the boxes and wrapping paper and forgot about the contents of the packages. He can "Ho Ho Ho" with the best of them - maybe even better than the jolly old man himself! 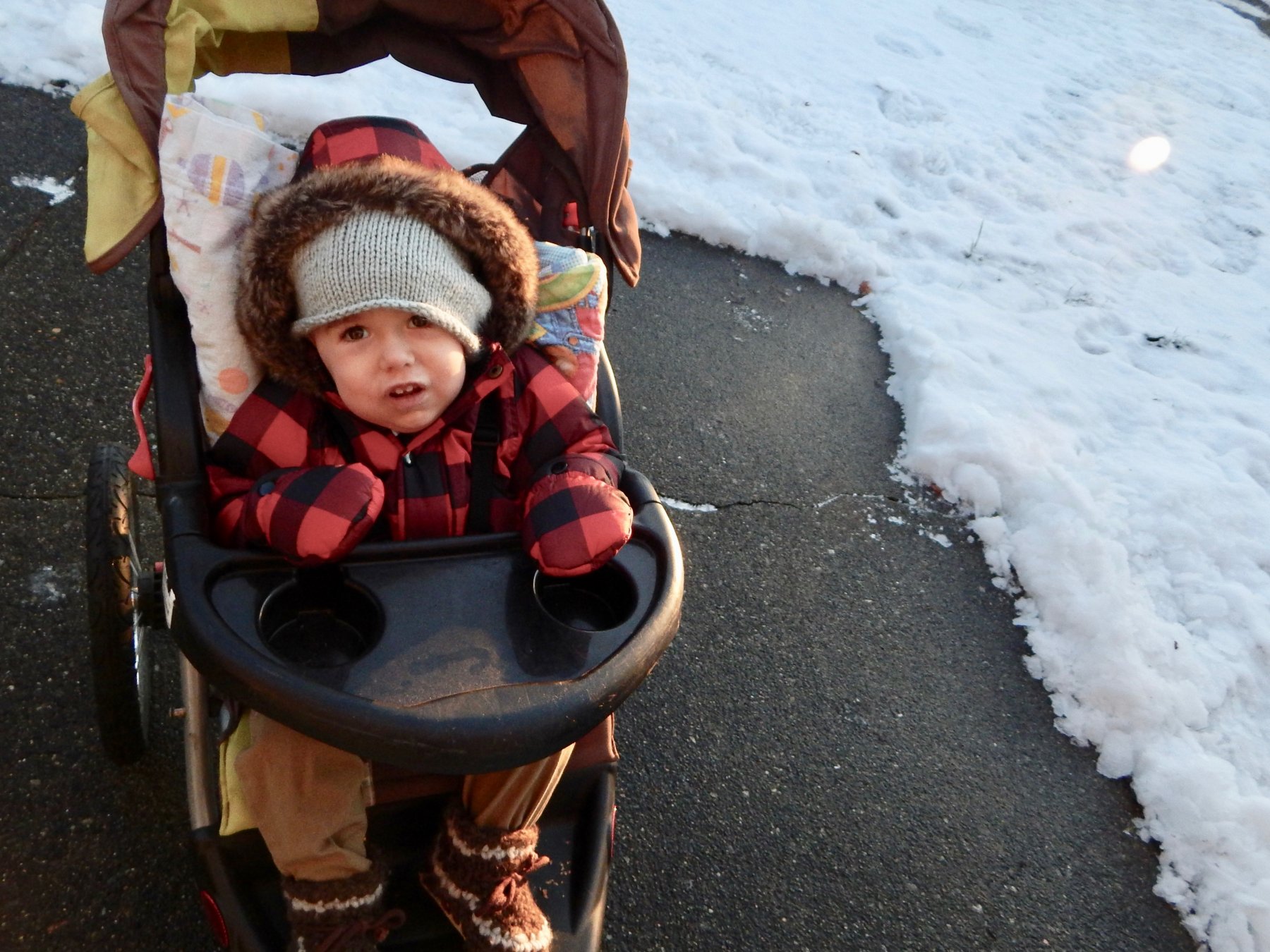 There has been a bit of cabin fever going on in Abbotsford, as Emmett hasn't enjoyed being outside when the temperature is below zero. And since the snow has not left, he gets quite frustrated. You see, his wheel chair has absolutely no ground clearance nor snow tires so if he attempts to head across the lawn he gets stuck. He is a very bright little boy, but he knows that he can drive his chair on the lawn so that what he tries to do. But there is 15 cm of snow on the lawn. It just doesn't work! He's been to both grandparents' homes. He's been to the swimming pool. The need for caution on outings is even higher right now as there is a terrible flu going through the area - lots of sanitization and cleaning going on! So as you can imagine, cabin fever is very much a factor for the Willms' family.

Emmett loves knocking blocks, toys, and anything he can onto the floor. He then appreciates someone picking them back up for him - so that he can do it all over again. When is this going to stop! Also, right now he is a drooling little boy because it appears that he has a million teeth that are all trying to appear at the same time. He loves his power wheelchair and every day his driving control gets better. He loves to play hide and seek - except he always wants to be the one who is seeking. When he finds you he will drive up and bump you with his chair so that you know he's caught you. Obviously, you have to play the game in a reasonable manner so that Emmett can find you and then also get to you! Roger got a video of him in fast forward - which is often how it feels like he is moving to us as we try to keep up with him. 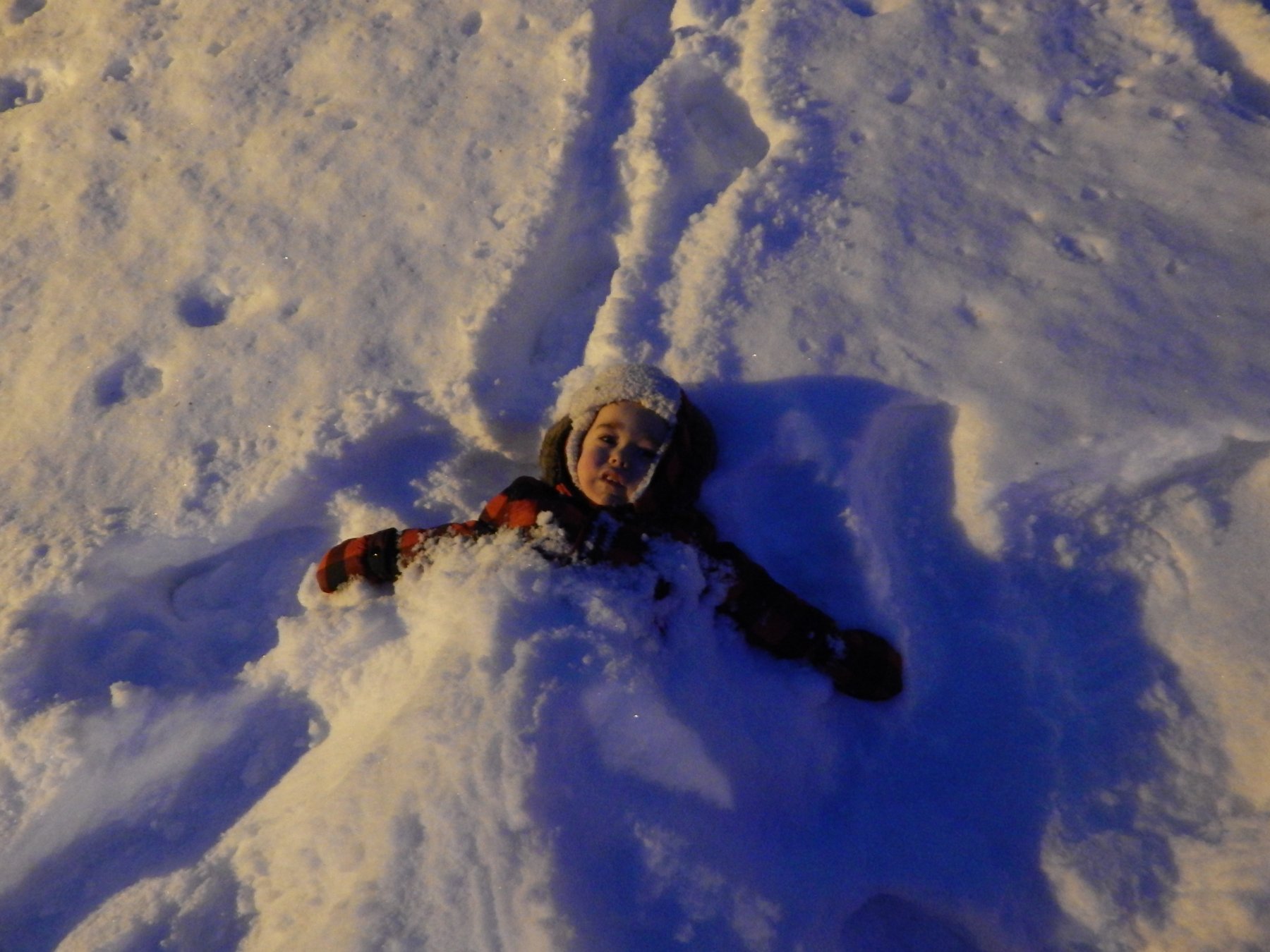 Emmett is also a million dollar baby because the suggested price for a first year supply of Spinraza, the drug that Emmett has been receiving, is a whopping $750 000 USD or $1 000 000 CDN. The number of doses required reduces for the second and following years with the suggested price being $375 000 USD or $497 000 CDN. Shakes you to the foundation of your being, doesn't it! Emmett is still involved in the trial throughout 2017 so all costs are covered by the pharmaceutical company. The drug has not yet been approved in Canada - only in the United States - so there are still many, many questions to be answered.

If you're asking how a drug can be so expensive, Spinraza is literally building new pathways for messages to travel via the nervous system. It is mind blowing what these scientists have developed. We simply hope that once production begins in earnest that the price changes drastically.

After a few months of working with balloon refills, it's time for a new balloon. Ella the Elephant and her free refills have been great - and Ella has become part of the family - but she can not hold her gas very well anymore. Neither can Nemo the Clownfish. And since Emmett doesn't really like the air swimmer idea, we'll save the shark until he is older. So Monday Morning it's off to find Emmett a new balloon. I think our local store has some Paw Patrol ones! That is the theme that happened this Christmas. Paw Patrol toys. Paw Patrol books. Paw Patrol Jammies. Paw Patrol shirt. So it's time for a Paw Patrol balloon and we'll all sit and watch a few episodes of Paw Patrol!

I love the video of Emmett careening so confidently around in his chair. As one who can't even control a shopping cart, i am immensely impressed! I hope you are enjoying the warmer temperatures!
Frank Ewald 6 years ago
Site Visitor