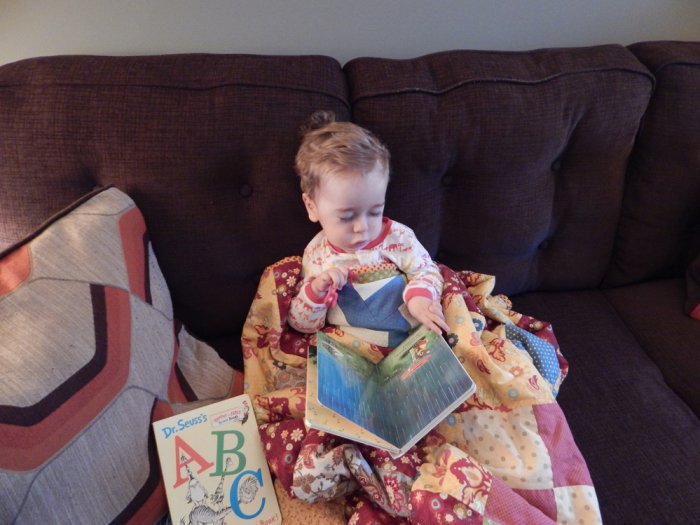 Milestones! Each month is a milestone. And December 9 is 21 months for Emmett! We are so excited! And tired. As we have been on this journey with Emmett, we have realized that the specialists' initial statements that we may not ever see Emmett in pre-school, hear him talk, or live much past the age of two were the general understanding of youngsters with Spinal Muscular Atrophy Type 1. And while very fact based are not going to be the outcome for our little Emmett. He is powering his way through life - albeit with muscles that aren't very powerful. But his antics and expressions make up for his lack of movement. 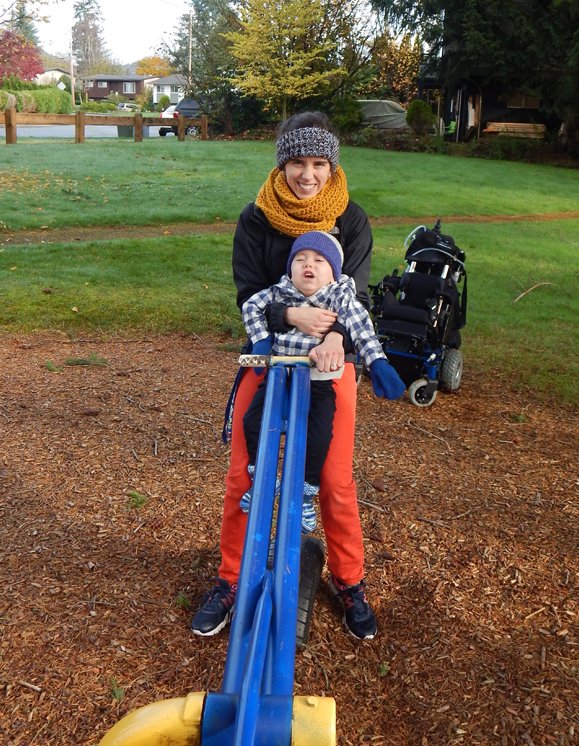 You may have heard that the weather in BC has been rather rainy. I think the weather report was two days each in October and November with no rain. Balance - rain! So when it was sunny out then Emmett and Alisha had to get outside and play. Walks take quite some time but they're worth it.This was a local park that is fun to visit. 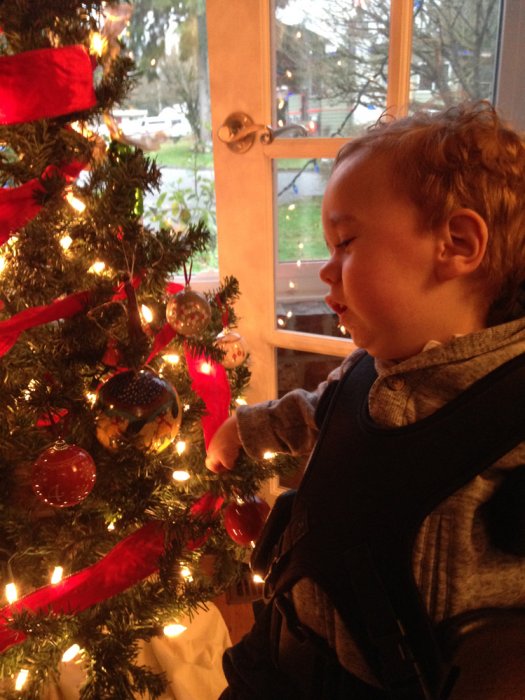 Emmett's Christmas tree is up with lights and decorations on and his house gets lit up at night with some artistic light displays (set up by both grandpa's) that he enjoys admiring. Emmett does not tire of decorating the tree. Literally. He has multiple times had the ornaments removed from the tree so that he can look at them up close, one at a time, before they go back on the tree. He is fascinated by them. So much so that we wonder if he will allow the tree to come down after Christmas! 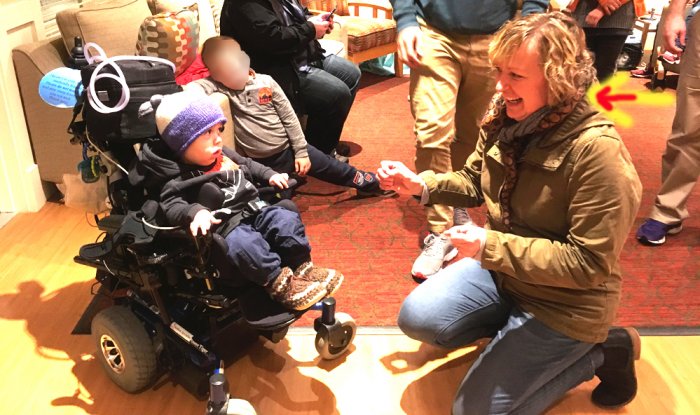 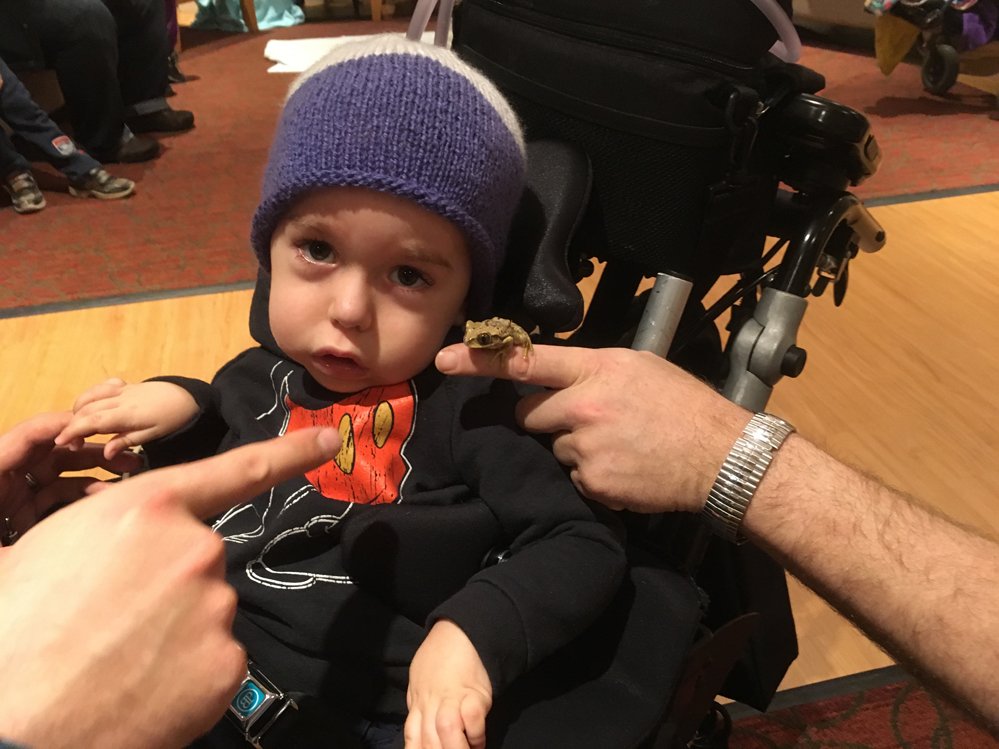 Emmett, Alisha, Josh, and Rhonda went to Canuck Place in Abbotsford where they got to get up close to a bunch of reptiles. Emmett really wasn't sure about them. If you're wondering what Rhonda is laughing about, let me just say that she does not own a snakeskin scarf! Brave woman! 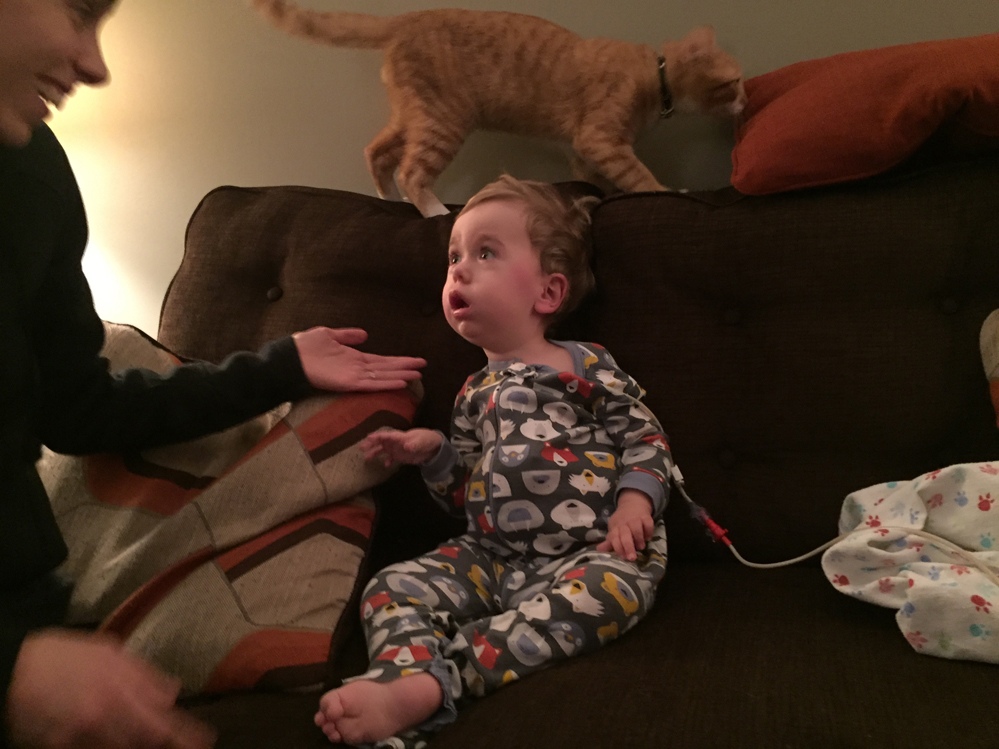 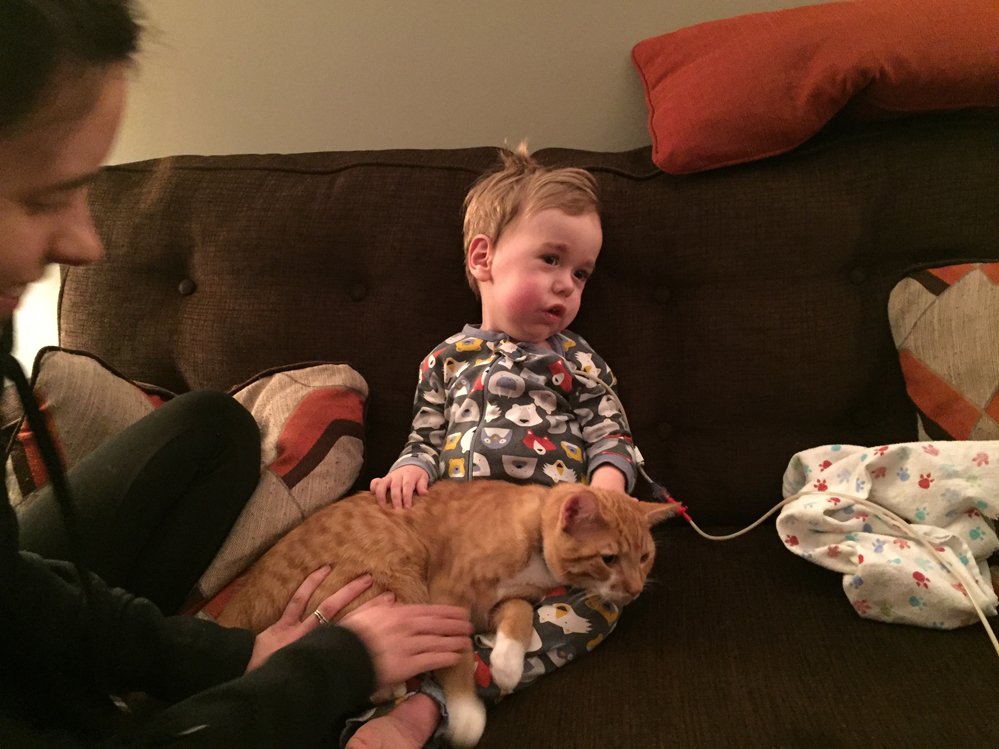 Emmett has recently discovered he is more into warm blooded creatures. His early Christmas present (or is it his daddy's?) is a seven month old cat that they've named Wendell. After a couple of hours this creature changed from a scaredy cat into a purring machine - Wendell is absolutely at home. While he is still getting used to Emmett, Emmett absolutely adores his kitty cat. They are going to be great buddies. I love the expression on Emmett's face the moment Wendell jumped from beside him to the back of the sofa. Wonderment! 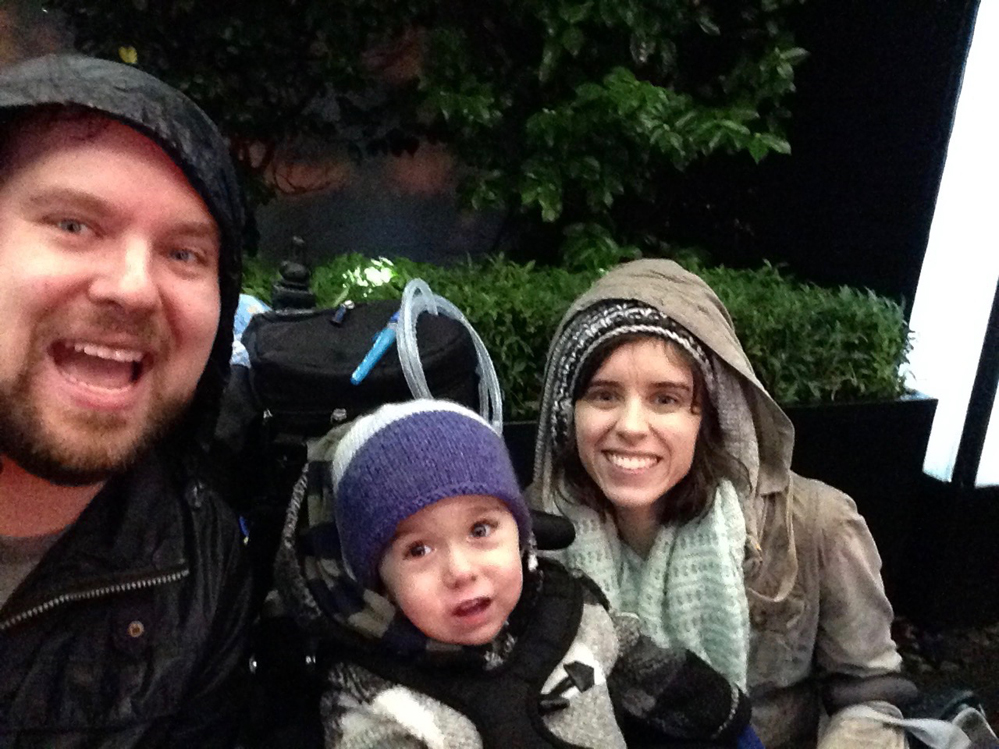 What an amazing time of year. Emmett is 21 months old! Lots of laughs and giggles from the Willms house to yours. (Oh, and Emmett didn't get a new balloon this month either. But Ella the Elephant did get a refill! Here are a few more videos of Emmett ... if you have time!

Emmett was ready for his nap as he headed back into the house from a long walk/roll. As such he exhibits characteristics of a tired driver!

And finally, here's a rather fussy Emmett chattering non-stop! He wants something and I'm not getting it!
Posted by ewaldf @ 12:10 pm
Share
Comments
Login

Where is Reality can be harsh post??
Frank Ewald 6 years ago
Site Visitor

Hi, The 'reality' post is here now. It has taken a while to write and I guess it was active for a short while - when it wasn't ready yet. Thanks for your patience.
Guest Comment 6 years ago
Site Visitor
+1

Thanks, you have a year ahead of me on this Grandparent journey. I appreciate your honesty and reality. Peace to you
Frank Ewald 6 years ago
Site Visitor

Thank you! I hope you also have peace and many wonderful, rewarding moments on your journey as a grandparent!
Categories
Archives
/dailyweekly-thoughts.php
Site proudly sponsored by OSM | Powered By SiteApex