I have a cold. As a result I haven't seen Emmett for over a week because at the first sign I stopped visiting. Today I'm going to wave at him from the front and back yards through the windows. For me, a cold is irritating and my nose gets sore. Everyone around me (by that I mean Pamela) knows that I am sick and that I am in dire need of assistance and support. Back rubs and cuddles would be great. Of course, that doesn't happen because I have a cold.

Josh had a cold. Not too horrible but enough to have to wear a mask around the house and keep his distance from Emmett. Even from Alisha - because Alisha does not want a cold. The question is, did I give Josh his cold? Or did he pick it up elsewhere? 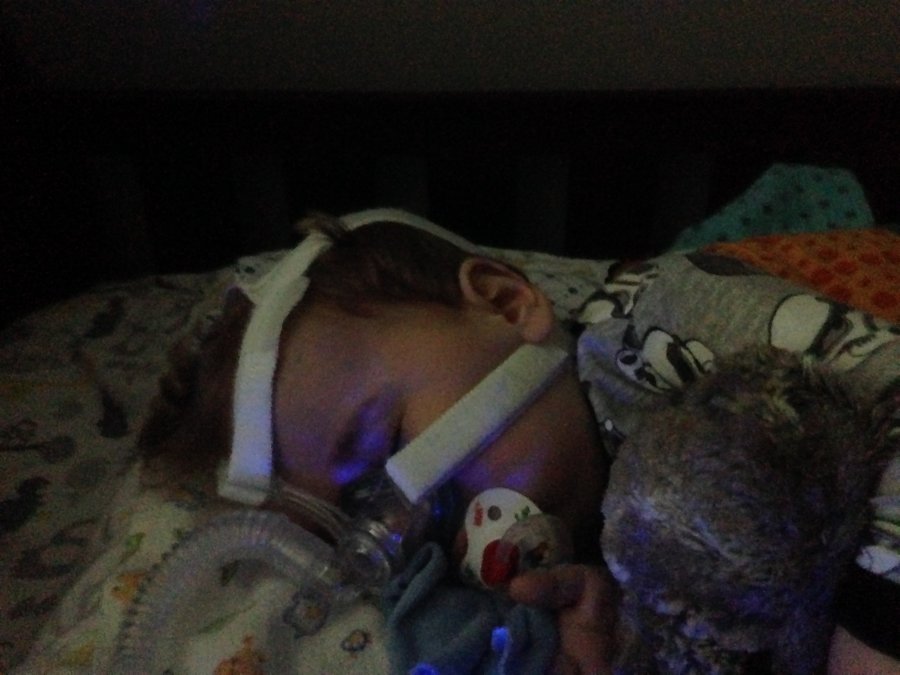 Emmett has a cold. Yes, Emmett. It happened Friday. He's been very congested and required a lot of suctioning. The first day of his cold he couldn't sleep. If he started to fall asleep then he would cough and wake himself up. Even with the bi-pap machine breathing with him his oxygen levels are lower. Even before Emmett's cold, Alisha was cleaning and sanitizing the house daily. How do you keep cold germs out of your child's lungs when you cannot see them. It's impossible. Every mom knows that but every mom still tries. And Alisha tries harder than most. You have heard us say that when other kids get the 'green elevens' it is tough but sometimes comical. Absolutely gross. With Emmett his weak lungs cannot cope. The Bi-Pap machine helps. Fortunately he has already started showing progress; we don't require more invasive measures like intubation and oxygen.

Alisha and Josh decided to deal with this cold at home rather than going to the PICU. Even though Emmett loves all of the nurses and doctors there, the battery of tests and needles isn't fun. Plus the risk of catching something else is also a possibility. Hospital trips are only when it's 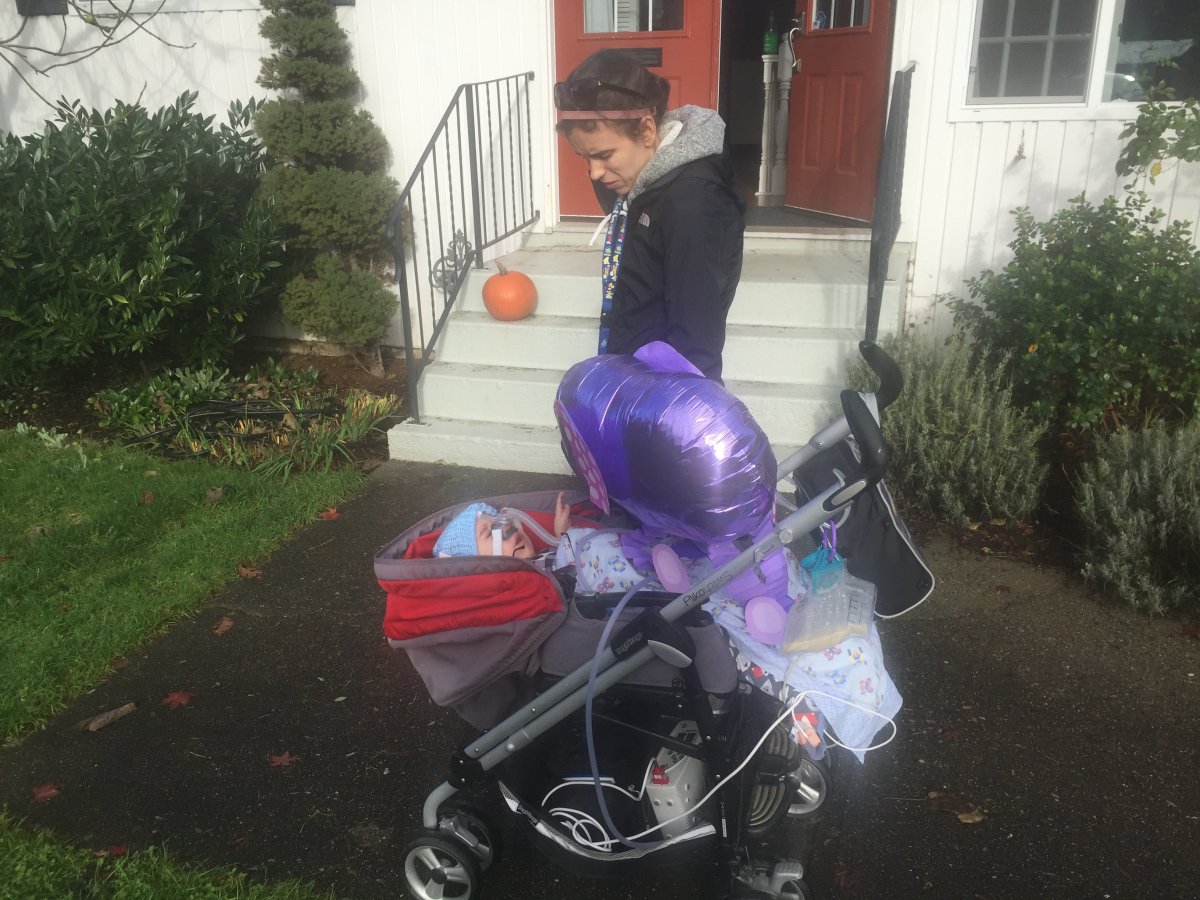 beyond in-house support. Emmett's night nurses are kept busy with suctioning and observation. A bit of chest physio. Saturday morning Emmett got a treat by being allowed to watch TV all morning. The compromise - chest physio, lots of chest physio.

And now it's Monday morning. Emmett at 8:30 a.m. he was still sleeping. A good sign. He slept well yesterday afternoon also. His oxygen levels and heart rate are closer to normal than they've been all weekend. He is still coughing a bit. Worrisome, but you know what? Coughing is also part of the miracle because that shows his lung muscles are improving. You see, he didn't and couldn't cough before. The message that he needed to cough never reached the muscles around his lungs. So this cold, as terrible as it can be, also shows how Emmett continues to improve. The messages are travelling from his brain to his muscles. We just hope and pray that this rebuilding continues - faster and faster. 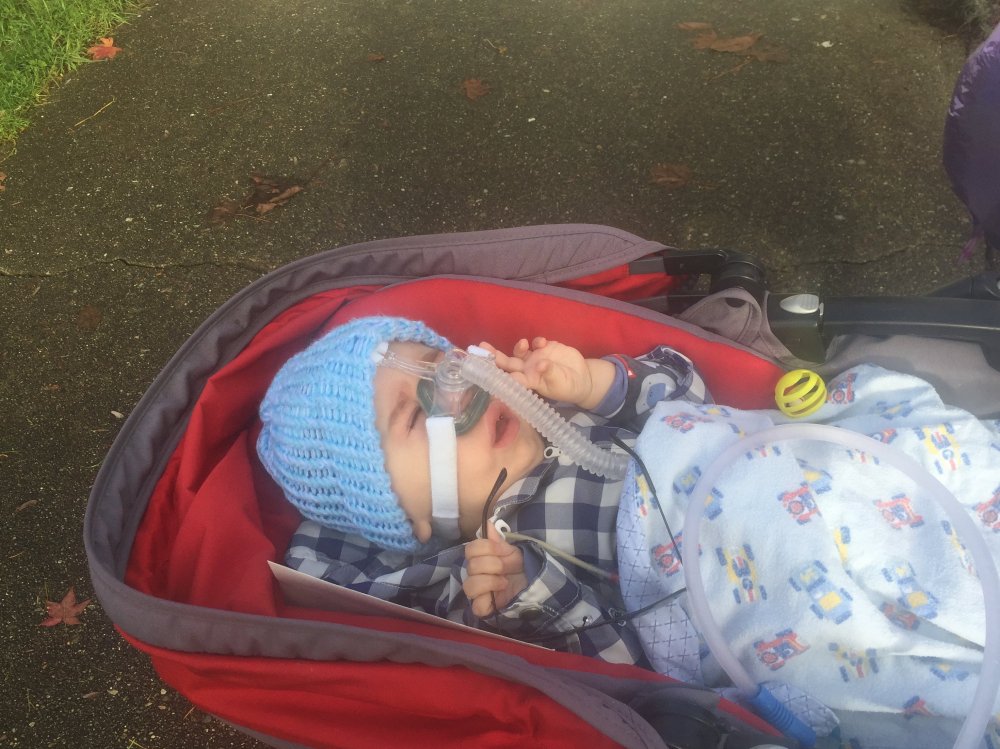 So as soon as I heard that Emmett was awake, I was at his window to see him. BUT since I have a cold, I stayed outside and waved through the windows. It looked odd to the neighbours, but I'm not worried about that. And Emmett doesn't care what the neighbours think! In fact, he'll probably think it's wonderful if they call the police and I get arrested. The activity will be fantastic. And my family will bail me out - once I no longer have a cold!

We went for a short walk. Encumbered by his bi-pap and oximeter and suction machine - everything needed to monitor Emmett. Being sure that all is well. And on our short walk, all was well. Emmett is bouncing back from his weekend cold. Alisha and Josh - well, they will recover too. It's just that when Emmett is sick it takes a lot out of them. A cold for this little boy is tough on everyone.

At 4 p.m. Emmett was still looking and sounding good, however, his specialists wanted him checked out. So the van was packed up and off to BC Childrens Hospital in Vancouver. After an evening of tests, Emmett was cleared and sent home. So around midnight they were back. And everyone's schedule was in upheaval. It also meant a lot of work disinfecting everything that had been at the hospital. Just in case ...