Learning How To Move 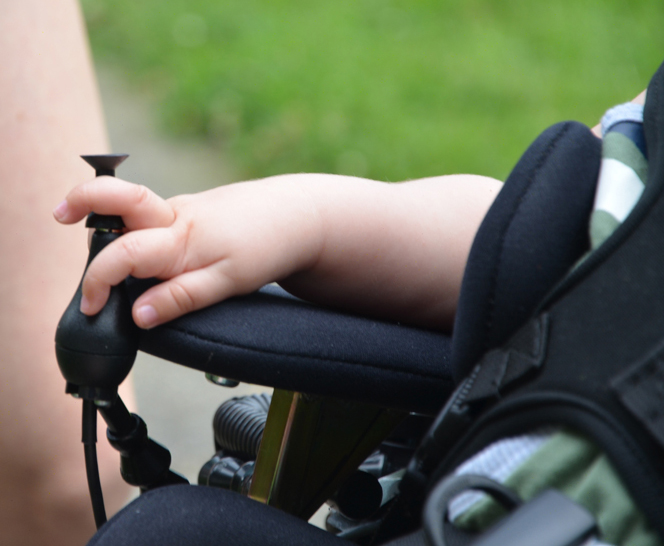 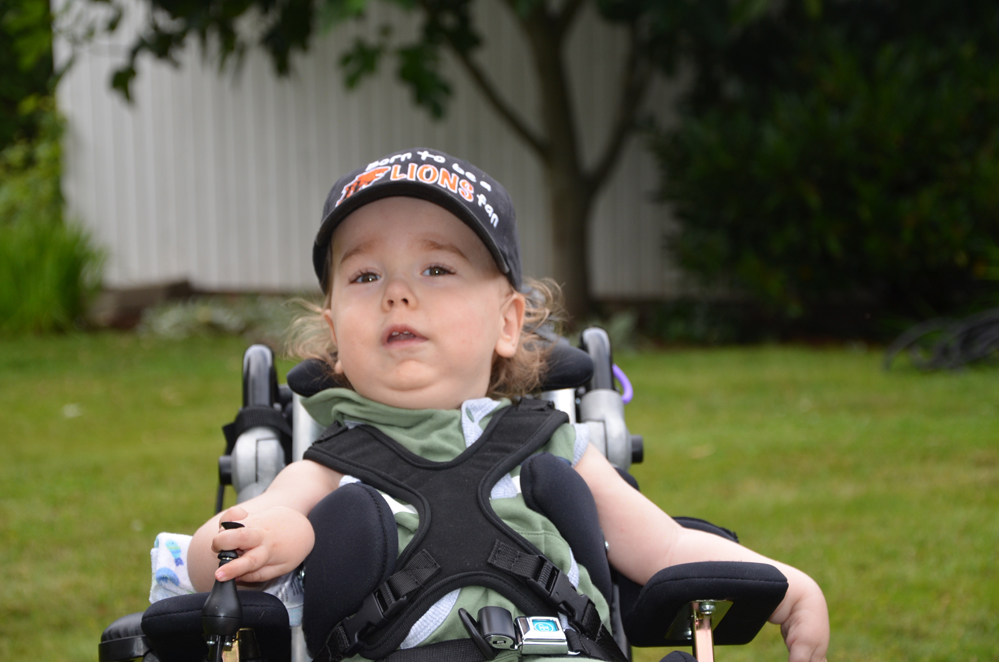 Bumps and Bruises are part of growing up and learning to move. In Emmett's case, the bumps and bruises are hopefully mainly on the objects around him as he is exploring with his electric wheelchair. As soon as he is set in his chair seat he starts going for the joystick. We quickly learned that it must be positioned out of his reach until he is fully strapped in with his five point harness and that the gear selector has been positioned at very slow. Or maybe one level up at slow. We aren't ready for him to explore his environment at top speed - which must be about 3 mph. I must warn you up front about these video clips. They are slow. Very slow. Only Emmett fans will be able to sit through the whole thing. (And if you're left wanting more, I have a couple of hours of video that I can show you. Just come on over!)

Slow. Yet at the same time it is so exciting to see that after just one week Emmett is doing quite well in his chair. Most of all, he loves it and his face lights up when he is asked if he wants to go in his chair. Once in his chair, he is quite focused and working hard so you won't see the same expressions that we do. His grip on the joystick changes from moment to moment. Sometimes it is one finger on the top - either the index or middle finger - and other times it is a firm grip with his whole 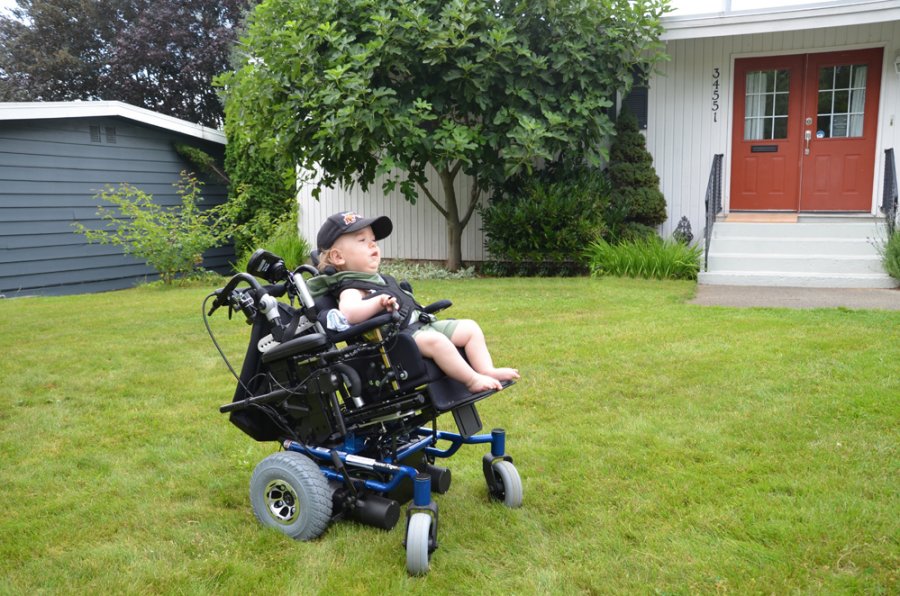 hand. Or some combination. Once in a while he will stop and give his hand a rest by twirling it about - just like race car drivers reduce tension by twiddling their fingers on straightaways. Sometimes you'll see his steering hand trembling - because he's working so hard.

Emmett is a pro at doing circles but there are highlight moments when he is able to head straight on to a target place. Or when you see him alter direction to get to where he wants. Even more, he runs right into garden plants, trees, automobiles, houses, and fences. Obviously, adult supervision is required.

Enjoy the video. In the first one the camera is mounted low on the chair. In the second it's mounted in several places - behind his right shoulder, left shoulder, on his thigh looking back, arm looking back, belly harness looking up. This is our driving Emmett.

In just a few days Emmett is going to be the ring bearer in the wedding of his Aunt Katie and his future Uncle Josh. Hope he doesn't lose the ring! Stay tuned for more of this handsome young man!

Absolutely love the videos and all the different views. I loved seeing his face while he explores. Keep going Emmett,!! Dar Gooch and Family
Guest Comment 6 years ago
Site Visitor
+1

Amazing! Praying for you all. Dave
Guest Comment 6 years ago
Site Visitor
+1