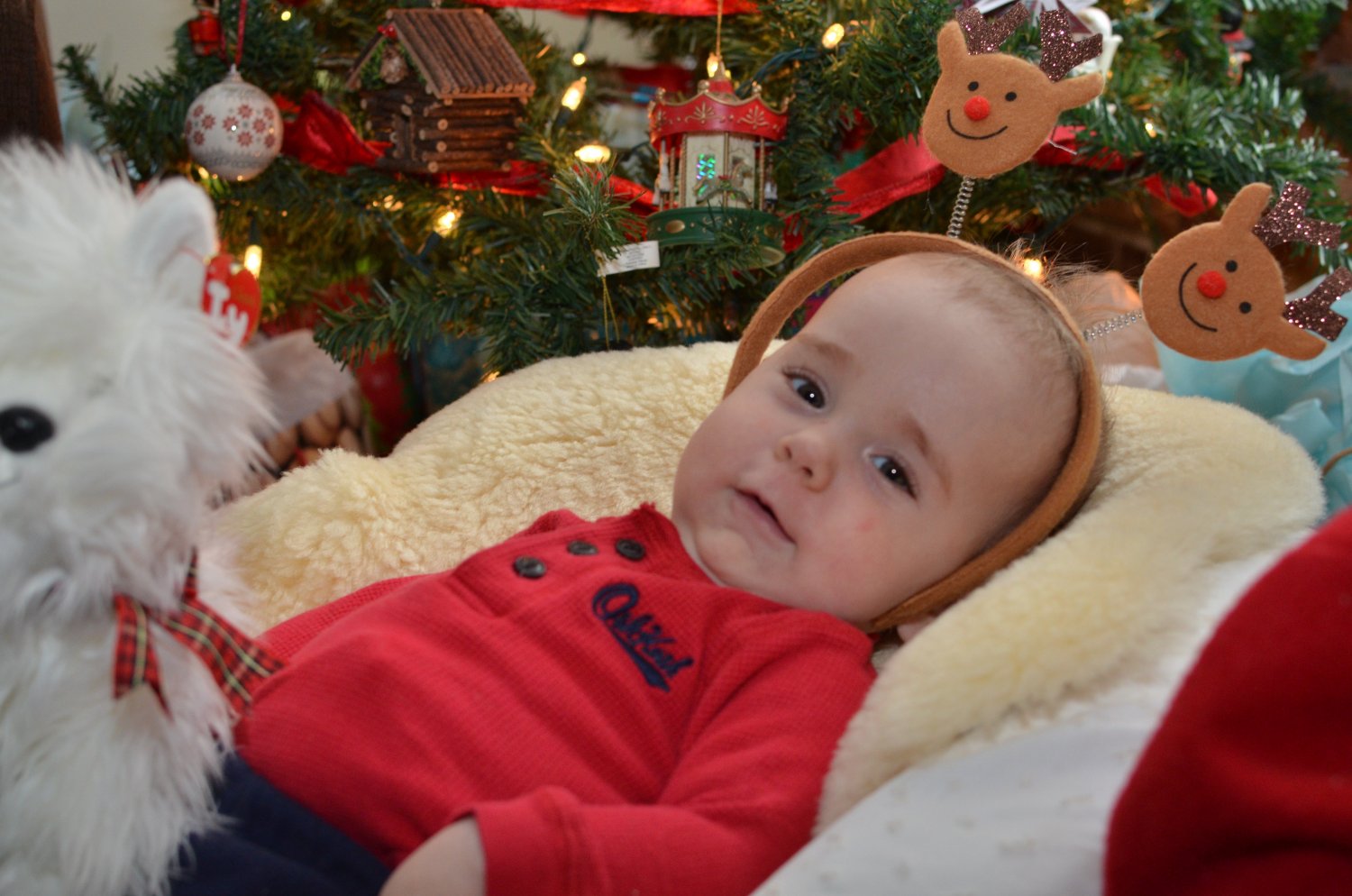 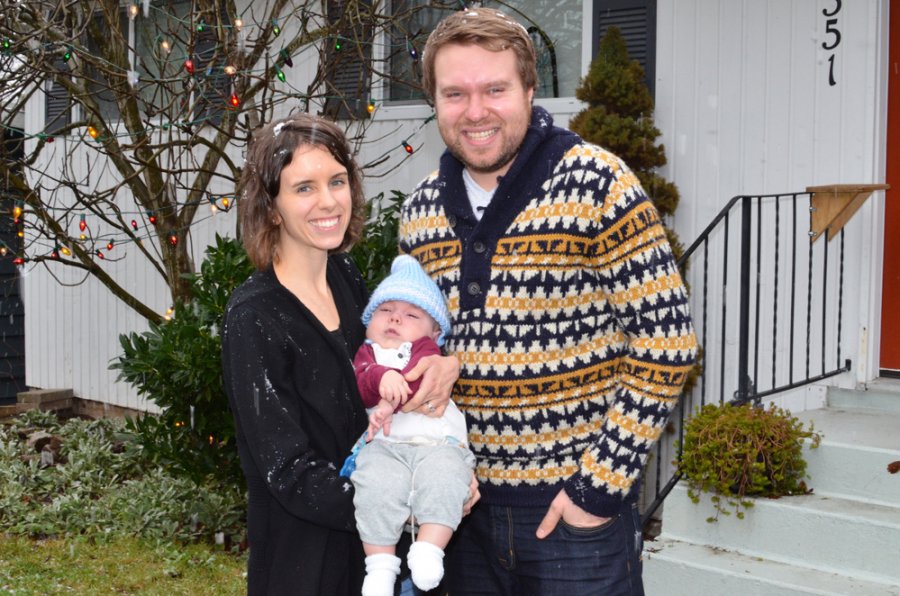 Alisha, Josh, and Emmett are so thankful for the support, friendship, and love that you have given their family this year. It has meant so much to them. What a fabulous outpouring of love, prayers, and positive thinking. Each and every contact is so appreciated. Thank you and keep it up - short notes via social media are ideal! On this day they are celebrating the birth of Jesus - the babe in a manger who is the reason we celebrate Christmas.

Christmas eve was a great time and a full Willm's house. Josh's parents, brother Ben and grandparents (Emmett's Great Grandparents) came over after their Church's Christmas Eve Program. Alisha, Josh, and Alisha's sister Katie went to Level Ground's Christmas Eve program while Alisha's parents (one being me) stayed with Emmett. Then everyone gathered at Emmett's Place for a noisy game of Catch Phrase. While Emmett welcomed everyone into his home, he quickly fell asleep inspite of the raucous party in the living room. 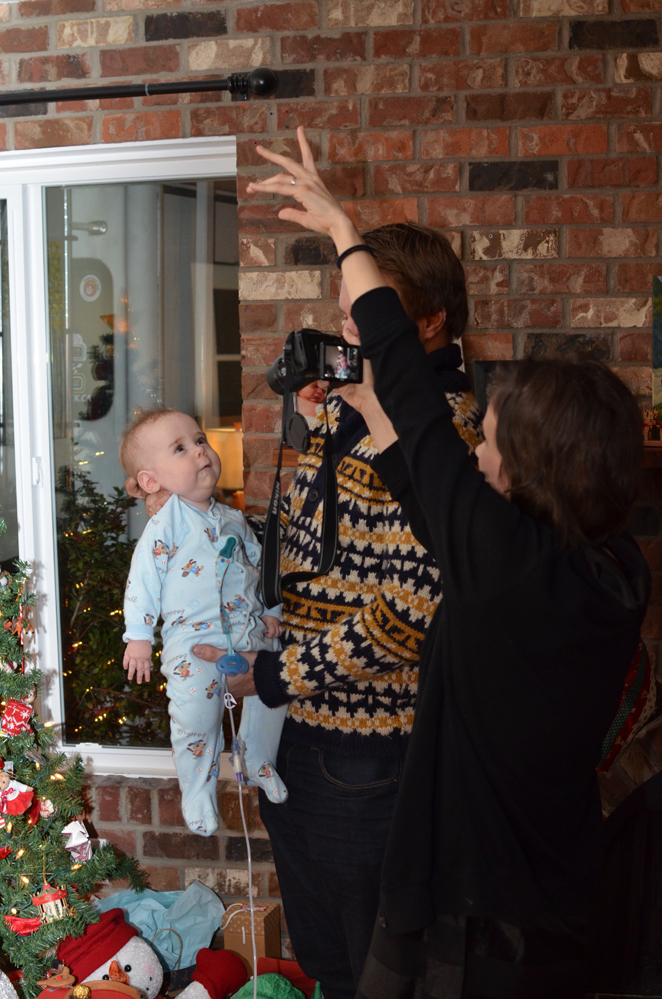 Every parent celebrates so many things with the birth of a child. Likewise, Alisha and Josh are celebrating with Emmett. Celebrating Emmett's birth and life. So many things have happened that it is hard to keep up - and hard to keep you updated. Emmett is doing very well on his Bi-Pap machine (similar to a sleep apnea machine for adults). At the same time as this machine arrived, Emmett was approved for overnight nursing support. This has been a great relief - as everyone was getting stretched thin due to lack of sleep. Not only the challenge of a restless nine month old, but also one who is connected to a feeding pump, an oximeter, and now a Bi-pap machine (which in itself requires constant monitoring).

Emmett loves the Christmas season. While he wasn't thrilled to meet Santa Claus, he is absolutely mesmerized by the lights on trees and houses (we may have to keep them up longer than is socially acceptable!). British Columbia, unlike most of the rest of Canada, has been having snow! It hasn't stayed where Emmett lives, but from the expression on his face we can tell you that, like his mom when she was little, Emmett does not like snow! We are sure that this will change, but at the moment it is stuff that falls on his face and he disapproves. He does, however, love when the cameras are out and he is the centre of attention! He searches out the paparazzi. The question is, will he like his presents Christmas morning or will he prefer the wrapping? My vote is the wrapping. 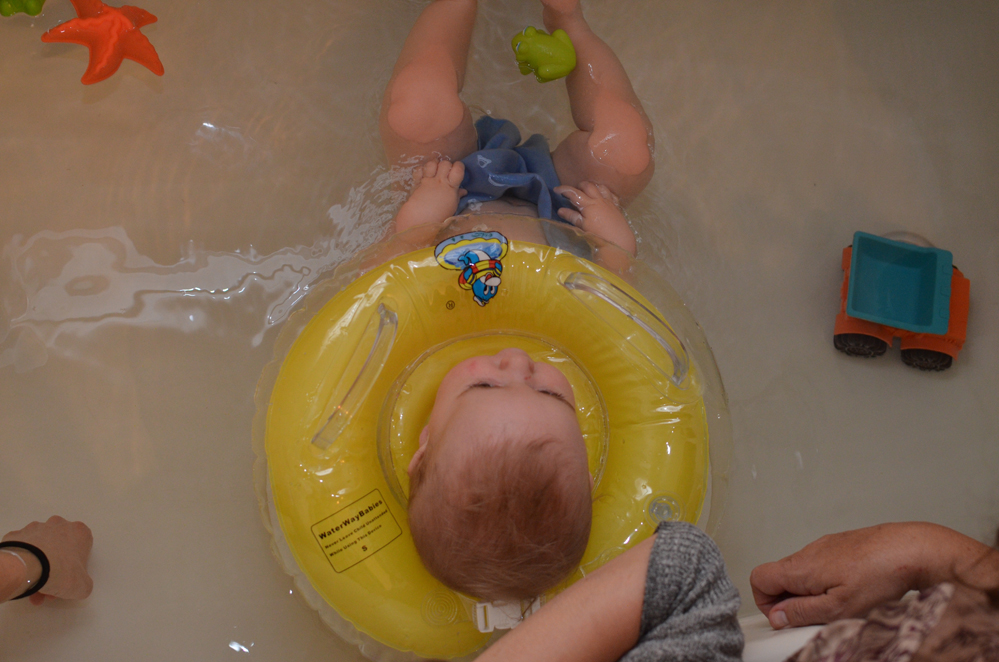 Emmett got one of his Christmas presents early. It is a specially designed swimming ring that securely fastens around his neck - supporting him in water (a pool or a full bathtub) - allowing him the freedom to move his limbs. We've said before that he loves water and this gives him freedom like nothing else. Before you begin to worry about his safetly while using this, it has the full approval and support of his physiotherapists. In fact, last week Alisha and Emmett were in the pool with two physiotherapists who were checking him out. It is wonderful to see him twist and turn; make kicking motions with his legs; backstroke movements with his arms.

There are so many facing challenges this Christmas. We share our love and prayers with you. We hope and trust that you reach out and accept support - it is available in every community. We know some of your stories but obviously not all of them. Alisha and Josh are community care-givers. Now they're also the recipients of care from others and it is such a blessing. We cannot say thank you enough!

Emmett is a gift from God. The best Christmas present ever! 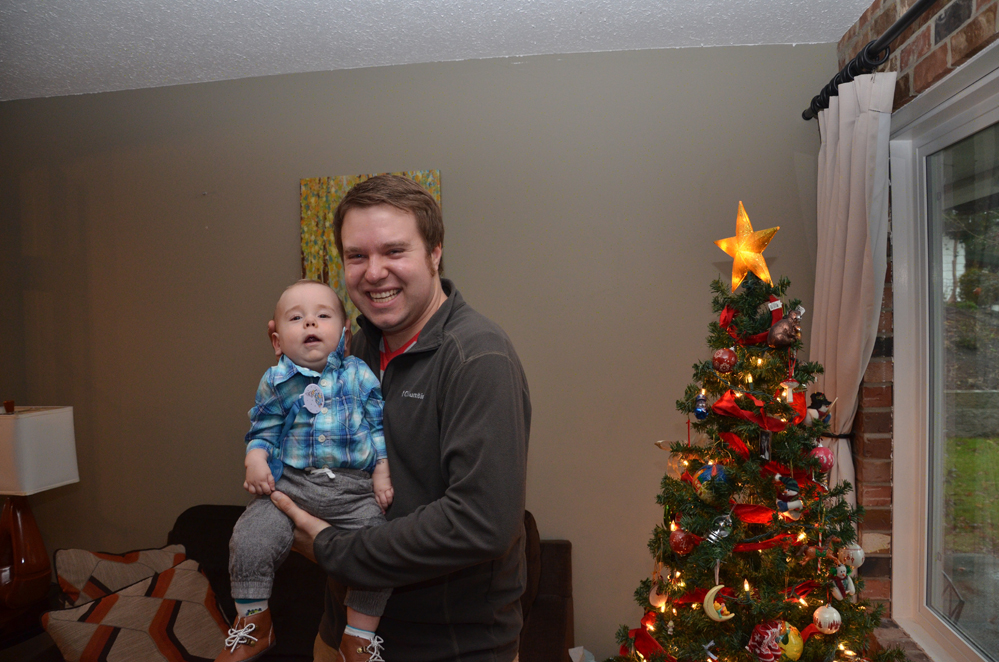 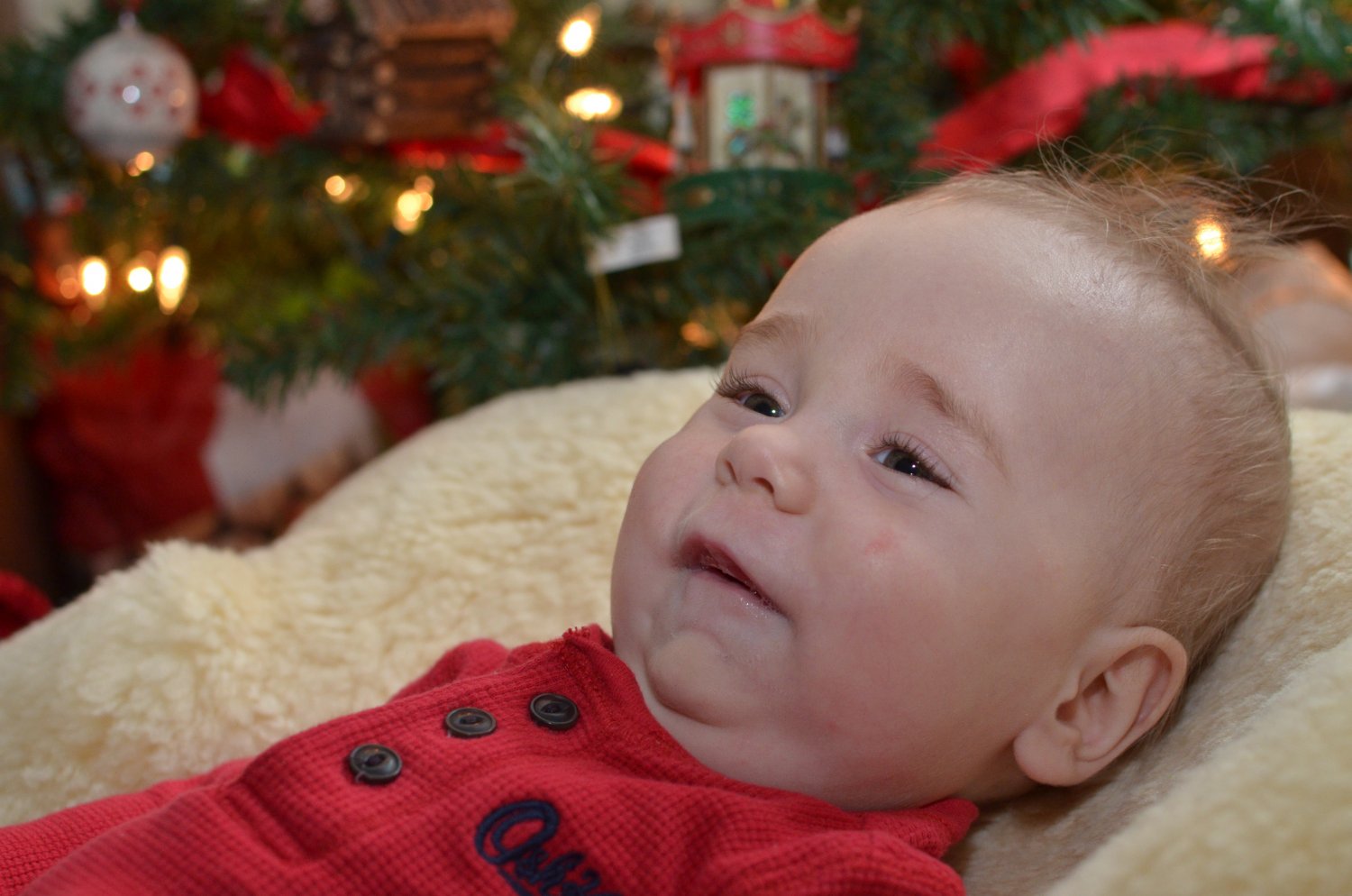 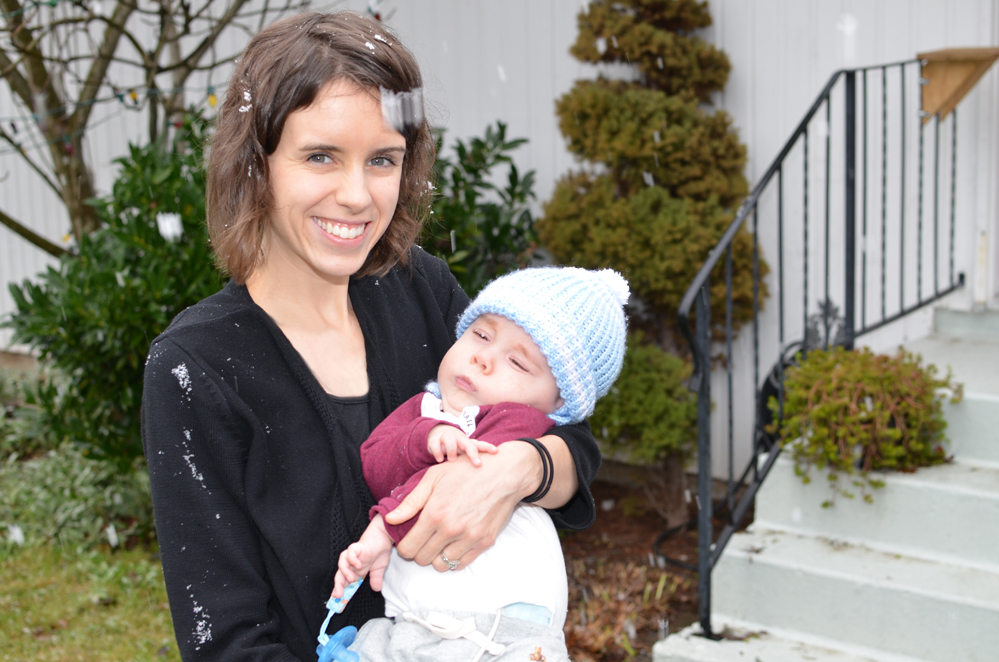 Don't forget to click on the pictures to expand them!

Merry Christmas and much love from the Bender family! xoxo
Guest Comment 7 years ago
Site Visitor
+2

May the Lord bless you this Christmas and give you a healthy New Year! Merry Christmas! Love
Guest Comment 7 years ago
Site Visitor
+1

Happy New Year to all of you. We trust Emmett's will be a miracle one. Love, Esther
Categories
Archives
/dailyweekly-thoughts.php
Site proudly sponsored by OSM | Powered By SiteApex