Hey Everyone, Josh here. Emmett and Alisha had the chance to attend their first ever NHL game last week. Even though the boys in blue didn’t get the win we still had an awesome night.

Thank you so much to the Klassen family for the tickets and the Vancouver Canucks for making the night unforgettable! We were even taken downstairs after the game to meet a few players. 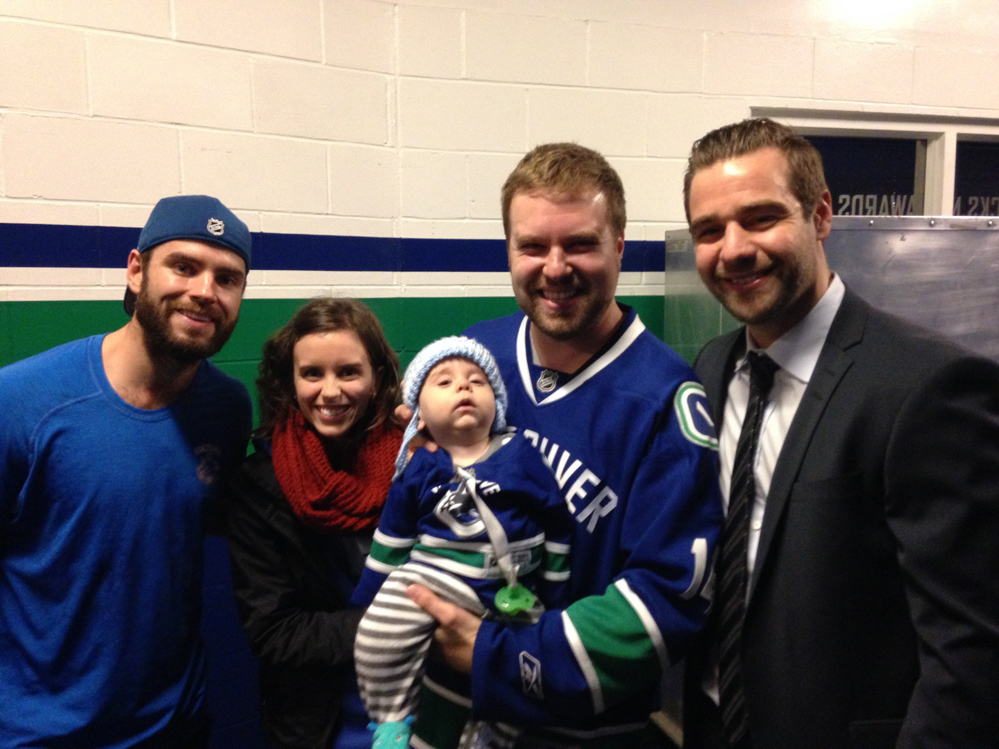 I love this little guys smile. His eyes shine and he looks good in his hockey jersey. Love Aunt Barb
Guest Comment 7 years ago
Site Visitor
+1

How exciting for you all. Emmett is such a cutie! Love his eyes! xo Aunt CarolAnn
Guest Comment 7 years ago
Site Visitor
+1

What an awesome gift. I love your family photo at the end....Emmett has the same expression as Alisha!!! Love it.❤️ We pray for you daily.
Guest Comment 7 years ago
Site Visitor
+1

Oops. The last comment was by us... The Gooches.
Categories
Archives
/dailyweekly-thoughts.php
Site proudly sponsored by OSM | Powered By SiteApex