Emmett is involved in an experimental procedure that is hoped to have a positive impact upon the genetic disease, Spinal Muscular Atrophy Type 1, that Emmett has. This experiment, or trial, is in it's third phase. While that is still early it is also positive that it has gotten this far - that alone means it has had some positive effect. Otherwise, the drug company would have stopped pursuing it. I hope that after reading this, if you haven't already signed the petition that I refer to at the end of the blog post that you will consider doing so. You should also know that the facts from this page come from the FAST Movement and CureSMA - hopefully my presentation of their information is accurate.

This drug is the only known medical intervention available in Canada for babies like Emmett who have SMA Type 1. And it is only available as a clinical test, for babies meeting specific criteria. ISIS Pharmaceuticals has developed this drug, known as SMNrx. There are some other clinical tests taking place around the world - but at this time none of them offer the potential promise that SMNrx does.

We love posting pictures of Emmett, but they can be deceiving. You see an adorable baby who looks, quite honestly, incredibly beautiful (perhaps a smidge of grandparent pride here!) and amazingly healthy. You don't see that he has virtually no movement of his legs unless he is in water. If he drops his soother and it's right in front of him, he cannot move hands to pick it up and replace it. He can, however, push it back into his mouth when his arms/hands are in the right position. He has changed from a car seat to a specially designed car bed - because a reclining/sitting position seems to allow a pooling of saliva which stops him from breathing. That has now happened several times - including while sitting in a high chair. Lying in the car bed seems to avoid that. Alisha and Josh do everything that they can to make Emmett's life normal - but nothing about his life is normal! His bedside table boasts a feeding machine, an oximeter to alert parents if breathing stops/oxygen levels drop, and a suction machine to clear his air way. Then bedtime reading books, stuffed toys, a spare soother, and a nearby rocking chair.

The survival motor neuron gene 1 (SMN1) produces a protein necessary for the nerves controlling our muscles to survive. Without this protein, the nerves die. When they die, the message from Emmett's brain to his legs, arms, neck muscles etc. simply gets lost, the muscles obviously don't respond, and they simply waste away. Emmett has a G Tube for feeding - because the muscles controlling his ability to swallow are not responding as they should. The muscles around his lungs don't get the proper message - which is why he's a stomach breather! Which is why we are heart broken, as are all parents and familes of babies with SMA Type 1. 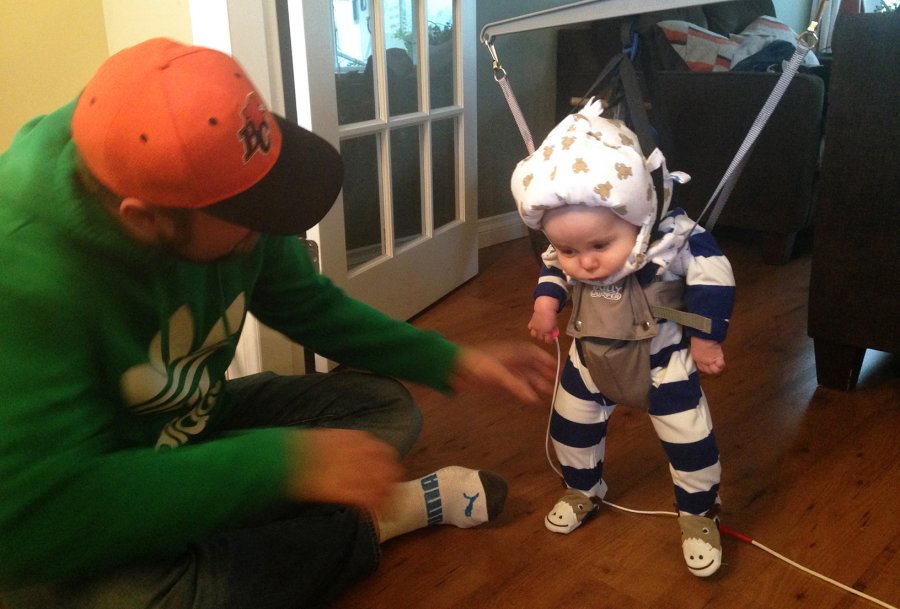 That is why ISIS Pharmaceuticals' drug, SMNrx, is a bright light in an otherwise very challenging space. That is why Josh and Alisha have involved Emmett in this clinical trial. That is why they were relieved when he met all of the criteria required to participate in this study. This treatment has proven to be life changing. Noted improvement in muscular activity in test participants. Increased protein development and increased motor neurons. It is like a miracle. It is why the 7 lumbar punctures are something that any parent with a child with this diagnosis is likely going to accept. There's hope!

There is a push in the United States to have ISIS Pharmaceuticals to apply to the FDA for Accelerated Access of ISIS-SMNrx. This would allow for earlier treatment - with SMA 1 and 2 that could be life extending. With SMA 3 and 4 it could mean lifestyle changing. This push for acceptance is being led by 'TheFastMovement.org' and I hope you read about it - I've taken some content directly from them - and then that you would sign their online petition. Obviously, our hope is that ISIS Pharmaceuticals also approaches the Canadian government for accelerated access. Babies with SMA 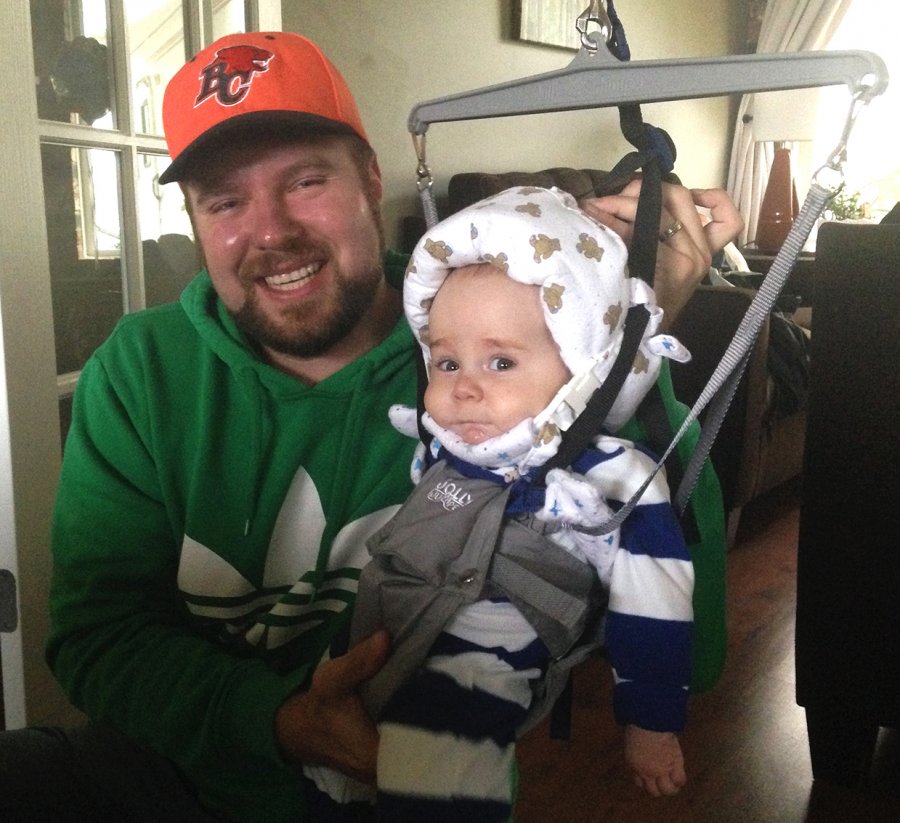 Type 1 have such limited time. We need to give these babies and their parents more time!

In less time than it has taken you to read this blog post, you can sign this petition. You can put your name forward as supporting Accelerated Access for everyone with SMA - and especially babies like Emmett who have Type 1.

Emmett has been accepted into the study - that's certainly better than not being able to participate. However, one third of the children in this blind study get a placebo. They go through a sham process. Parents know that this is a risk that they have to take! A risk to hopefully help their baby have a better life. Alisha and Josh - along with their families and friends - are praying for Emmett to have that better life. Are you going to sign your name to this petition? I did.

Find out more about the FAST Movement - Families for Acceleration of SMA Treatments.

Thinking of you folks often,... stay strong and accept life's little gifts in whatever measure you can. I.B.p.s. Love the football uniform! From the "other" Cats fans out East.
Guest Comment 7 years ago
Site Visitor
+1

What is the little hat he is wearing??? is it to help hold his head up? if so where did you get that? My cousin is 8 months old with SMA type 1 and is getting his second SPIRANZA injection today
Frank Ewald 4 years ago
Site Visitor

To the request about the hat, sorry for not responding. We don't get notification of comments. That is a toddler 'bumper' had that we got from Jolly Jumper and then had modified by a seamstress to help keep his head in an upright position. If you're trying to reach us, please email us using the address on the How You Can Help section.
Categories
Archives
/dailyweekly-thoughts.php
Site proudly sponsored by OSM | Powered By SiteApex