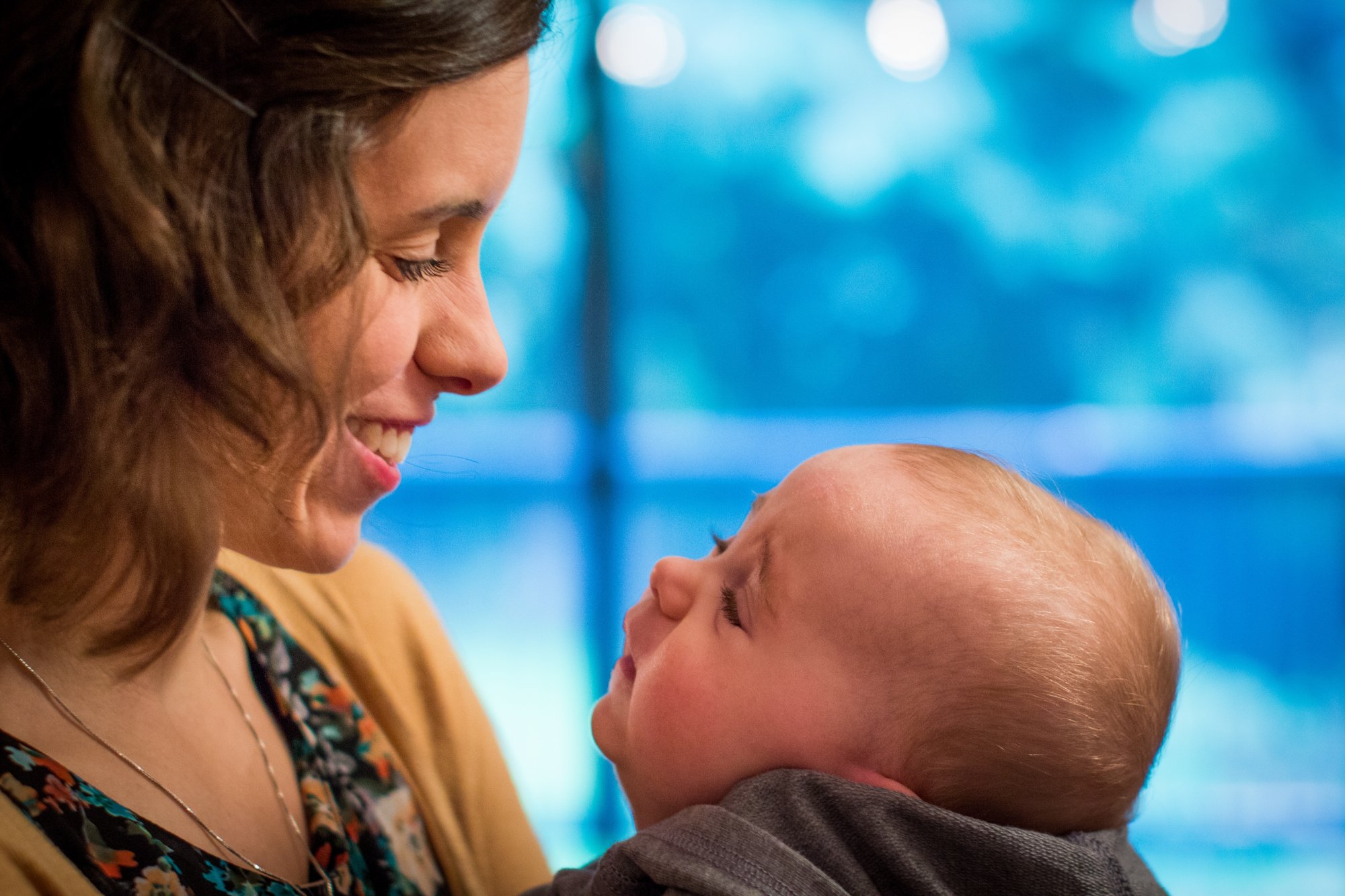 Emmett is my blog writing muse! As Alisha mentioned, Pam and I were in Ontario and just last night we got back to Emmett's Place - also known as Abbotsford, British Columbia. This also means that I have easier access to photos and better equipment. While on the road my posts

came from my iPhone or iPad and, while they are amazing hardware, they weren't the easiest devices to write a blog entry on. Plus we were often without internet access so it was impossible to provide updates. Hope that we can remedy that today with a lot of Emmett pics!

Let's start off with our little angel sleeping. He had a great night and now has had a couple of great morning naps. Plus he's been filling up his diaper every couple of hours and doing so when his mom, dad, and grandma are not close by! In the summer I told everyone that I wasn't doing diaper duty and I didn't. But that has long since passed and I'm back on diaper duty! Sigh!

Last weekend Emmett had already bounced back from his lumbar puncture - which was great because he was all set to attend a BC Lions game that he attended courtesy of the BC Lions - thanks Bryton and Kristyn. A major shout out to Marco Iannuzzi for taking the time before the game to stop and talk with Alisha, Josh, and Emmett. He also spent time with other fans who were there! Talk about great team spirit! Emmett was decked out in his BC Lions outfit and, if necessary, would have joined the game. (Honestly, as Rhonda pointed out, he was more fascinated by the lights than the game. He also loved the big screen!

Of course, Emmett was also thrilled with Leo the Lion. There's nothing better than a life sized stuffed toy that moves and reacts! BC Lions - thank you for making everyone's day! We wish you all the best this season!

Grandma also got to spend some quality time with Emmett. A big thank you to Hazel who spent hours making this awesome baby blanket! Everything really is awesome!

Especially when everyone is having a nap! Emmett because he's a baby and grandma because she's still on Eastern Standard Time!

From the left we have Emmett enjoying a great hotel room the night before his procedure. Then Emmett getting a massage. And on the right Emmett has been celebrating Thanksgiving and is so grateful for everything. I know, Emmett cannot talk yet, but you can see his thankfulness in his eyes and smiles!