This is the absolute best. Emmett loves Hippos so getting involved in Hippo Therapy is the best thing ever. Of course, the challenge is that most hippopotami are wild animals so it took a lot of time to find a tame animal that would handle the lead. Of course, the hippo loved Emmett but wasn't too impressed with the support team that was around. 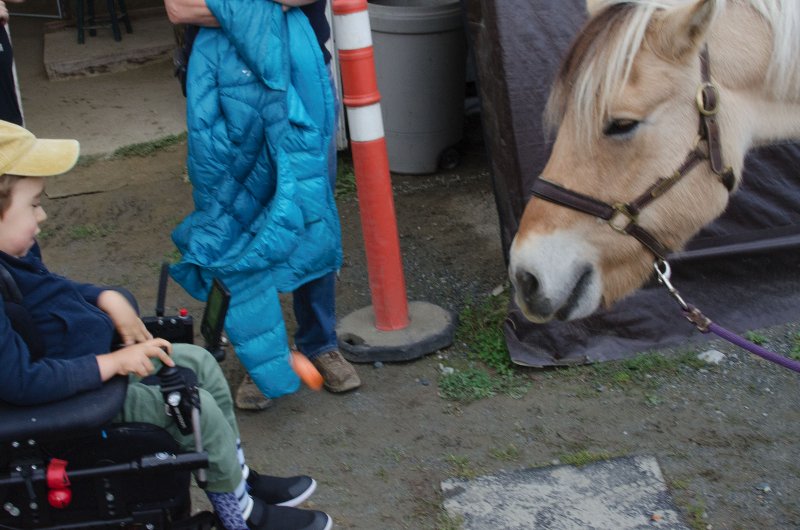 Well, of course that first picture is completely photoshopped and there is really no such thing as a program in which you can ride a hippo in Canada (I added that just in case there is a program for hippo riding somewhere else in the world). But Emmett really is involved in Hippotherapy! For those of you who are confused, Hippo in Greek means 'horse' while therapy obviously means care. Emmett is now involved in hippotherapy or equine/horse therapy and he absolutely loves it. A week ago he met his therapy horse, Fiona and got to feed her an apple. Yesterday, after the session, he got to feed Fiona a couple of carrots. In this photo you can actually see the carrot in mid-air on the way to Fiona's feeding mat. This is because, while Fiona is a kind and gentle old horse, her teeth are still quite massive and Emmett will always use a feeding mat or a bucket to share his treats. Honestly, don't you think that Fiona is smiling in this picture! 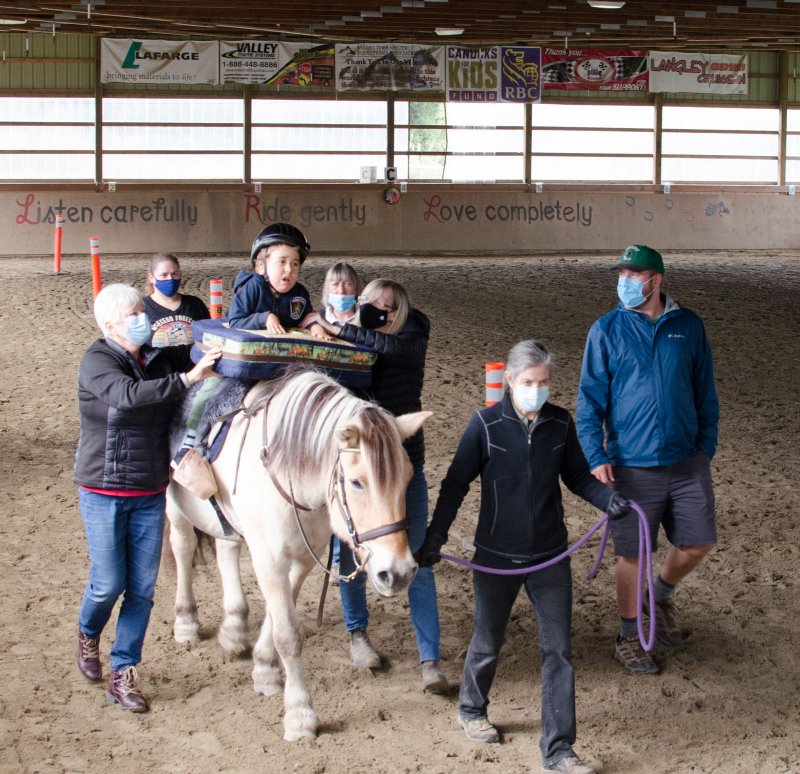 Emmett is getting a huge workout while riding Fiona at Valley Therapeutic Equestrian Associations' awesome facilities. And it takes a village to support this program as in addition to the horse being led around the indoor arena (and eventually outside on farm trails); there are trained adult support on both sides plus a physiotherapist. Even though Fiona is a short and fat horse - with a beautiful personality - the volunteer's arms get exhausted as they are reaching up and supporting Emmett so another volunteer is on hand to spell them off. And then dad or mom will be there too for support and care. 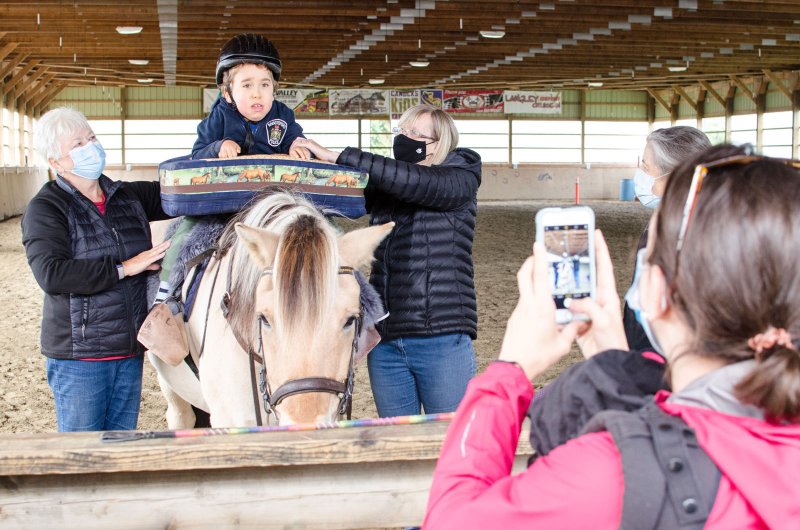 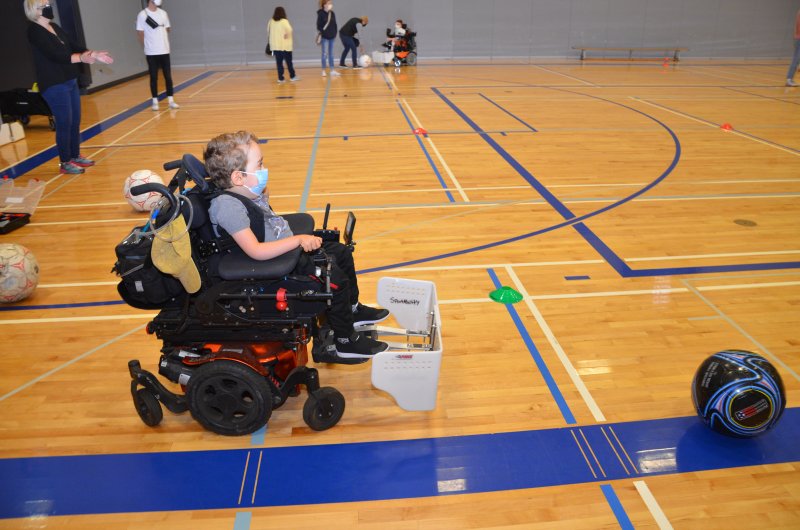 Emmett also had the opportunity to join a few other boys for an organized but informal game of soccer. It was intense! First up Sportsability BC was absolutely fantastic in making this happen. Second, there was not one crash. This is significant when 4 of the boys had never played a game of powerchair soccer before. And with most powerchairs being in the 20 to 30 thousand dollar range, you can appreciate that the parents were relieved. Not to mention that each chair weighs about 140 kg and is moved by electric motors with significant torque. Yes, this was a very good game. 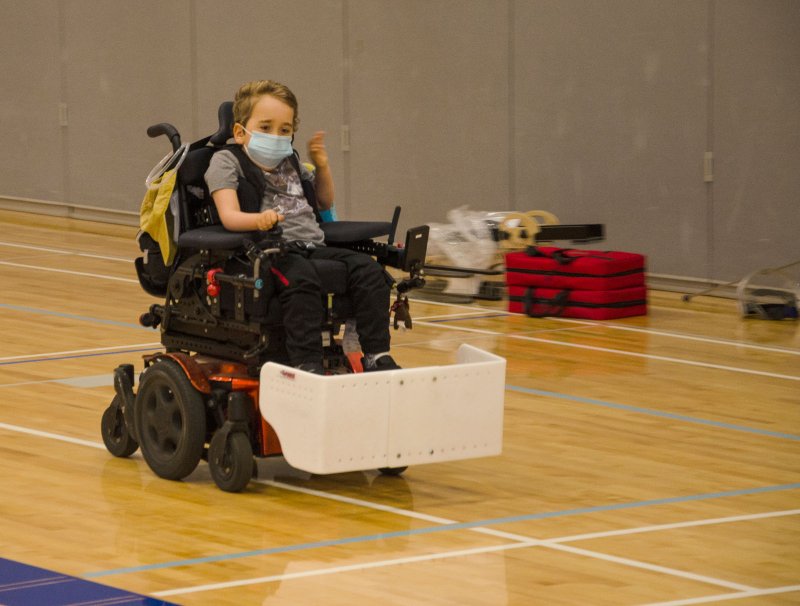 Emmett has been practicing for a while on his own and the game simply was wonderful. Apart from a short break that the parents required, the soccer game lasted almost three hours. 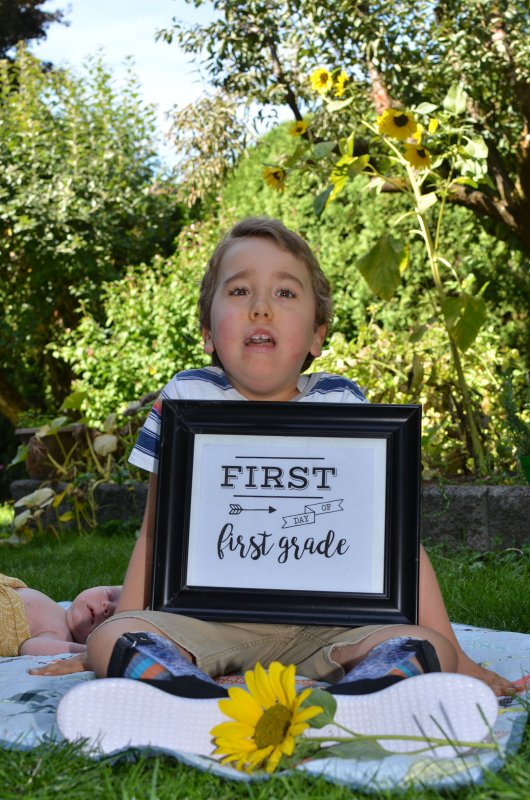 Emmett has started a new school year and he is excited. His parents and medical team have elected to do distance education again this year and his school, Oak and Orca Bioregional School was happy to welcome us all back for another school year. 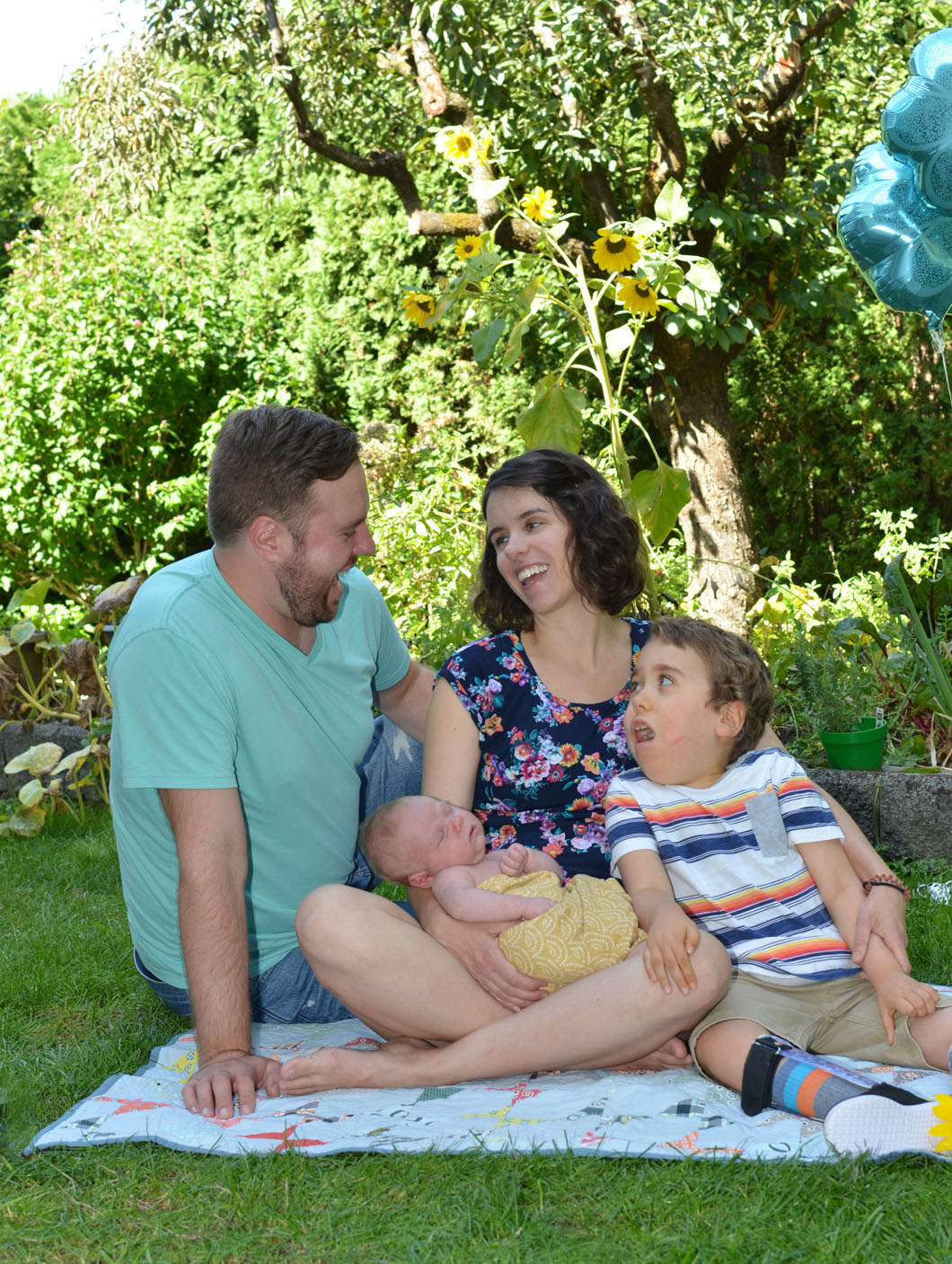 This family of four leads an idyllic, blissful life. What more could they ask for!