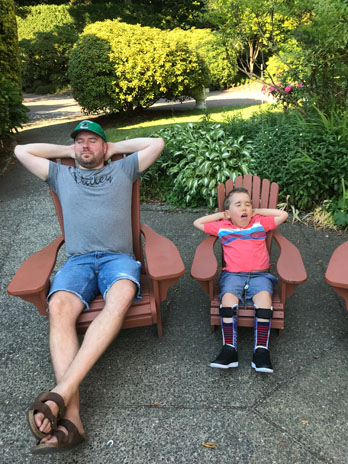 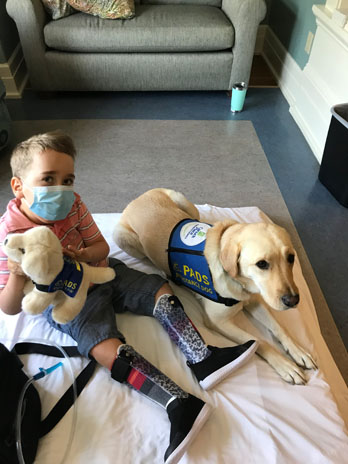 Lumbar Puncture #21 was completed today (June 30th just before lunch). The day before Emmett, his dad, and his mom were relaxing at Canuck Place and it was absolutely the good life! Relaxing in Muskoka chairs and enjoying the best that Vancouver had to offer. Emmett also got to hang out with his new friend, Gaia, who is a fully trained therapy dog who supports the kids and adults at Canuck Place. Gaia just recently took on this role, replacing Poppy, a Golden Retriever who - after many years of service at Canuck Place - died. Emmett doesn't like most dogs, but he really liked Poppy. And he really likes Gaia!

Spinraza is changing Emmett's world but the steps, which were rather large and visible in the first dozen shots, are now slight and less obvious. But they are still there - and for a drug whose initial hope was that the degradation would slow and possibly, hopefully even stop the regression - there is no question that it has absolutely made a positive change and brought much increased activity; it is a shout for joy when progress is evident. Over the winter and spring the one most obvious change that we've noticed is that Emmett's neck muscles are stronger. Last fall if he was in his power or manual chair and he tipped his head to far to the side, then he required assistance to lift his head back to the upright position. This spring, if he tosses his head too far, then almost every time he can get his head back upright on his own. Or when he is in his manual wheelchair then floor transition strips, which used to stop his progress, are usually obstacles that he can now power his way over. This drug is a miracle. This little boy is amazing. The life changes with this drug are incredible. 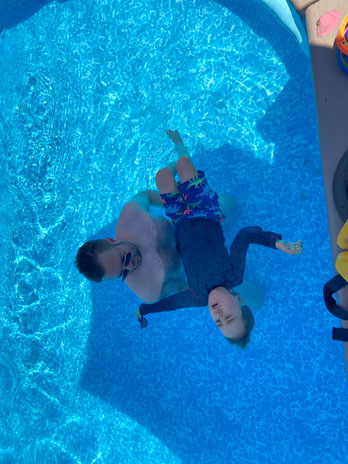 6 year old Emmett has just finished up kindergarten and he has received awesome results. And now he is getting ready for summer school. That is right, not summer holidays. Not a relaxing break away from the books. Not some downtime after getting another lumbar puncture. Emmett is looking forward to summer school starting and, in fact, during his kindergarten finale pool physio party, that was his last day of kindergarten wish. That school keeps on going. And so it will - but with a lot of fun escapades, we hope.

Emmett is also excited about some house remodelling that he has helped complete. His school room/play room/storage space room, under Emmett's watchful eyes, has undergone a major transformation and been turned into a baby nursery. Emmett is looking forward to being a big brother in August. He is especially looking forward to the baby being three because then the baby will be able to talk and play and probably won't cry as much!

In the meantime, we will continue searching for hidden and mystical places or work on electrical circuits and submersible water pumps. Emmett's seat cooler, which required some upgrades, was helpful during the intense heat that we had here in the lower mainland. We stayed quite comfortable and indoors, except for our pool party, where the AC was functioning well and kept us all comfortable. We were fortunate.

(unless you're in Australia or another part of the southern hemisphere, in which case it is Happy Winter!) 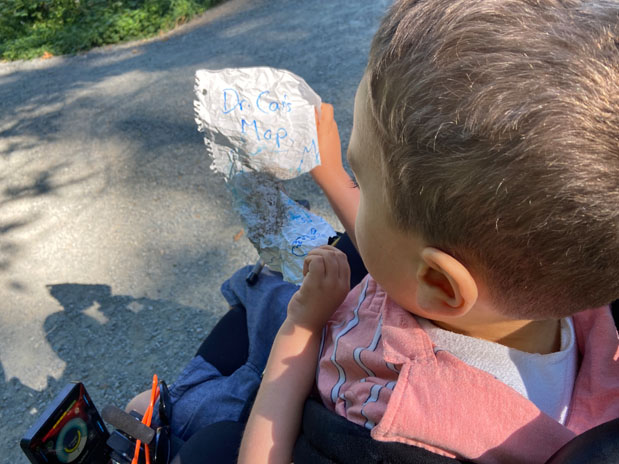 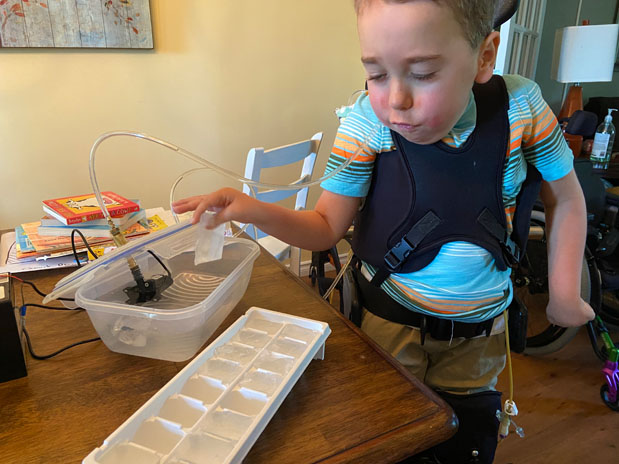