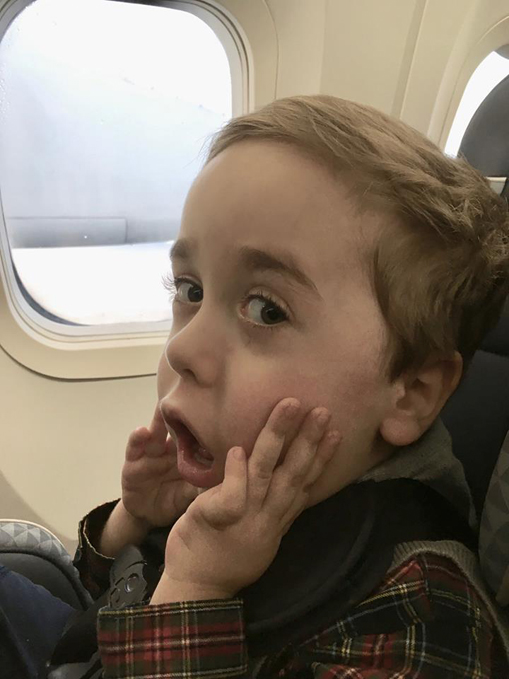 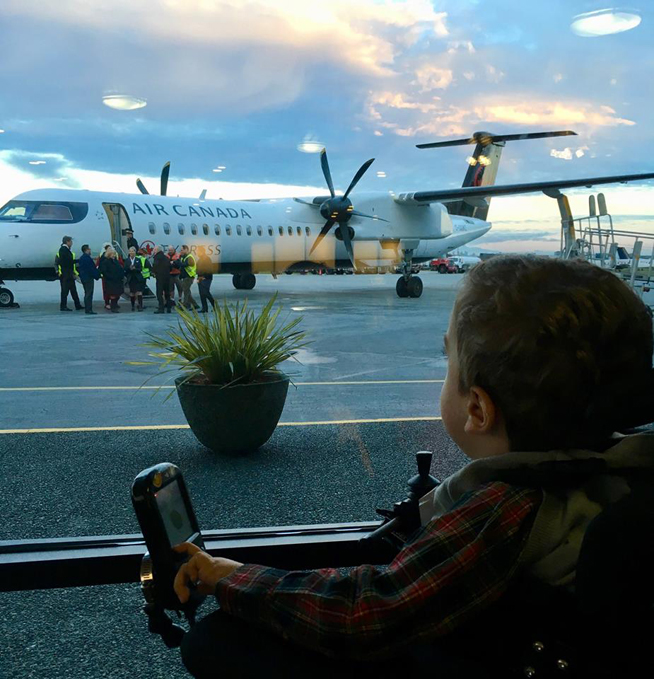 We do not know why Santa plays such a huge part of Emmett's life view. It certainly didn't stem from a family gathering a few years ago when Josh dressed up as Santa and Emmett was absolutely terrified. There was no love for Santa at that point but it has been a developing story every since. You may recall that we mentioned in the summer that there was great wailing and grief in the Willms' home when Emmett's Playmobil Santa was lost. And then great joy when Grandma Willms found one in a toy store at almost the same time that Alisha found the missing Santa at home. (We are blaming Wendell the cat for hauling Santa away!) But now there are two Santas! 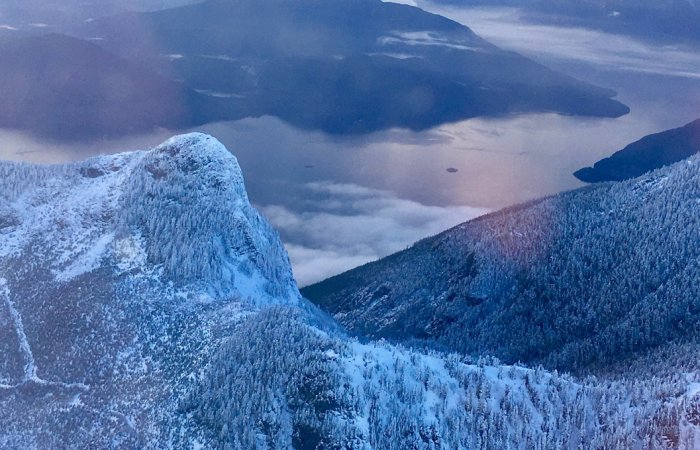 Last year Emmett was ill around Christmas and missed out on an opportunity to meet Santa and go for a plane ride with him. When Canuck Place in Vancouver announced that it was happening again, Alisha and Josh were very quick to get Emmett's name into the draw so that he might have the opportunity for two of his favourite things. Santa and planes. Because planes are right up there as special things for Emmett and, apart from an emergency air ambulance flight, he has never been in a plane. Nor met a real Santa (because it doesn't seem that his dad dressed up as Santa was very satisfying. The photo at the very top is one of Emmett's many expressions as he was on his one hour plane ride that flew from Vancouver over the mountains to Whistler and then circled back. He loved it and even with the elevation changes his ears didn't even bother him. Think about it, how do you tell a three year old who cannot swallow to swallow and reduce pressure on his ears! He does do a good job of yawning so that was an alternative. The scenery was absolutely fantastic.

Click here for a link to CTV's coverage of the Canuck Place and Air Canada Special Santa Flight. Emmett has a cameo in it.

CBC News has given us permission to share their coverage of the Special Santa Flight. They interview Charlie and her mom. This is the same Charlie that hosts the 10K walk, run, and roll to end SMA. There are also several more clips with Emmett visible!

Well, this trip was even more than Emmett was ready for but there was one huge flaw! As the family headed out of the house for this outing, Emmett had a huge fuss and tons of tears. There was no way that he was getting into his van. After all, Santa was coming to get him and pick him up with a plane! Right! LOL - eventually he calmed down and they were on there way to the Vancouver airport. After a lengthy wait, Santa appeared - with his upper body revealed through a roof top opening in the Dash 8 airplane. "I'm here, Santa! I'm here, Santa!" Emmett shouted! While he's getting louder, Emmett's shout is not too much above most kids inside voice. Even so, Santa heard him. We think. When Santa arrived in the building, Emmett was so excited about Santa that he was hyper-ventilating. Alisha and Josh first went into a minor panic and medical support roles as they weren't sure what was happening at first, then worried that if he didn't settle down that he'd have to miss the flight, and then as Emmett calmed down a bit they realized he was literally just so excited that he couldn't breathe for a few moments. Once he got his second wind, he grabbed his power chairs joystick and went charging off towards Santa - who was on the other side of the room. In process he almost plowed over a couple of other kids in wheelchairs (Canuck Place is a hospice for medically fragile little ones - running over them in a power chair would not have been ideal) because he had to get to Santa. 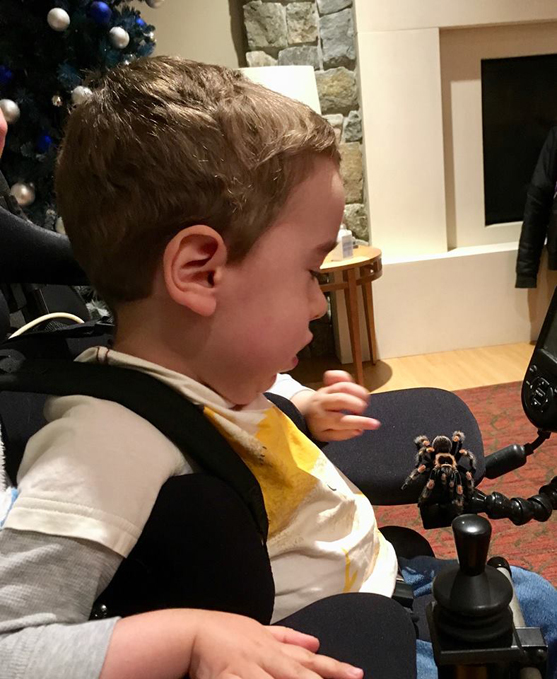 December hasn't all been Santa. There was an evening opportunity to visit Canuck Place - Abbotsford and to see a bunch of critters up close. If you look on his chair's arm rest you'll see a Tarantula that was crawling about and visiting him. The evening included a wide range of animals like snakes, turtles, rabbits, and other long legged bugs. Emmett also got a trip to Home Hardware to check out their offerings. The face mask is just in case anyone in the immediate vicinity has a cough or bug that we don't want Emmett to catch. 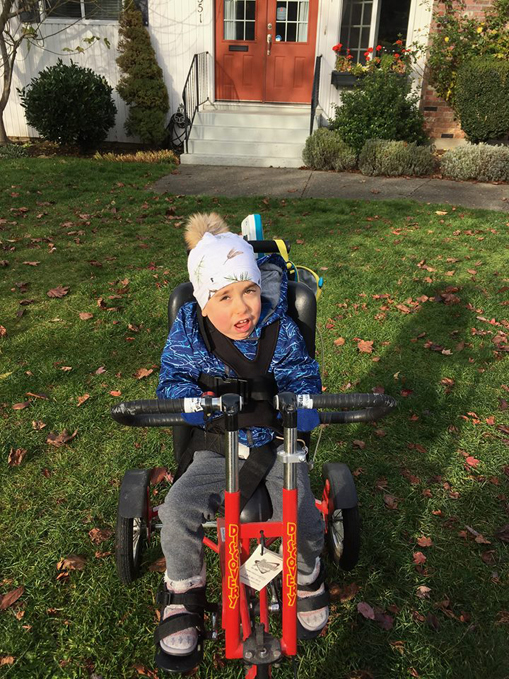 Emmett's Hippos have been left in the house now that December has arrived. Santa, Rudolph, and Frosty are his friends that are accompanying him on his outdoor excursions right now. And even though it is getting chilly out, Emmett is still out and about on his bike. He just upgraded it with a carrying rack that is mounted on the back and can hold his suction machine, food pump, and anything else that he needs to haul around with him.

We will say Merry Christmas and Happy Holidays now

but we're pretty sure we'll have another blog posting before the New Year.