Literally Bounced Back to Health: Day 14

Emmett seems to know that there is no time to waste. He was sick. Very sick with RSV and it was absolutely terrifying. But now he is better and he wants to come home. He hasn't had any pain medication since the weekend. He's required almost no deep suctioning since he was extubated on Monday - and none in the last 36 hours. Yesterday he went almost six hours with no breathing support. None. And when he is receiving support, it's now on his normal home settings and with his little elephant nose mask. His lungs are clear. He's eating food normally. Well, normally for Emmett as it's by G-Tube. (Nothing by mouth. Not even water. While he's dabbed his tongue in ice cream, he's never licked a popsicle.) He's talking and chatting and laughing. He's bored out of his mind and wants stuff to do. The most fun he's had this week was when they moved his bed to another room on Monday and then again on Tuesday. That was fun because as they moved down the hallway his Daniel Tiger balloon kept bumping it's head on the ceiling. Emmett laughed at that. Of course, the nurses won't race his bed up and down the hallways the way that he would like. It was just from room A to room B and then stopped. He wanted to keep on going.

He hasn't even gotten to go up to the fifth floor to check out the outdoor patio and garden. Maybe another time - when he's at the hospital visiting someone else! And not a patient himself.

Is this the normal recovery mode from RSV? Well, so far Emmett seems to have surprised most everyone on his medical team. It's certainly surprised all of his family. But it hasn't surprised Emmett. To him, it's now just another day. He was sick and now he isn't. Time to go exploring! But not at the hospital, at home please! When he was awake, he was not ready for any photographs so his hand was up to cover his face. But I assure you that behind that hand it is actually Emmett. When will he be discharged? Not today but just maybe ... very soon. 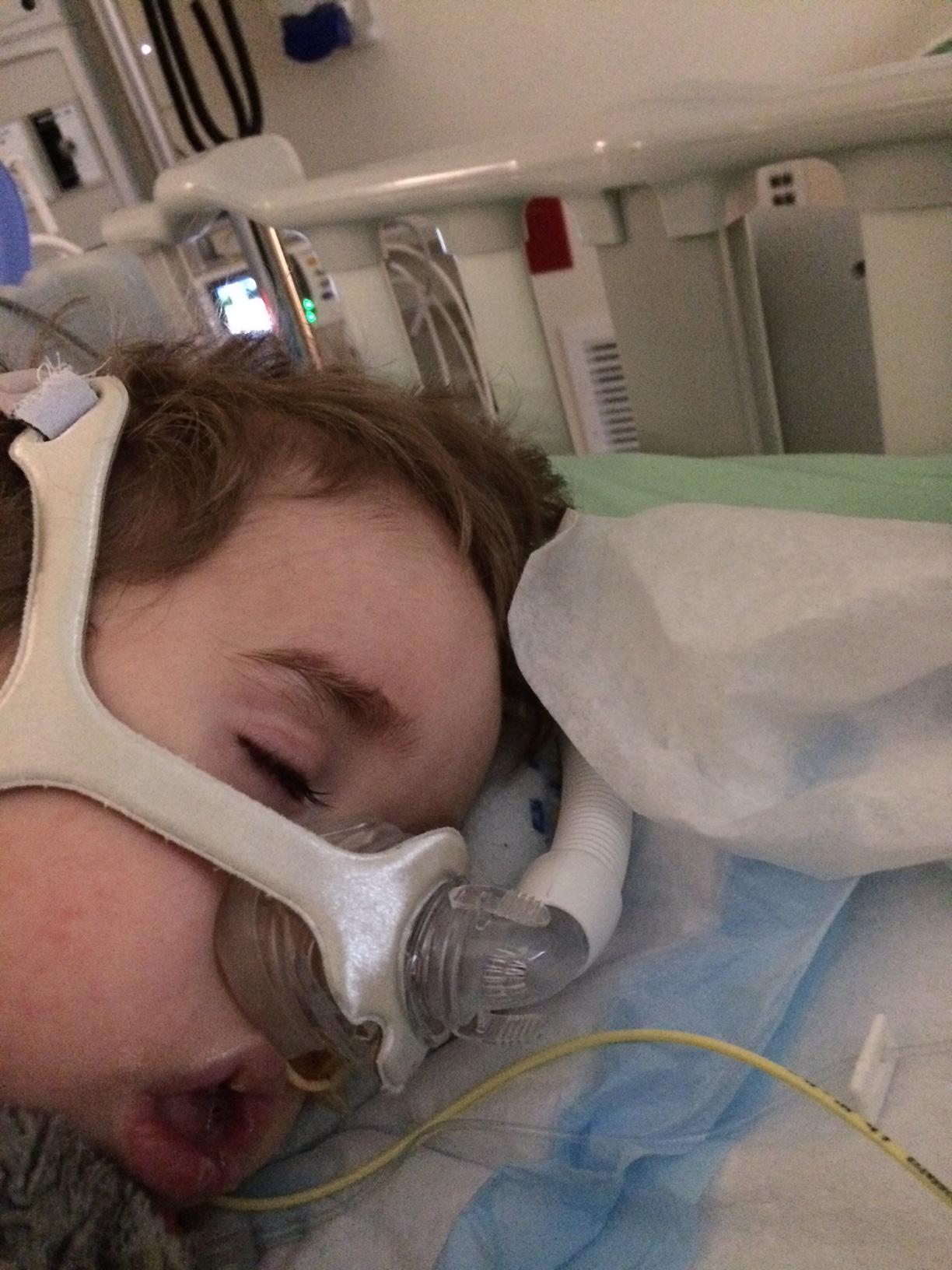 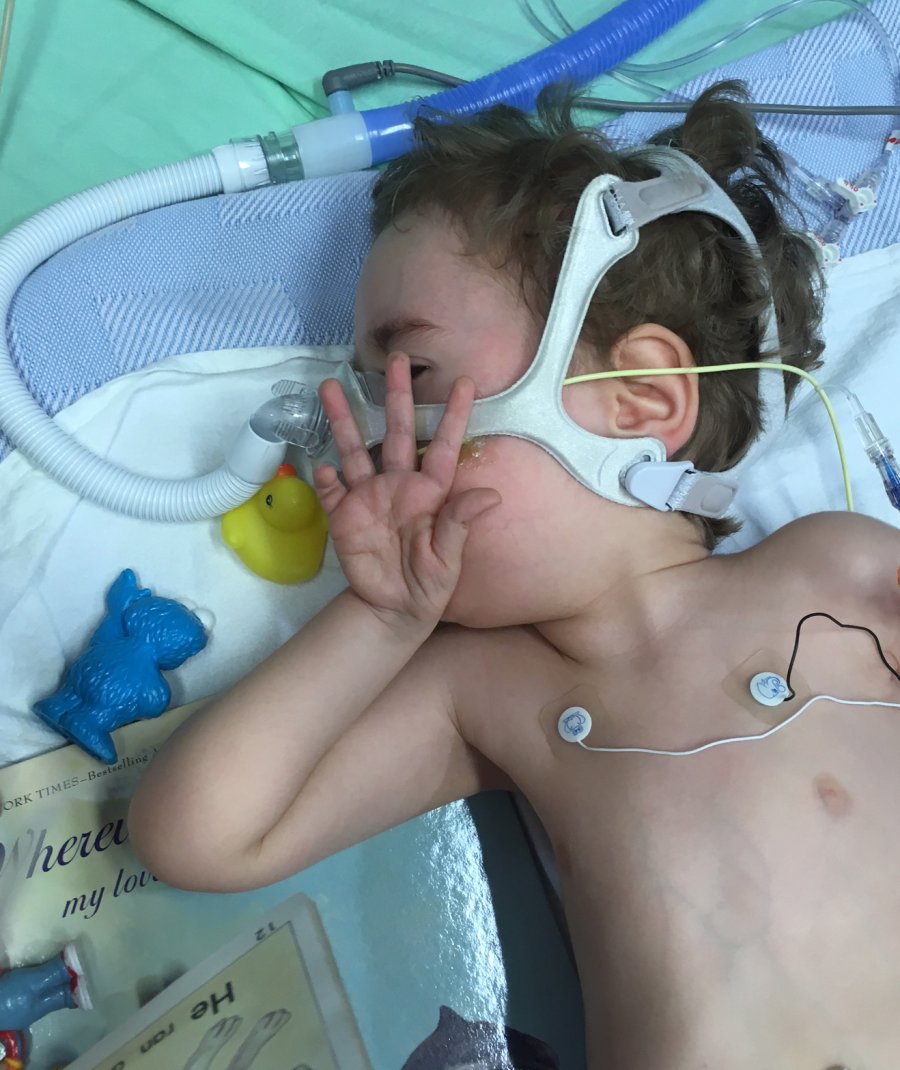 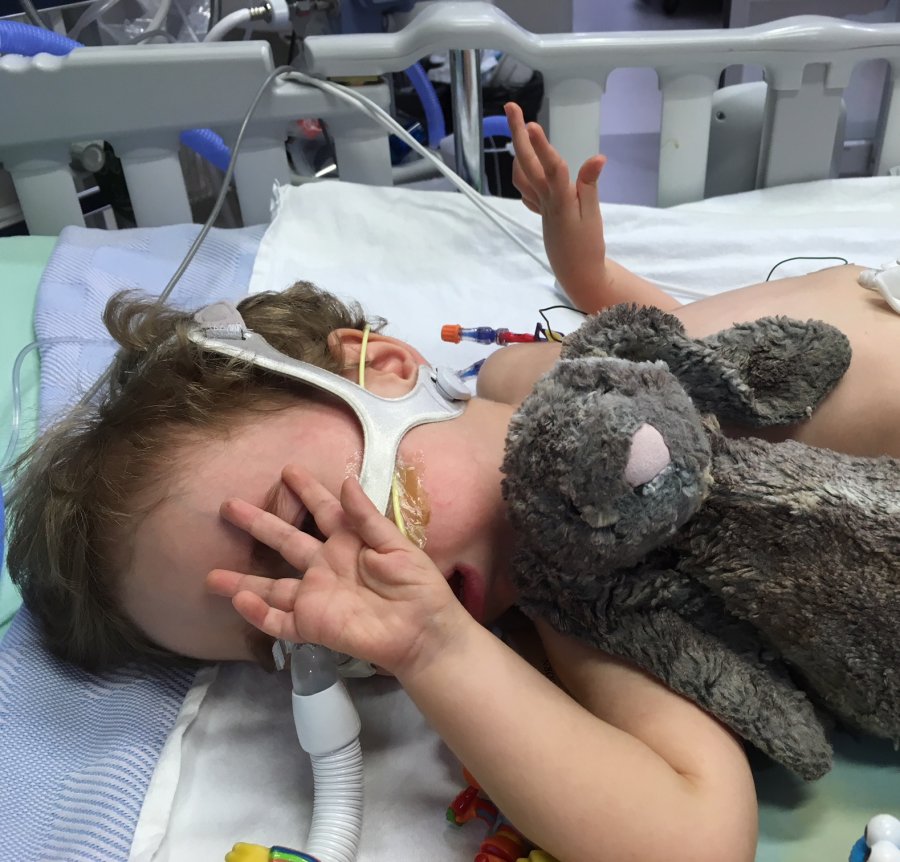 So wonderful to see his face without all the masks - amazing little guy!!
Categories
Archives
/dailyweekly-thoughts.php
Site proudly sponsored by OSM | Powered By SiteApex