September - What a Month! 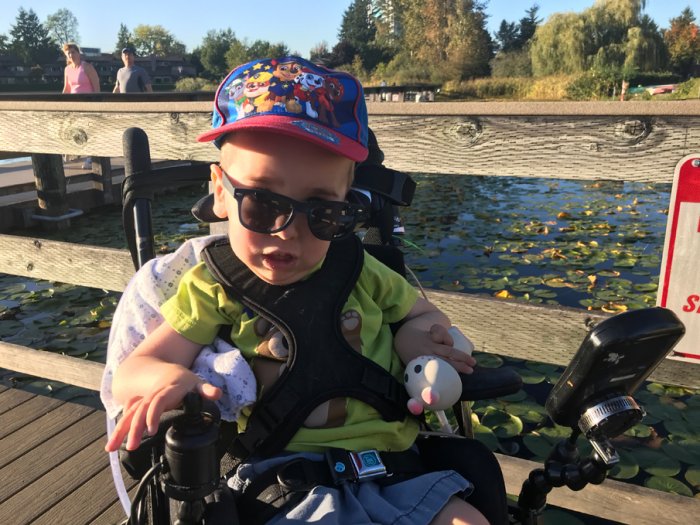 Out for a roll on the Boardwalk!

This has been quite a month for little Emmett. Of course, you're very aware of his lengthy stay in ICU as he overcame a cold. It was hard on him but he was really a happy little camper throughout the ordeal. But that all changed just a day or two after he was released. He came down with an infection that was not easily identified and he was simply miserable. He didn't want to be touched, picked up, or held! While the last blog post shows him in his wheelchair, he really hasn't been in it much since then. It literally seemed like he was crying and moaning all of the time. This little boy whose normally brilliant smile is everywhere was miserable and simply had trouble smiling. His sleep was disrupted. Everyone's sleep was disrupted. Finally, after a couple of doctor visits, Emmett got on an antibiotic for what Emmett could now describe by pointing to his ear as a very sore ear. He had a bad ear infection. And just now, at the end of September, is he finally bouncing back. 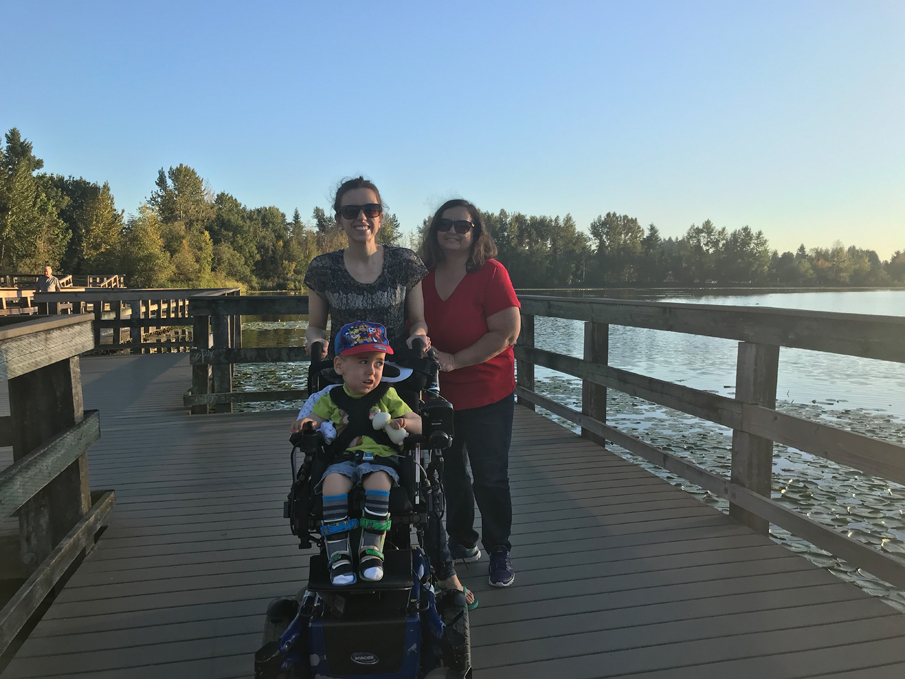 The ongoing challenge is that Emmett has really lost a lot of strength over this past month. Even as he is bouncing back there are obvious concerning factors. He does not like sitting up right now. This was a huge milestone that he had attained and we know it will come back, but right now sitting up is obviously very uncomfortable for him. He is still bringing his knees up, raising his arms, and rolling to his side. Obviously, we are concerned when we see anything that seems to be holding him back.

The good thing is that Emmett is smiling again. And talking. Unless his cousin Henry is nearby. Or if he's on FaceTime with his Uncle Josh. Or meeting with his speech pathologist. Or virtually any guest/stranger. Then Emmett's eyes become fixated upon someone that he knows and he clams up. Once they leave, however, then a stream of two year old language lets loose! I can understand not talking with Henry, because baby Henry is going to be laying claim to Emmett's toys so he is already showing dominance by being aloof. And Uncle Josh does have an American/Australian accent which is confusing. Why he won't talk to his speech therapist when he loves to chat with his nurses and doctors - mystifying. 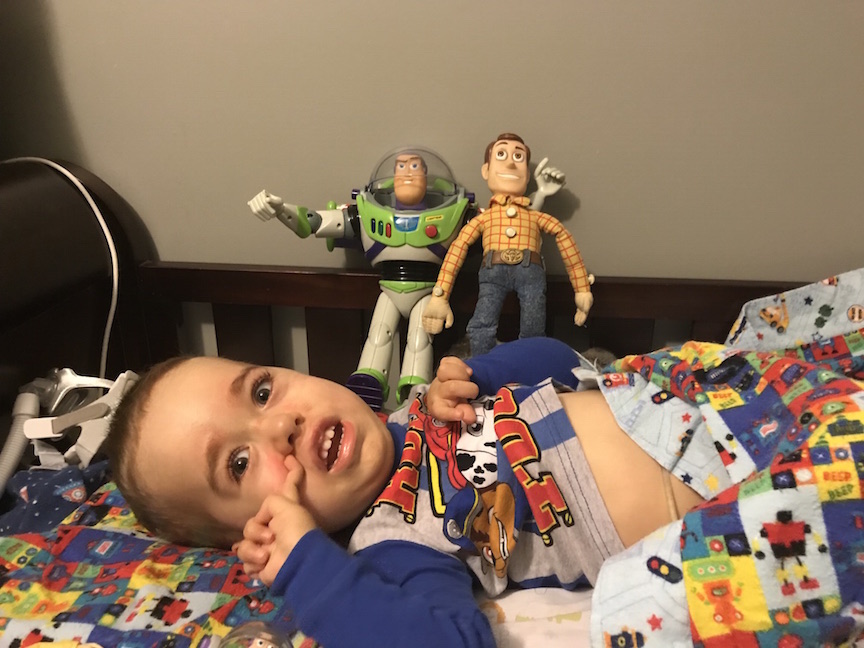 There is a lot of anticipation about Emmett trying out the MegaSeat wheelchair that we built for him. Unfortunately Emmett is not ready to use it. He has to be comfortable sitting with limited support before he can use this homemade device. So right now it looks cute and Winnie the Pooh has claimed it as his spot! But whenever Emmett is ready for it, we'll give it a go. Several of the photos included have Mill Lake in the background. We had a lovely stroll and roll with Emmett the other evening. He loved seeing the water, the ducks, and the geese. He's relatively comfortable in his electric wheelchair now - because it has significant back support and, if required, head and neck support also.

This weekend he'll be heading to Camp Squeah with his parents and us for Level Ground Mennonite Church's fall retreat. The weather forecast is not the most promising, so we will let you know about our weekend retreat soon. Until then, Emmett's going to be rolling along. But a little bit slower for the immediate future.

If you're curious about the DIY Wheelchair click this link, then there are more details and a parts list on MotoIQ.com - great to see an online automotive publication take an interest in a project like this. I'm glad to be associated with  them.