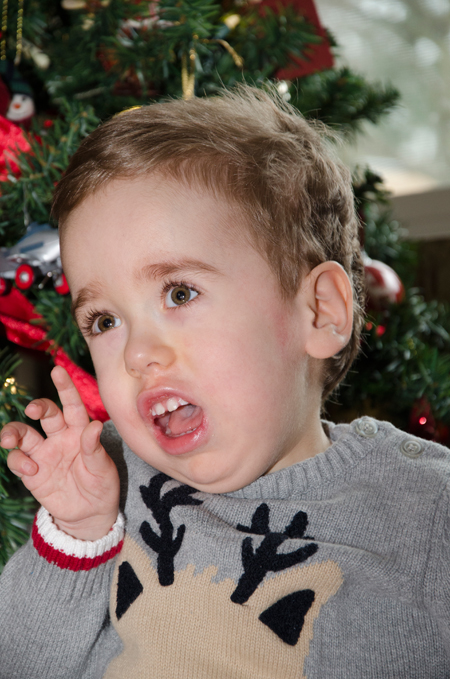 Emmett has been so excited about Christmas for weeks. At night while outside he would look up into the sky and exclaim, "Ho! Ho! Ho!". Inside he would want to have parts of the Nativity scene - to hold and play with, specifically Mary, Joseph, and the baby Jesus. So when he had the chance to meet Santa face to face, well, he did what most every other two year old would do! Cried and tried to get away! Ha Ha Ha! Even though Santa was his dad ... and even though Josh had put on the Santa suit right in front of Emmett ... it was pure childhood terror! Honestly, there must be more adults with Clausophobia (it's real, look it up on Google if you don't believe me!) than with Coulrophobia. Fortunately, it's only if Santa is up close that Emmett has a negative reaction.

Of course, if Santa is at a distance or a small toy figure then Emmett is all over it! Emmett was right into the Christmas spirit. Helping his dad pass out presents! Telling his mom what was in the presents that she was getting! And he was right, too! Josh handed Alisha one of her presents and Emmett piped up, "Tea Pot!".  Then of course there was present time - Emmett loved presents. He would sit and point at the present that he wanted to open next. His expressions were fantastic - especially when the present was clothes! After the first sweater, some disappointment was evident until prompted by mom or dad to express joy and happiness.

This was also a white Christmas in Abbotsford, so Emmett got to head out on his new sled. He handled it incredibly well while it was stationary. Once it started moving, however, he simply couldn't keep his head held upright. He was quite fine and not injured at all - except for his feelings as everyone who witnessed it live or video couldn't help but laugh. 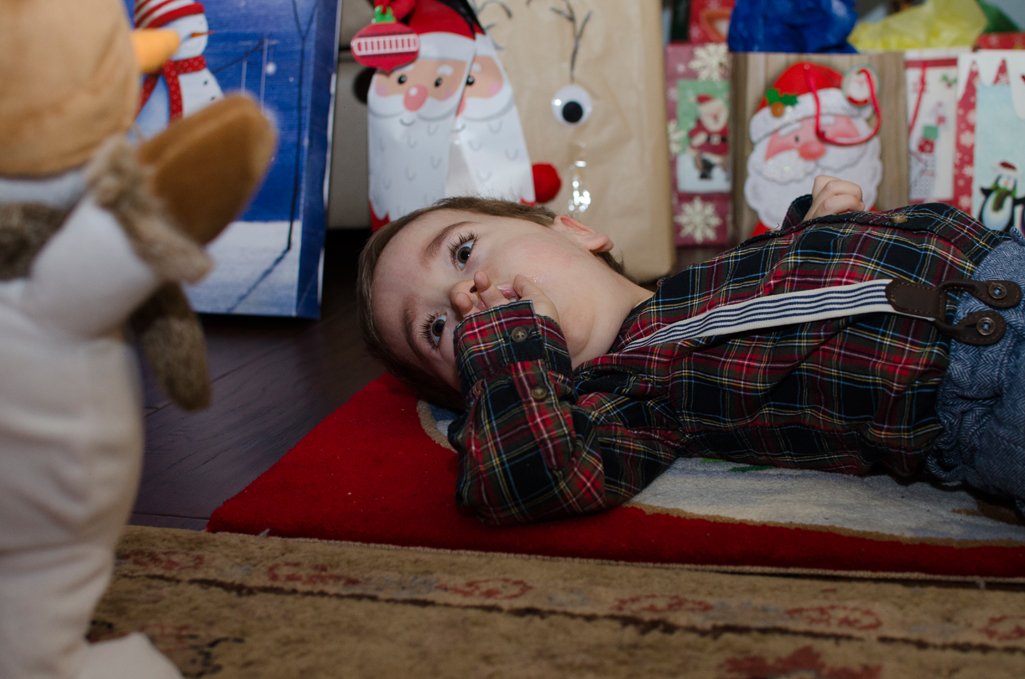 The conundrum of dealing with a medically fragile child. For example, little ones often grab at and sometimes can break necklaces, glasses, and other items often worn by an adult. Of course, with Emmett that has not been an issue. He either couldn't reach or, even if he did, didn't have the strength to do anything. Well, the other night he grabbed my glasses and hauled them over to his face. That was so awesome and I was so proud of him. In fact, I looked through his handprints on my lens all night long rather than pulling a tissue out of my pocket and cleaning them. Then as we were getting him ready for bed, he started grabbing diapers and tossing them onto the floor. Perhaps his mom and dad would have stopped him, but he was having so much fun and I loved watching him grab a diaper with his left hand, pass it to his right hand, and then toss it onto the floor! So I let him continue to do it. (And since his grandma picked them up, I didn't even have to clean up the mess that the two of us made!) This grabbing certainly came in handy with Christmas presents! In the video you'll note that Emmett does a pretty good job of grabbing onto tissue paper and pulling it out of the way. What really made us laugh was his impatience when we were chatting and not passing him presents. You'll hear a very distinct, "Hey, Daddy!" coming out of this little one. His personality is so charming! There may be a little bit of spoiling going on, but that is something that Grandparents are supposed to do.

From here on it is simply pictures! Merry Christmas from Emmett, his mom (Alisha) and dad (Josh), and his grandparents Rhonda and Roger Willms and Frank and Pamela Ewald. Have a Happy New Year too! 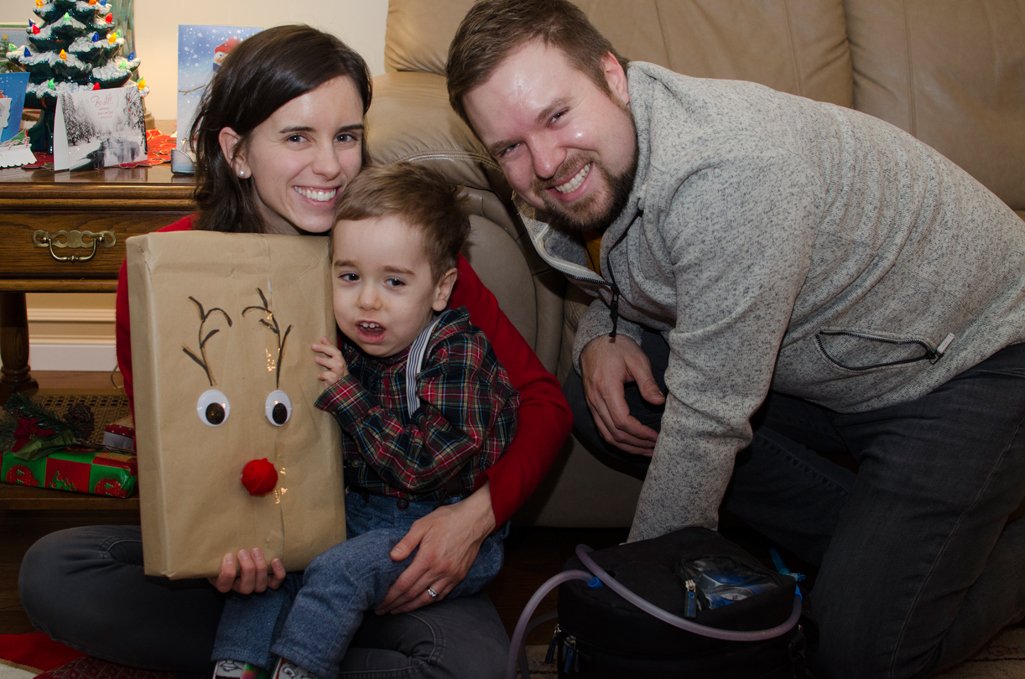 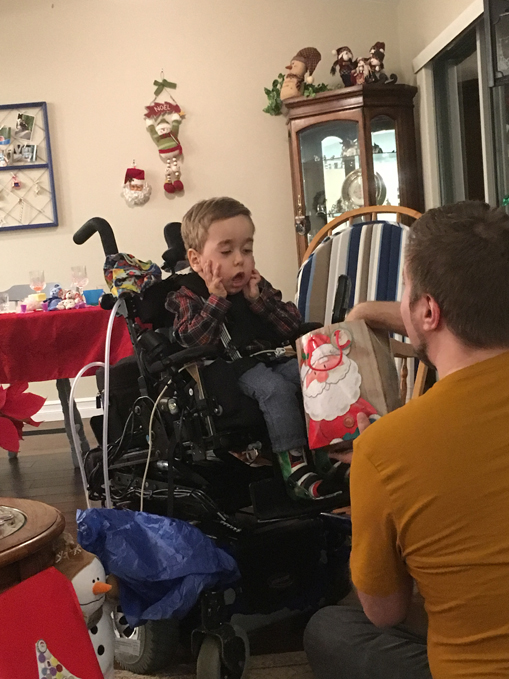 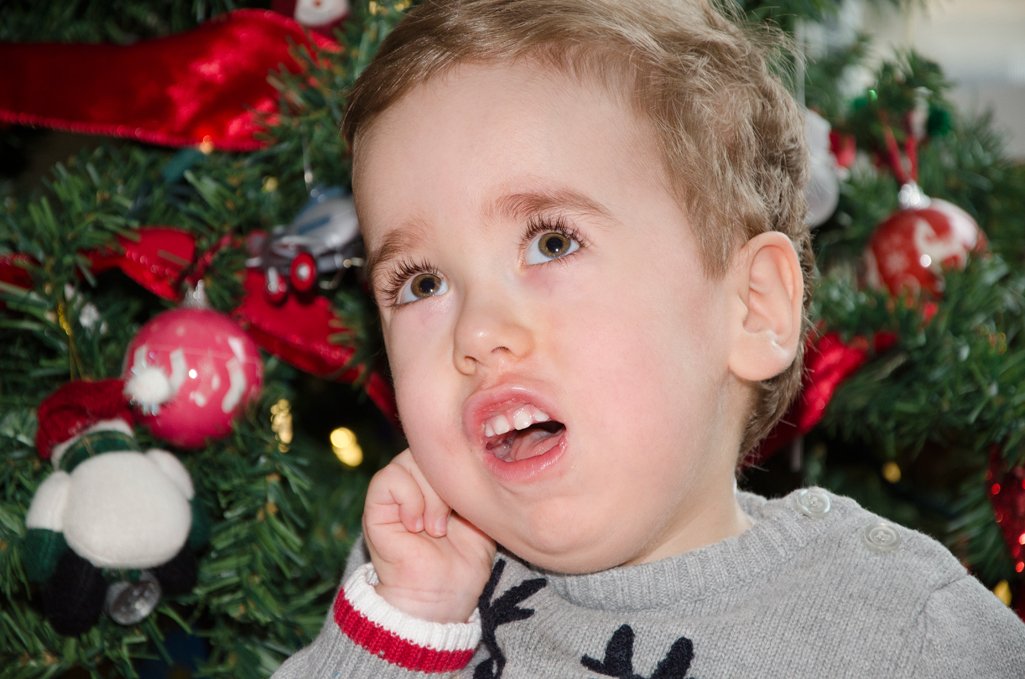 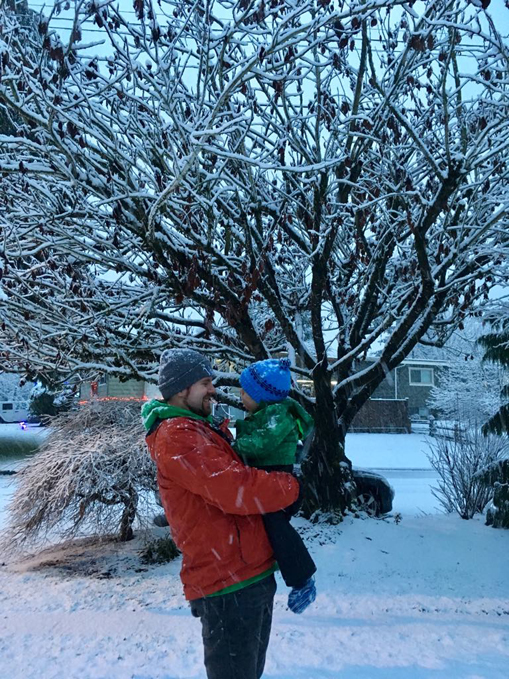 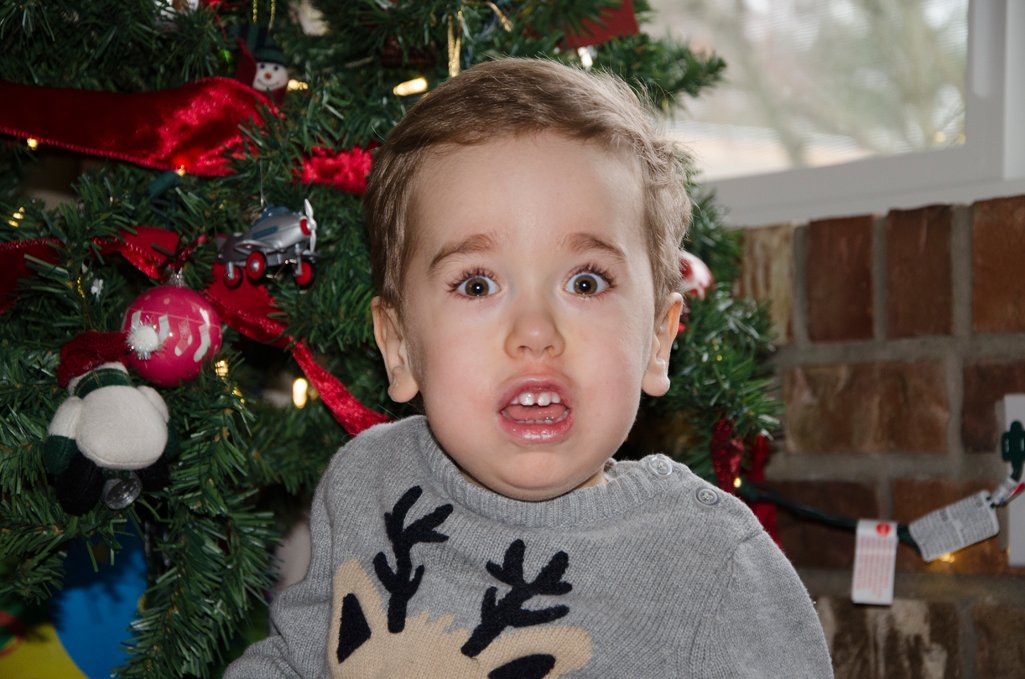 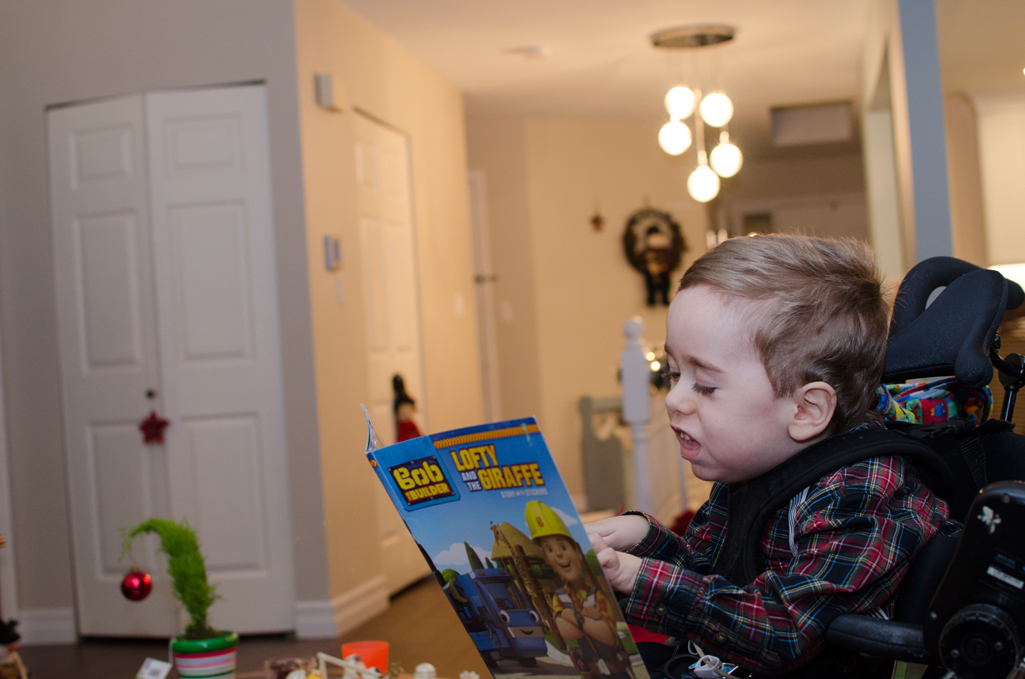 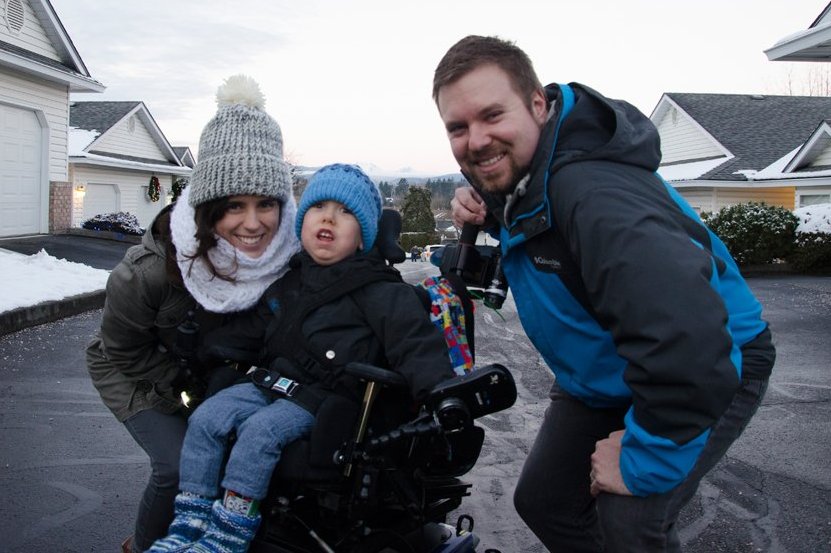 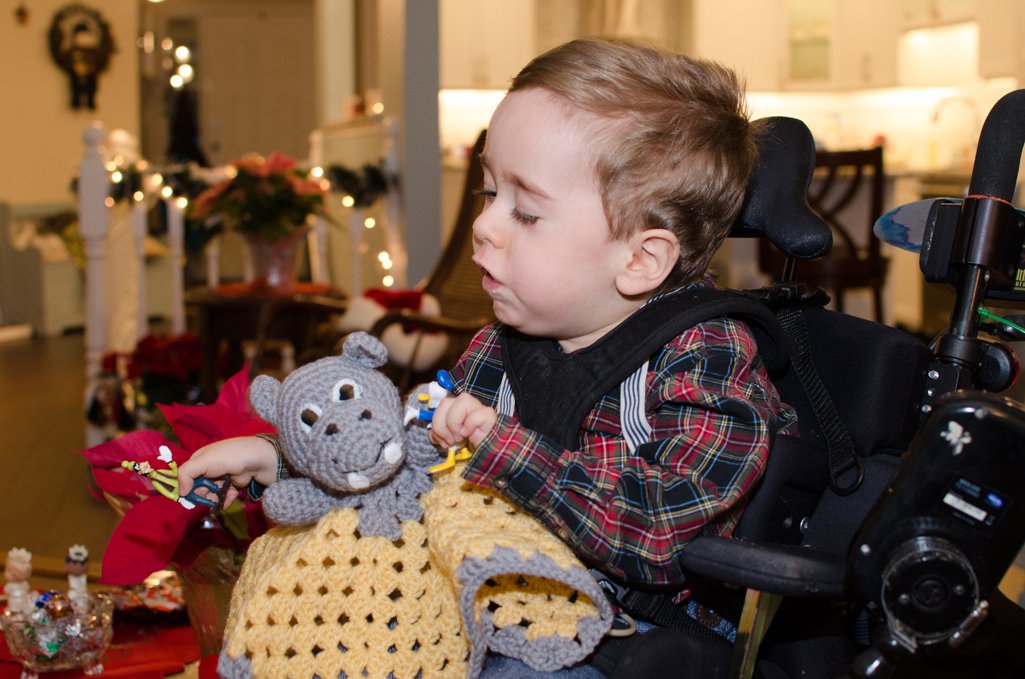 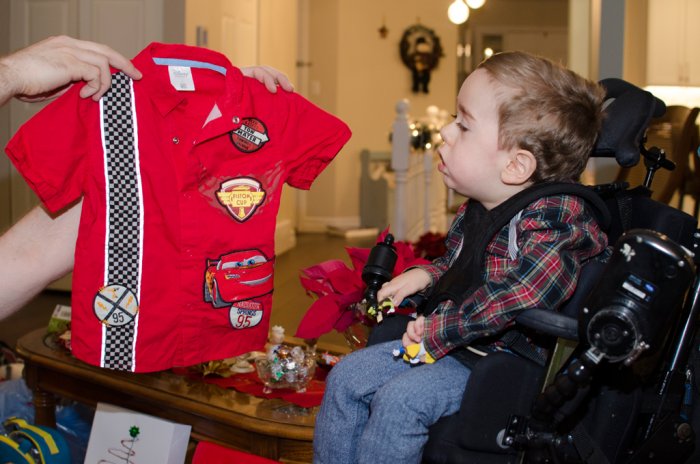 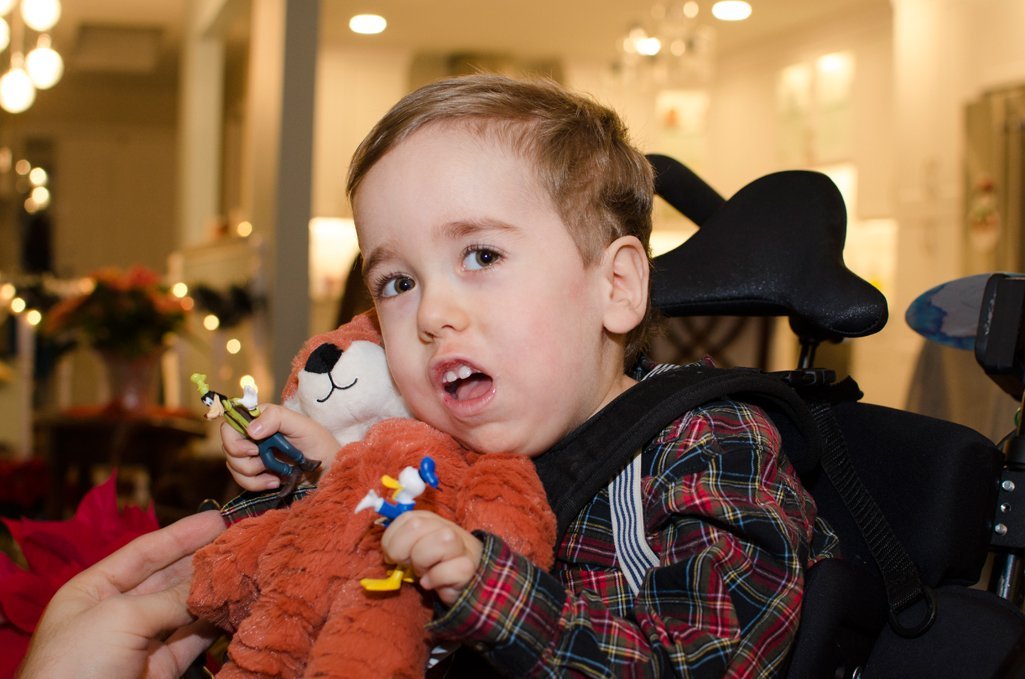 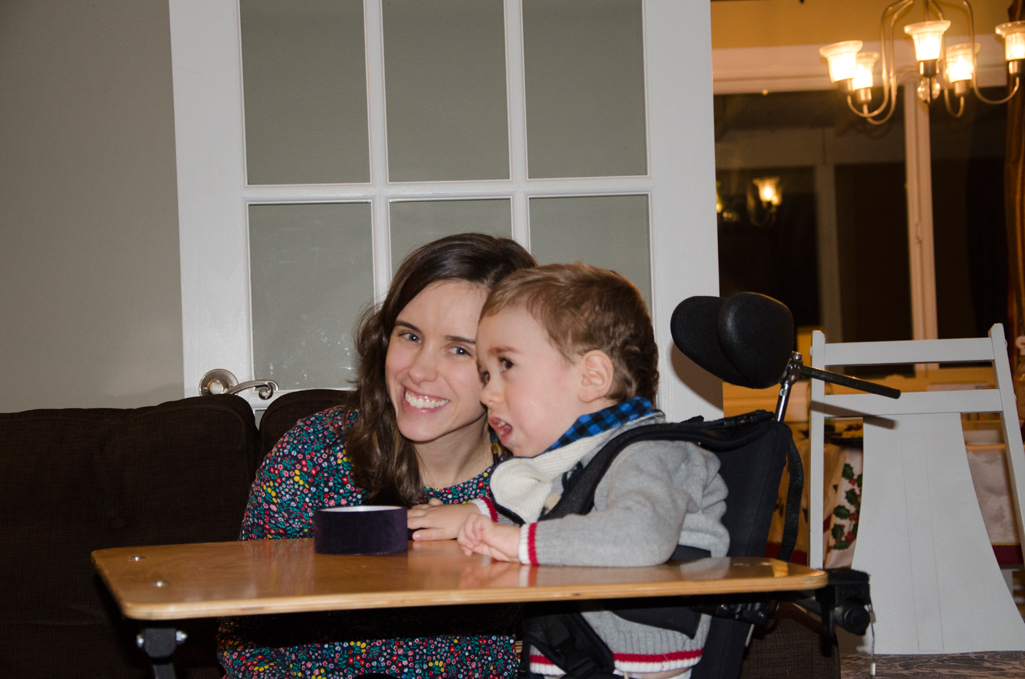